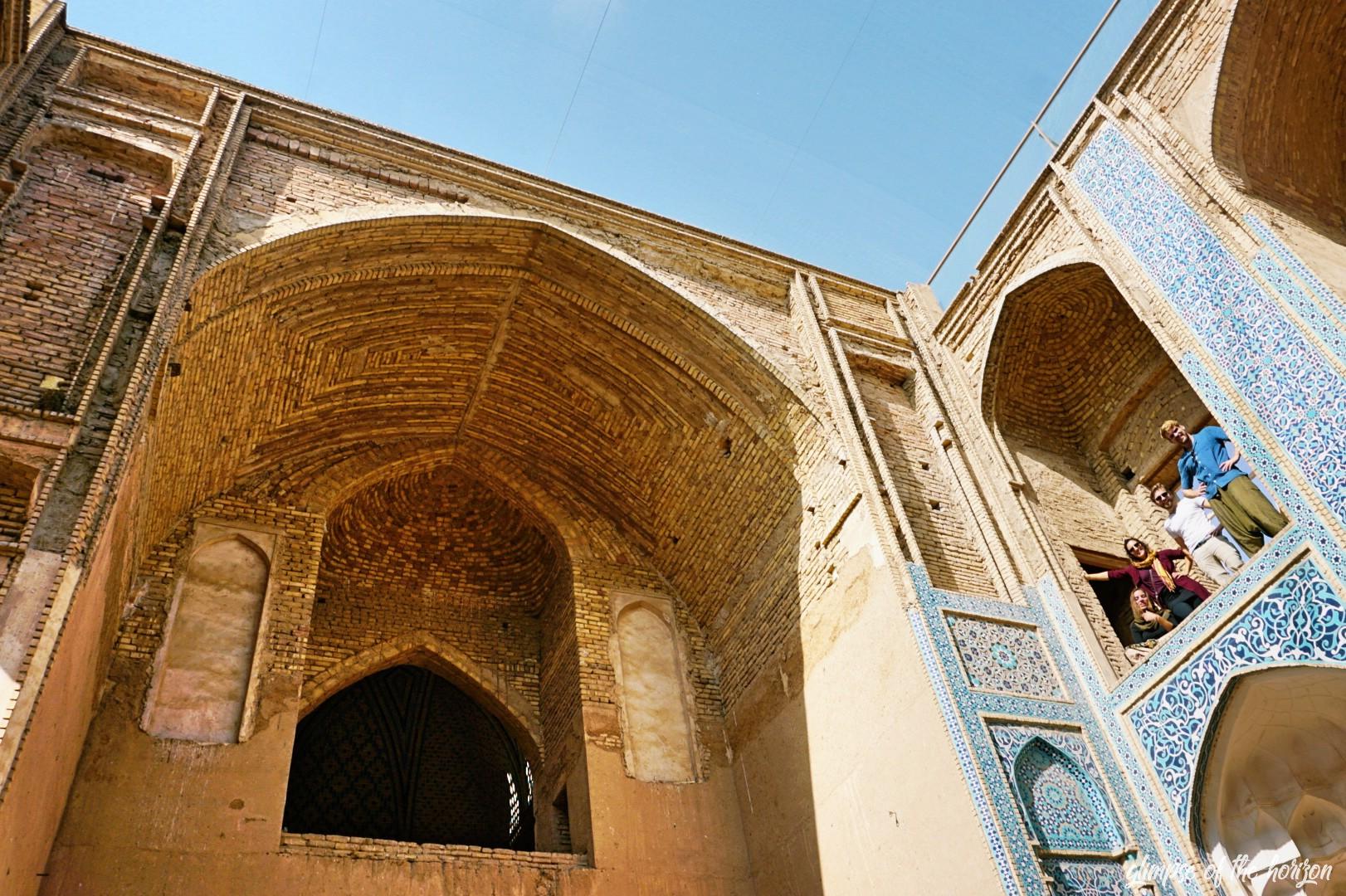 Yazd – Labyrinth in the Desert

The bus took us from Isfahan to Yazd. The city was founded in the middle of the desert at an oasis about 5,000 years ago. Its inner city is a single big labyrinth, in which one can quickly lose oneself and fall in love. Since 2017, the old town has also been a UNESCO World Heritage Site.

When we got off the bus after the five-hour journey, we breathed deeply. The air was phenomenally good. One noticed that the wind from the adjacent desert blew into the city. After the big, traffic-heavy cities Tehran and Isfahan it was completely different here.

We didn’t know much about Yazd. Sometimes we even thought about deleting it from our route in order to have more time in other places. Above all, so we were told in many places, Shiraz would be more worth seeing in comparison. After some considerations we decided to definitely visit this city. Simply because it seemed so different.

And it definitely was. We decided to explore the city ourselves without any further information. Together with a Dutch couple we met in the hostel we just went to the old town. The lanes are narrow and angled. In fact, cars crowd between the walls and people. 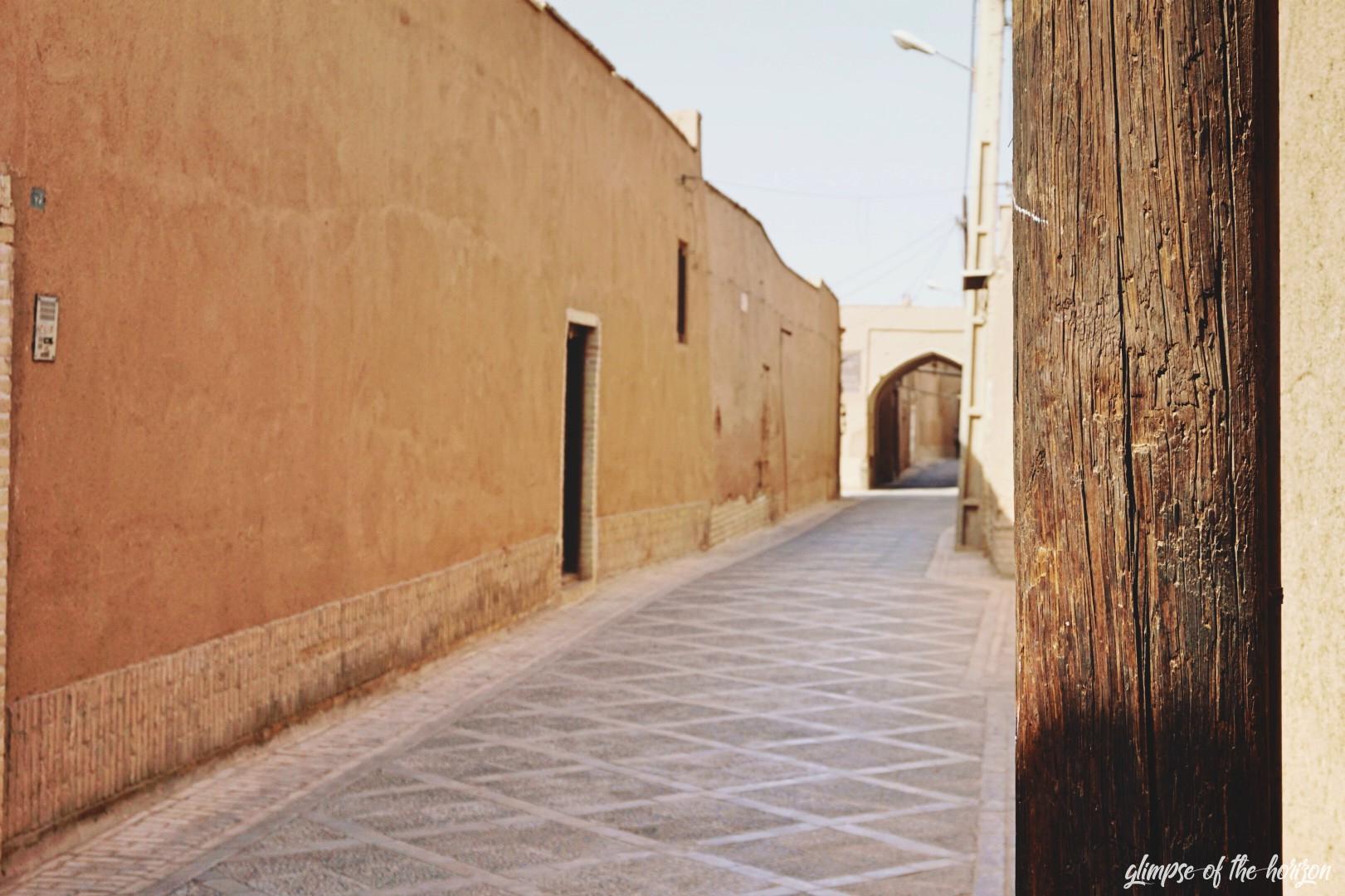 The walls were all covered with a mixture of clay and hay, which you could easily scrape off with your fingers. Underneath there was massive stone. This coating helps, because the buildings have to protect themselves from the strong sun to stay cool. 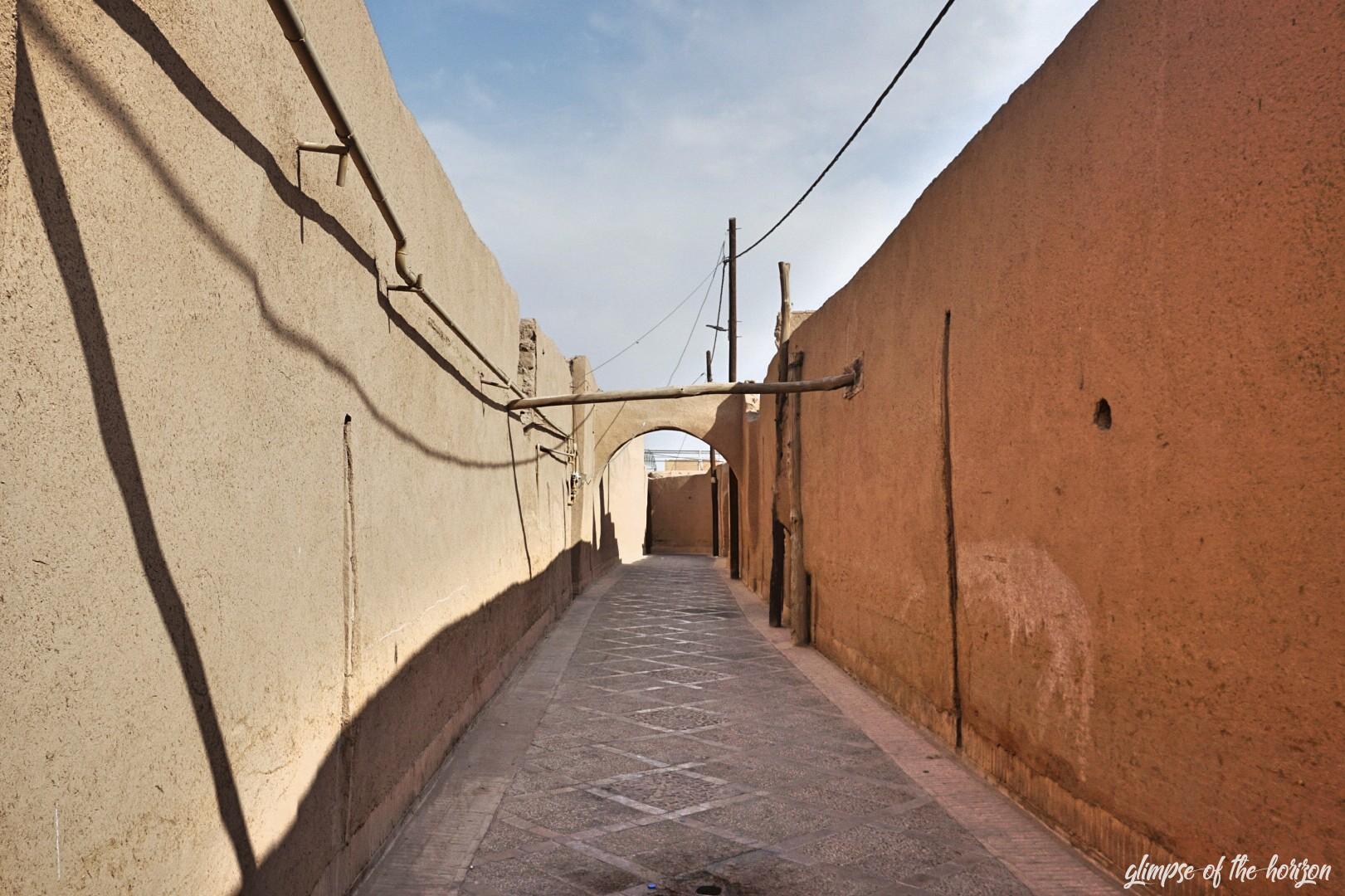 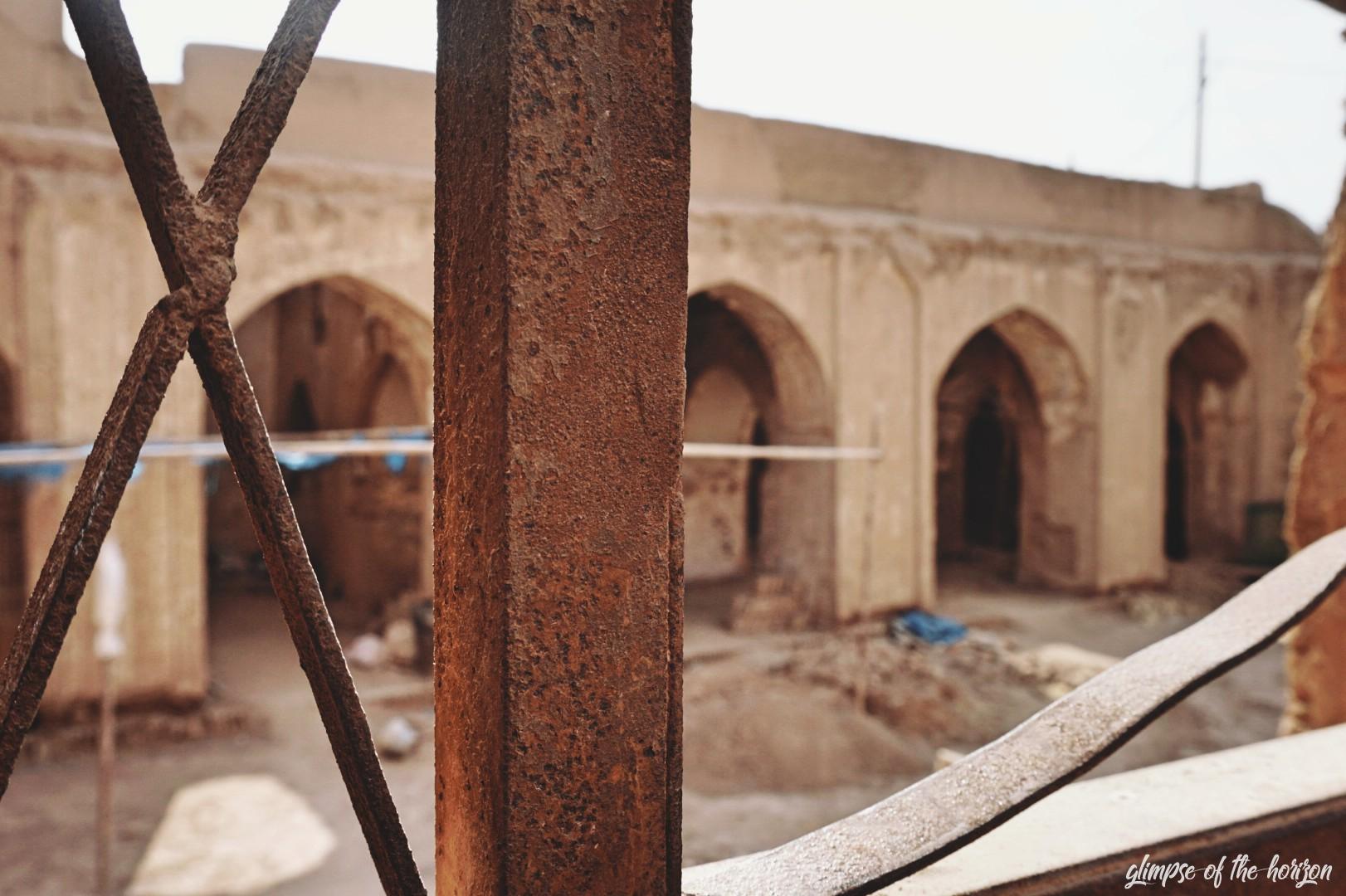 As a tourist, you also have to keep a cool head: The old town is one big labyrinth. Many roads lead to nothing or to a door to a private house. And some brought us to abandoned houses and even ruins of mosques. The old town is exciting. Many of the houses have roof terraces from which you can overlook the entire labyrinth. 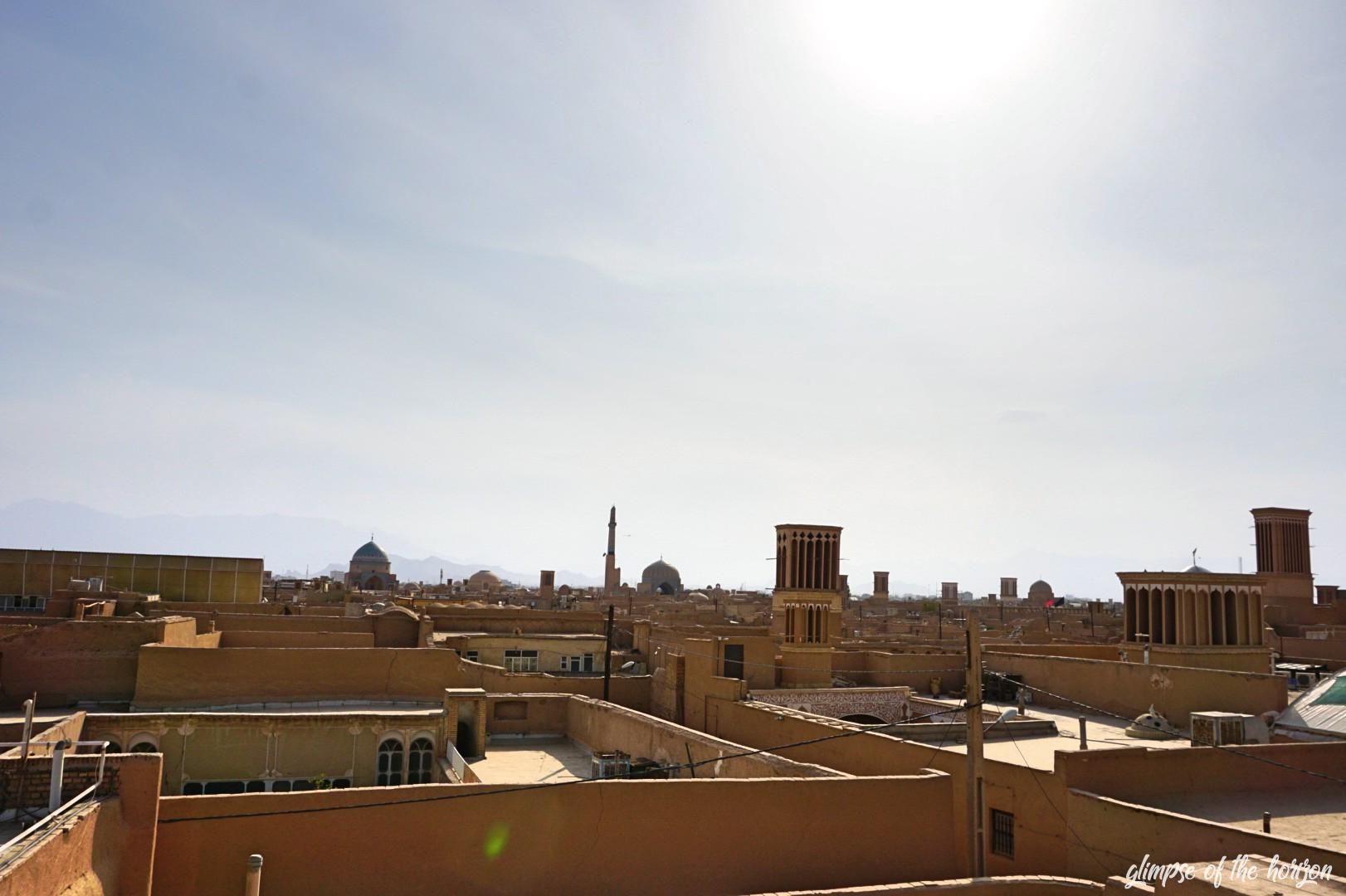 Here you can also visit the water museum. This is especially interesting because the water supply of Yazd is still based on systems that go back to antiquity: Water channels were built in the mountains, which were built via a far-reaching pipe system into the city. This made it possible to keep the city alive even after the nearby lake had dried up. 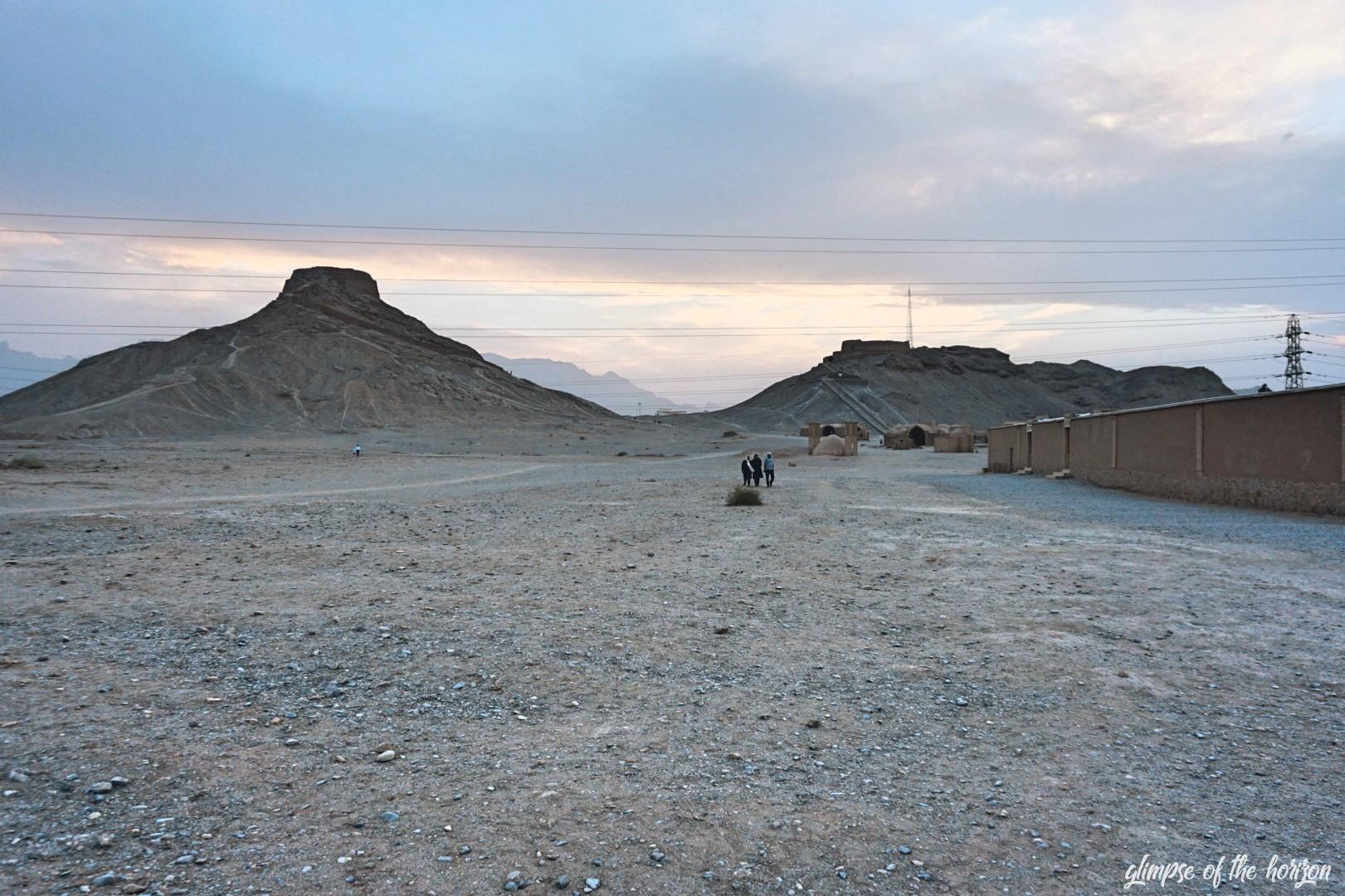 To understand in which landscape Yazd was founded, we drove to the Tower of Silence. But these are not towers. The Tower of Silence are rather two big hills at the outskirts of Yazd. After a short ascent of five minutes, one gets to the top of one of the two hills. From here, one has a wonderful view over the surroundings. 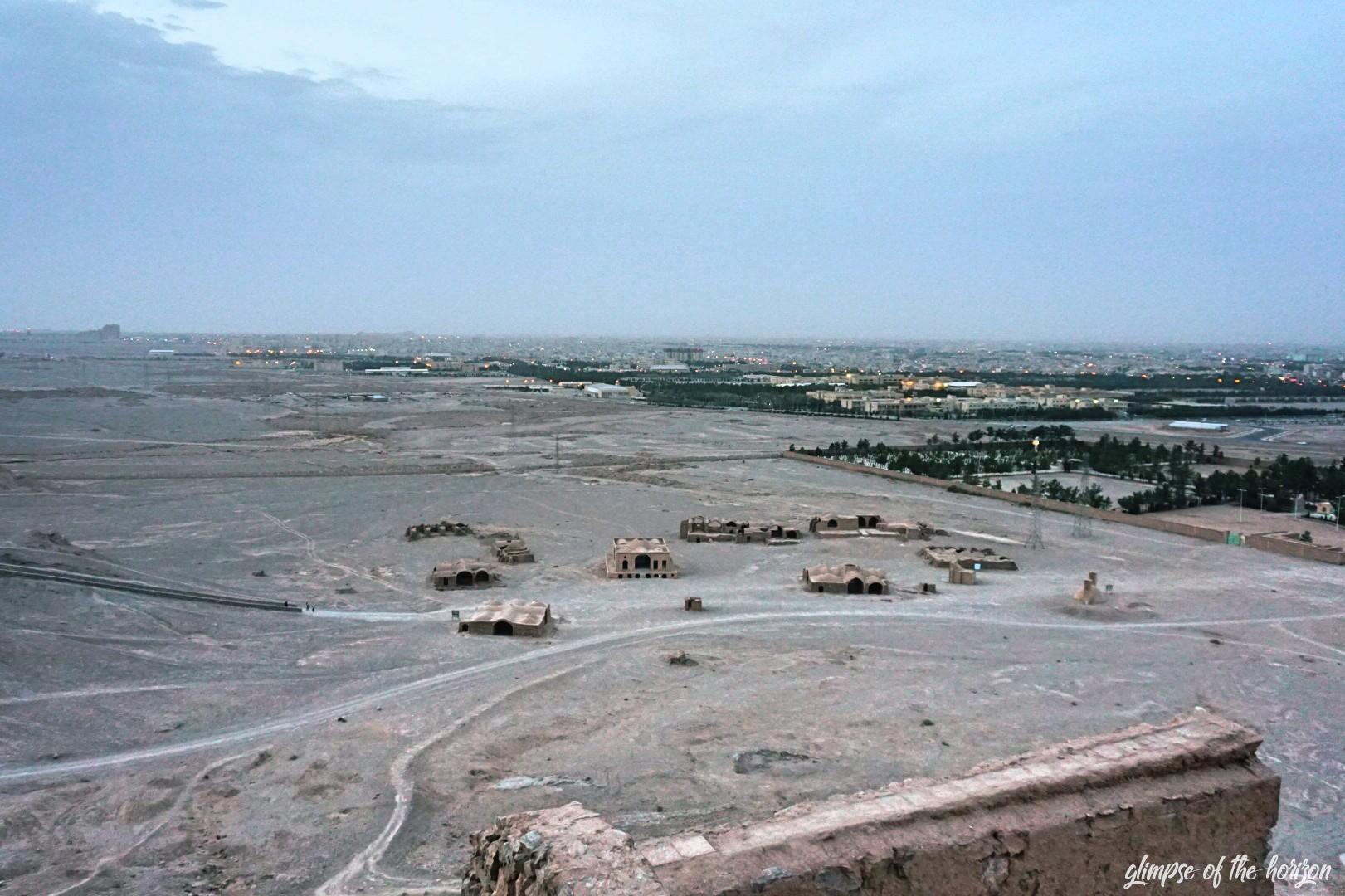 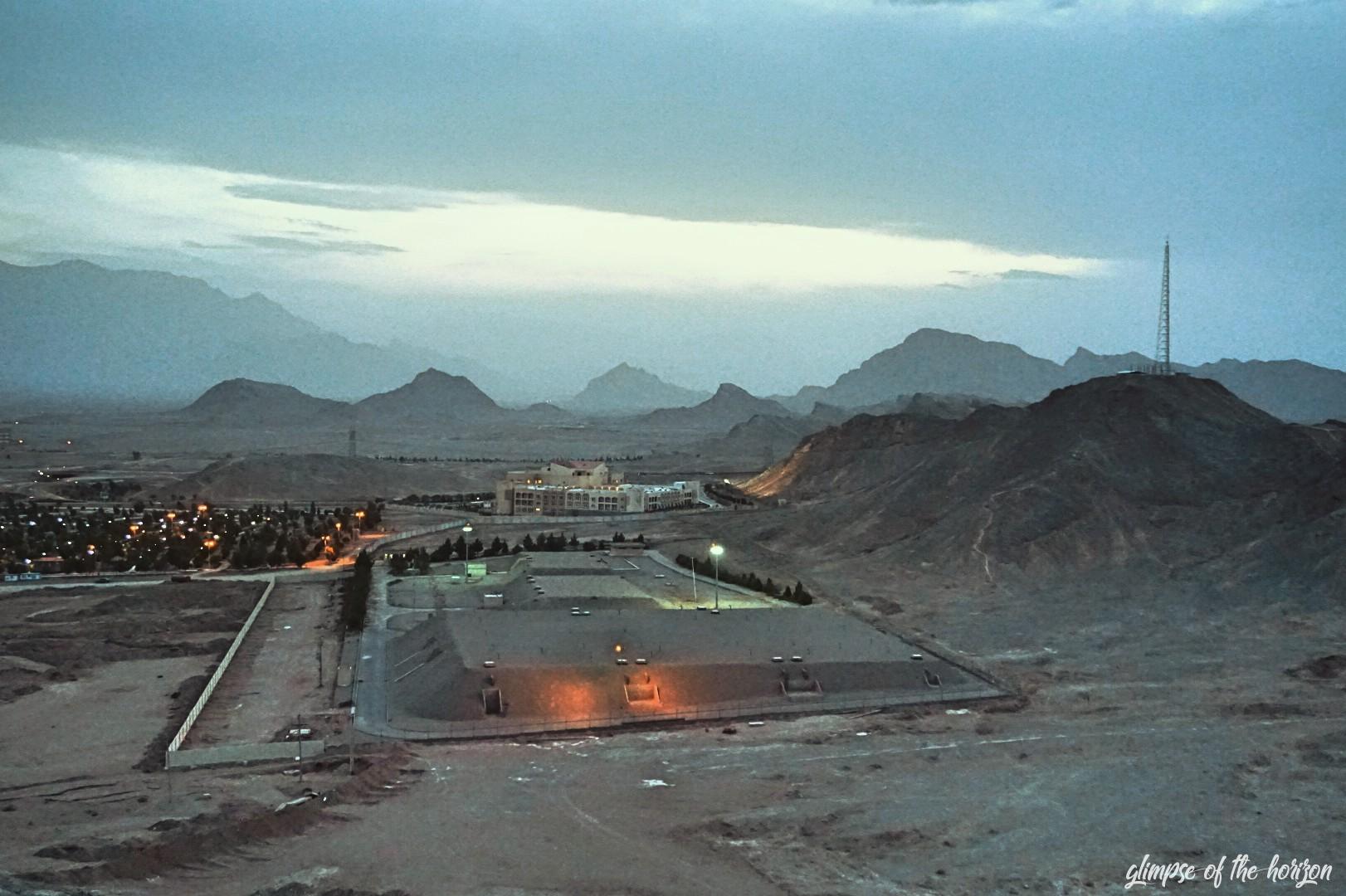 The wind blew strong and yet it was very quiet up here. But that was not the reason why they are called the silent towers. From ancient times until 1970, the Zarathustrians, who have their centre here in Yazd, brought their dead to the summit to be eaten by birds of prey. This was done out of respect for the dead so as not to bury them in the ground. Then the bones were buried in the houses. 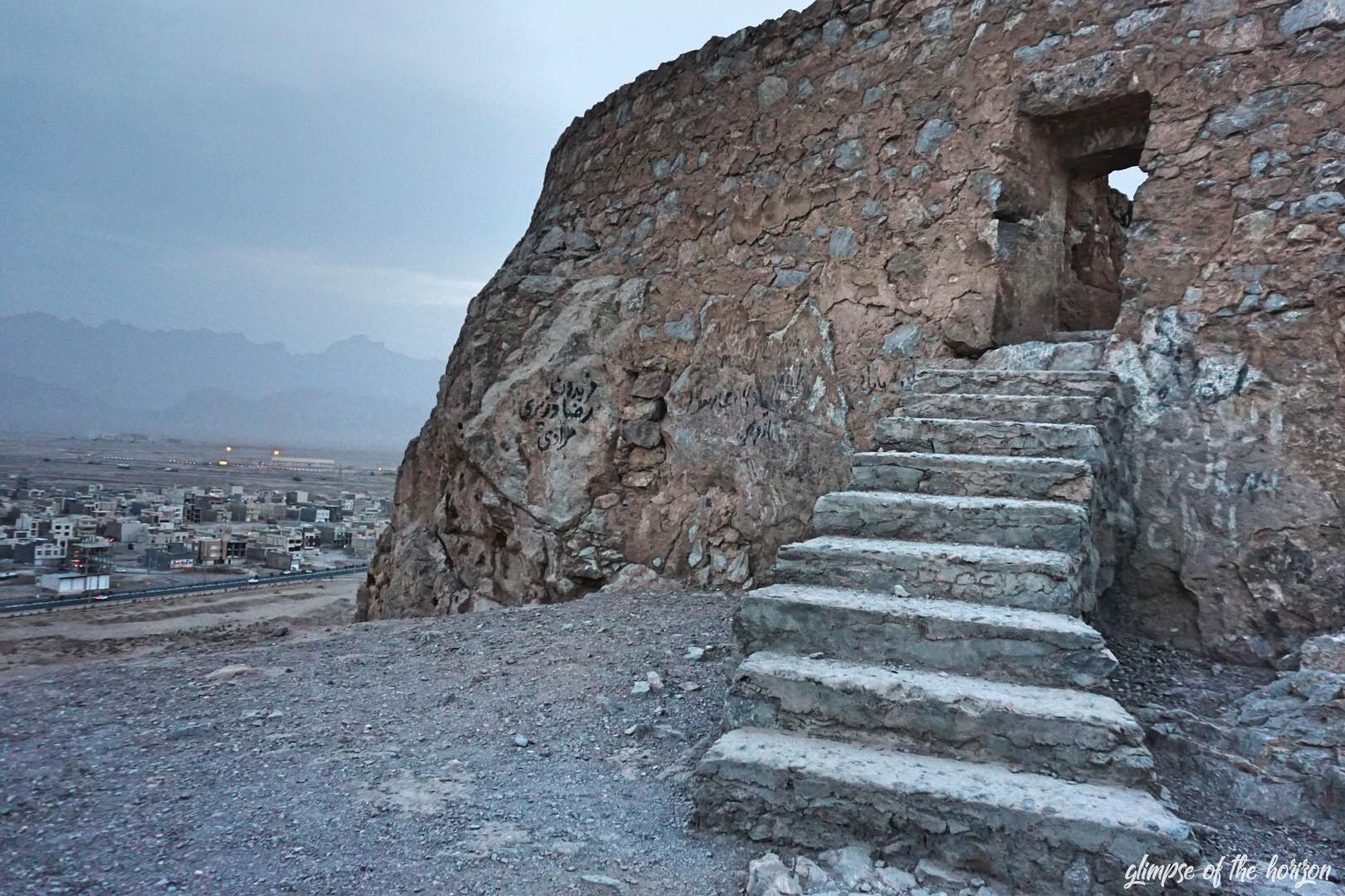 The people in Yazd are more religious than in Isfahan or especially in Tehran. But one only notices this partly by more overcast clothes. Religion is the thing of everyone himself. Fire temples of the Zarathustrians stand next to the magnificent mosques of the city. Yazd is open and quiet. 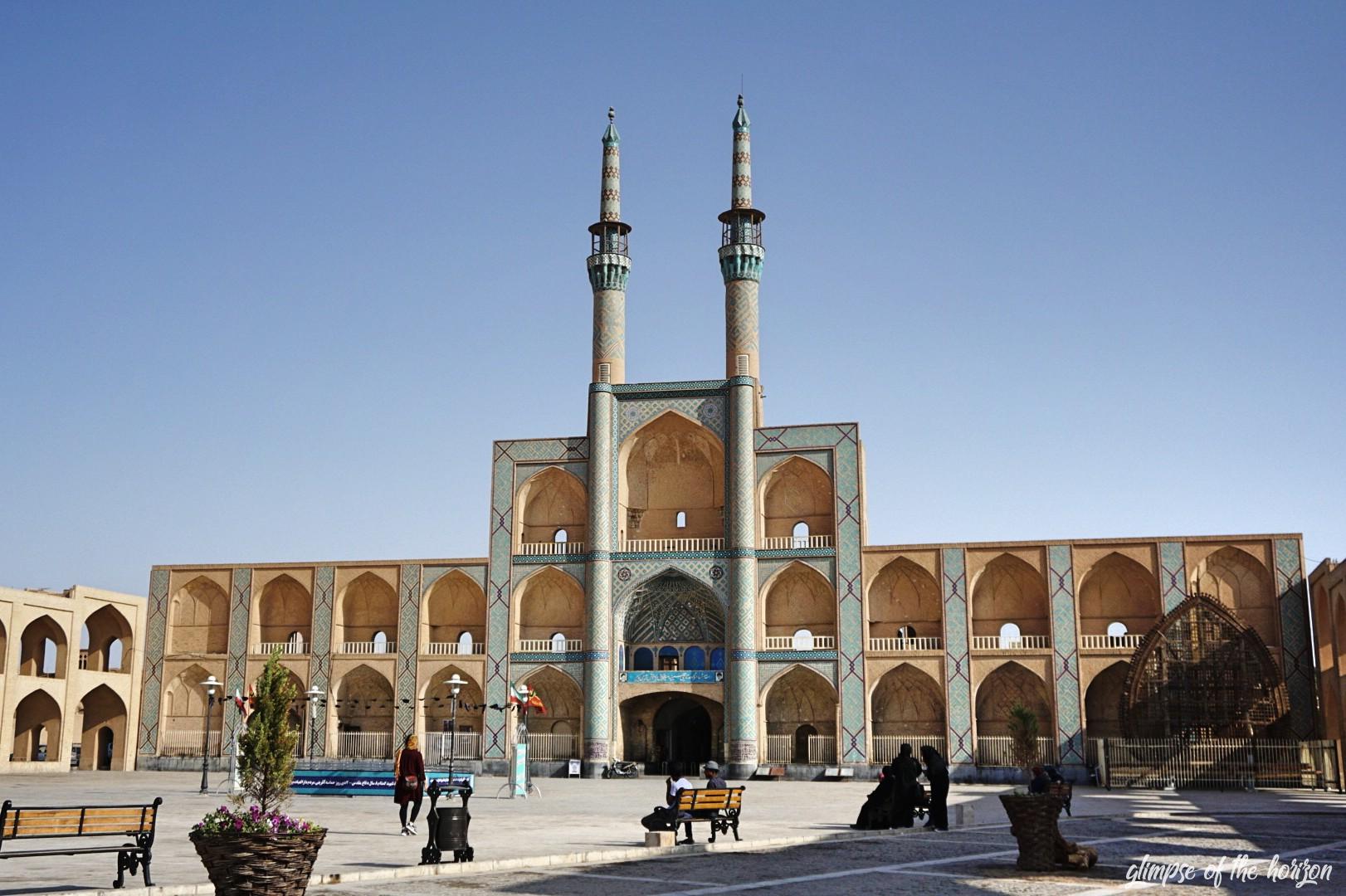 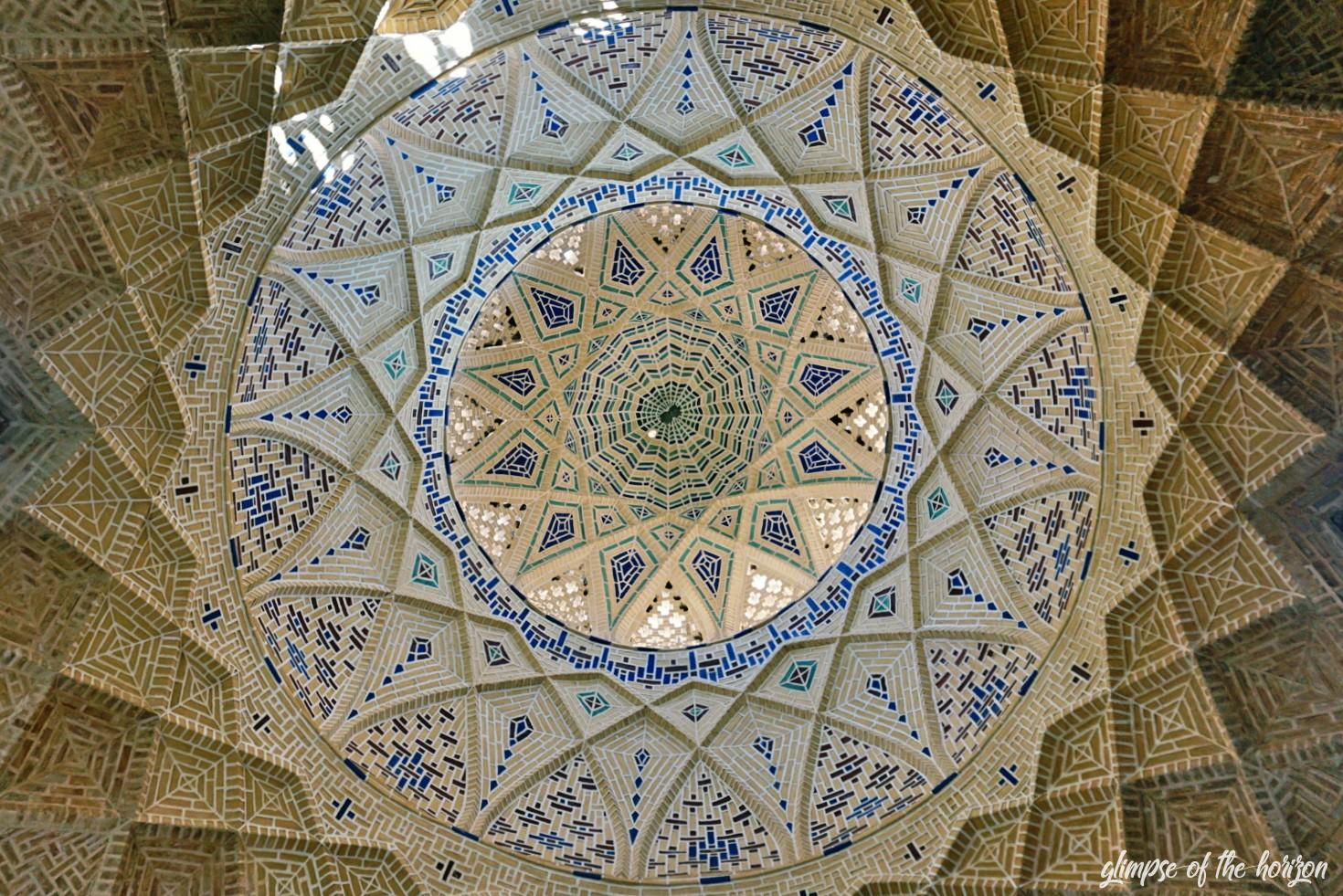 Our hostel was very nice and neat – but only a few tourists were accommodated in the rooms. In general, there were only a few tourists in Iran. Especially if one considers the excellent infrastructure in the country. The numbers have decreased since last year, said the operator of our hostel. Iran would suffer from the political tensions in tourism.

All the more welcome one is received. And all the more the Iranians try to attract the tourists who are in the country. But this does not happen only one-sidedly. They also want to get to know more about the home countries of the tourists. The hostel operator asked if we could cook something typically German. We thought about which ingredients are available here. The decision had been made: On that day there was potato salad with sausages for everyone in the hostel! 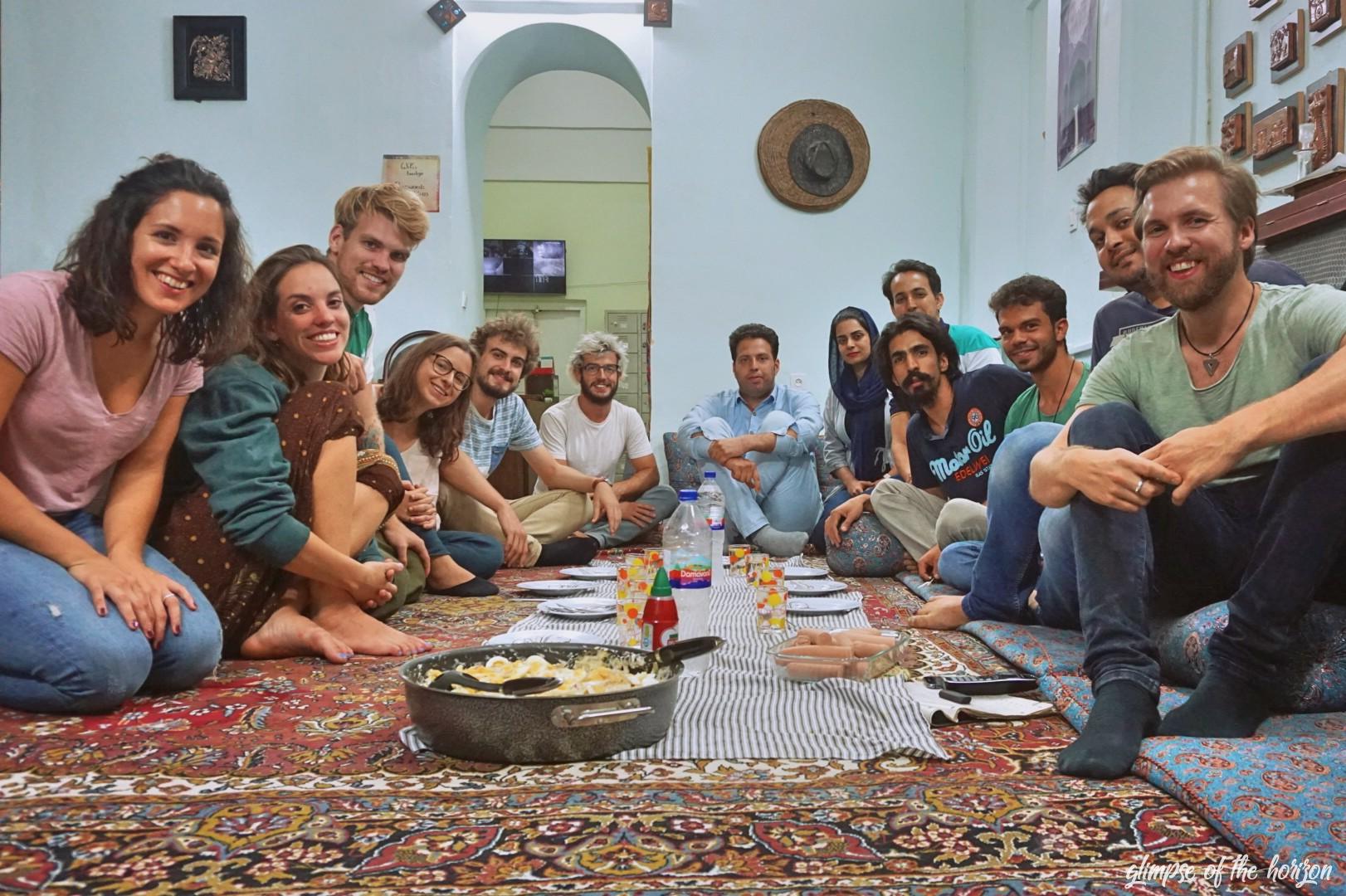 We decided to get to know a bit more of Yazd. For one night we drove out into the desert before Yazd. Here sand dunes piled up in front of a mountain range. It felt unreal to stand here in the desert. But that only rounded off the picture of Yazd: Here you could switch off. And that was really great. 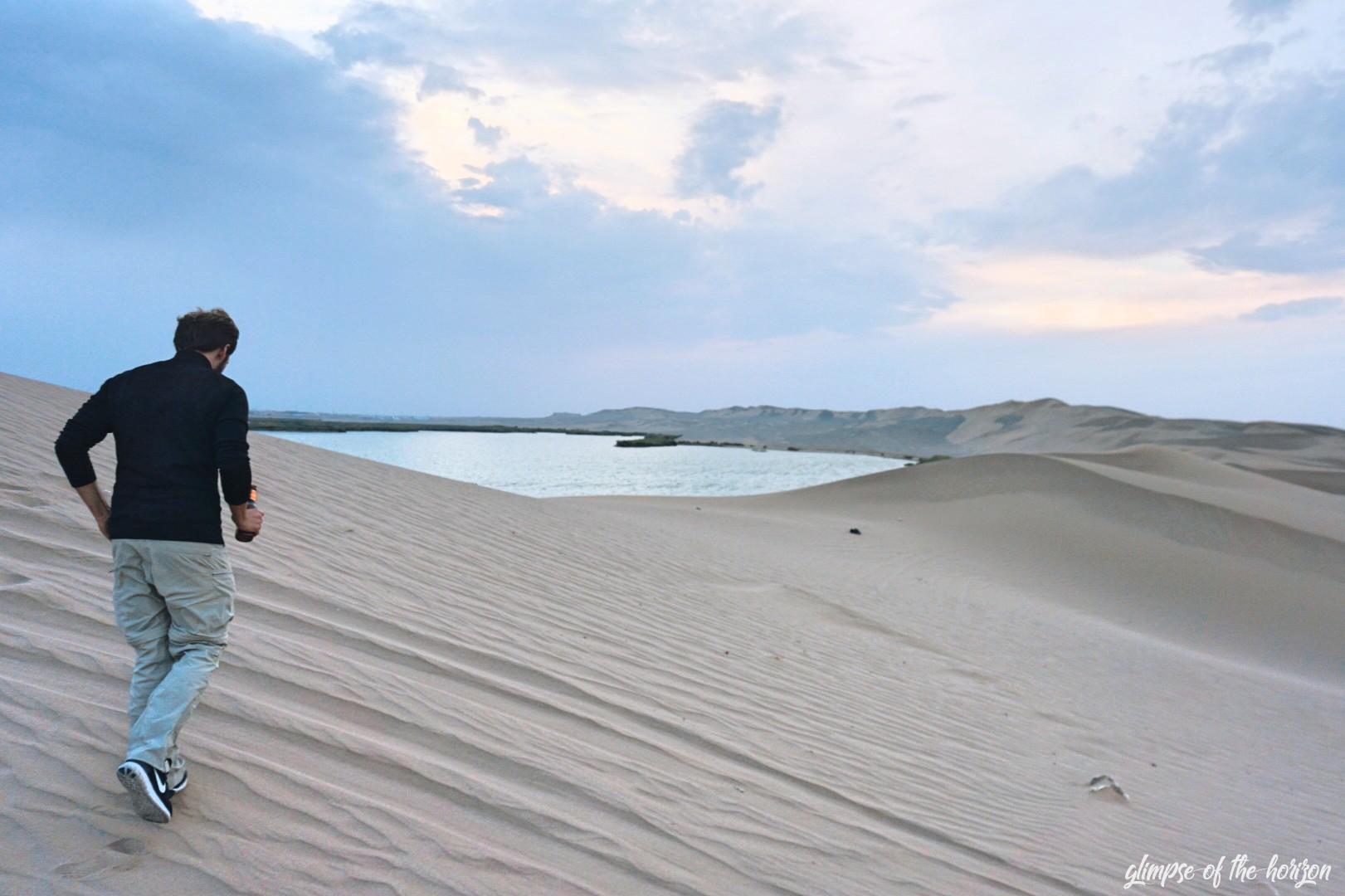 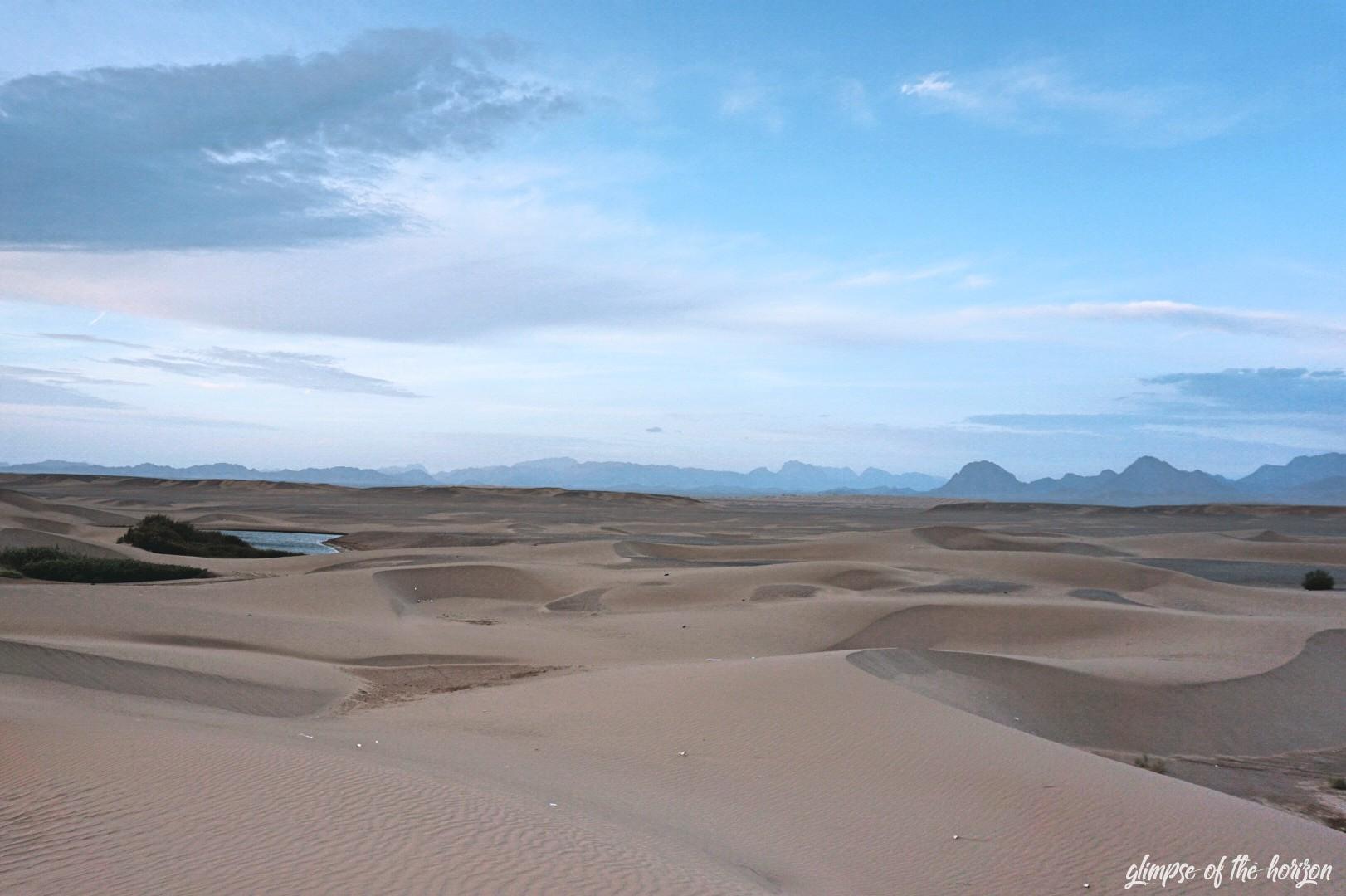 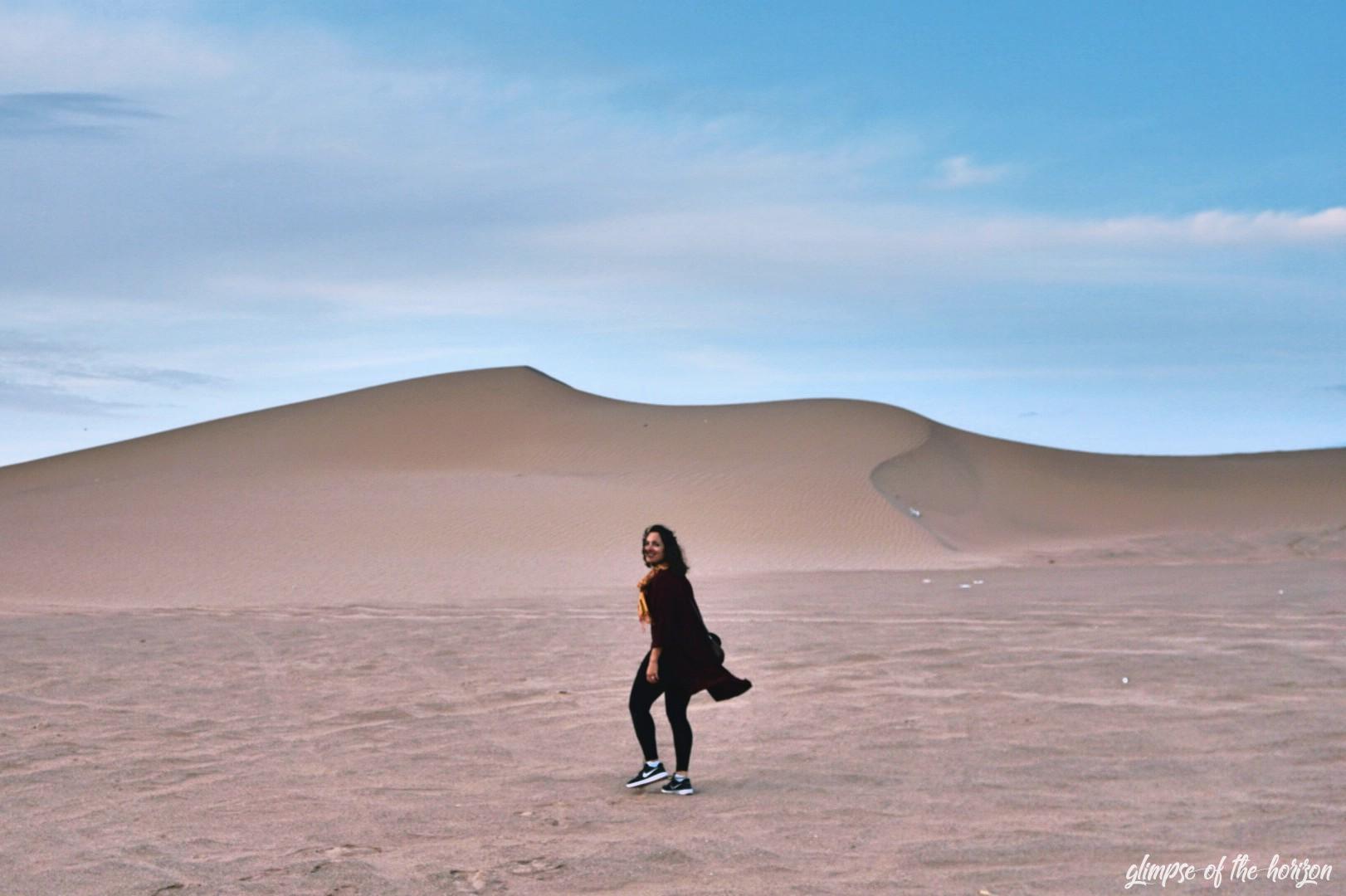 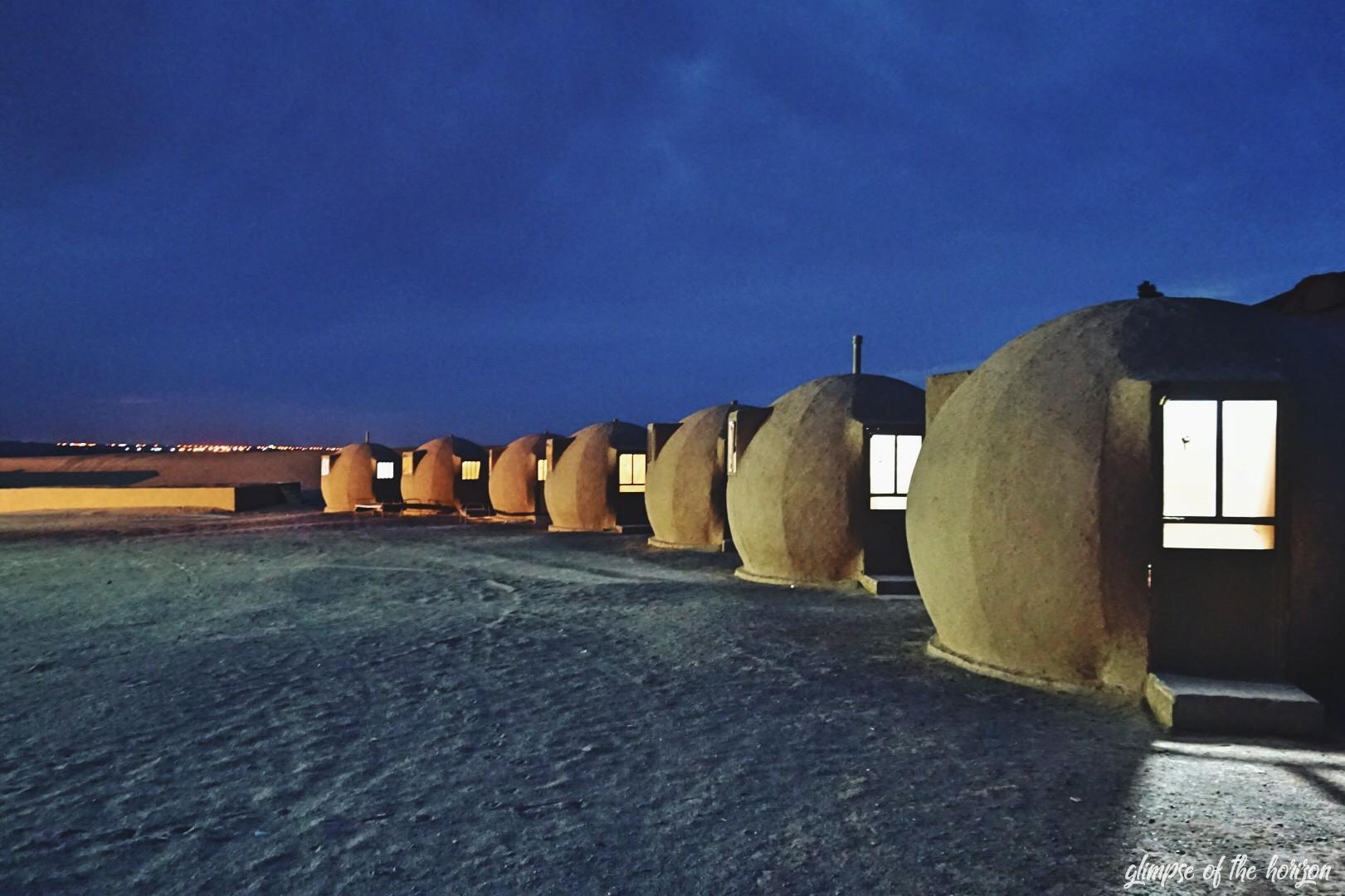 What stays in mind: