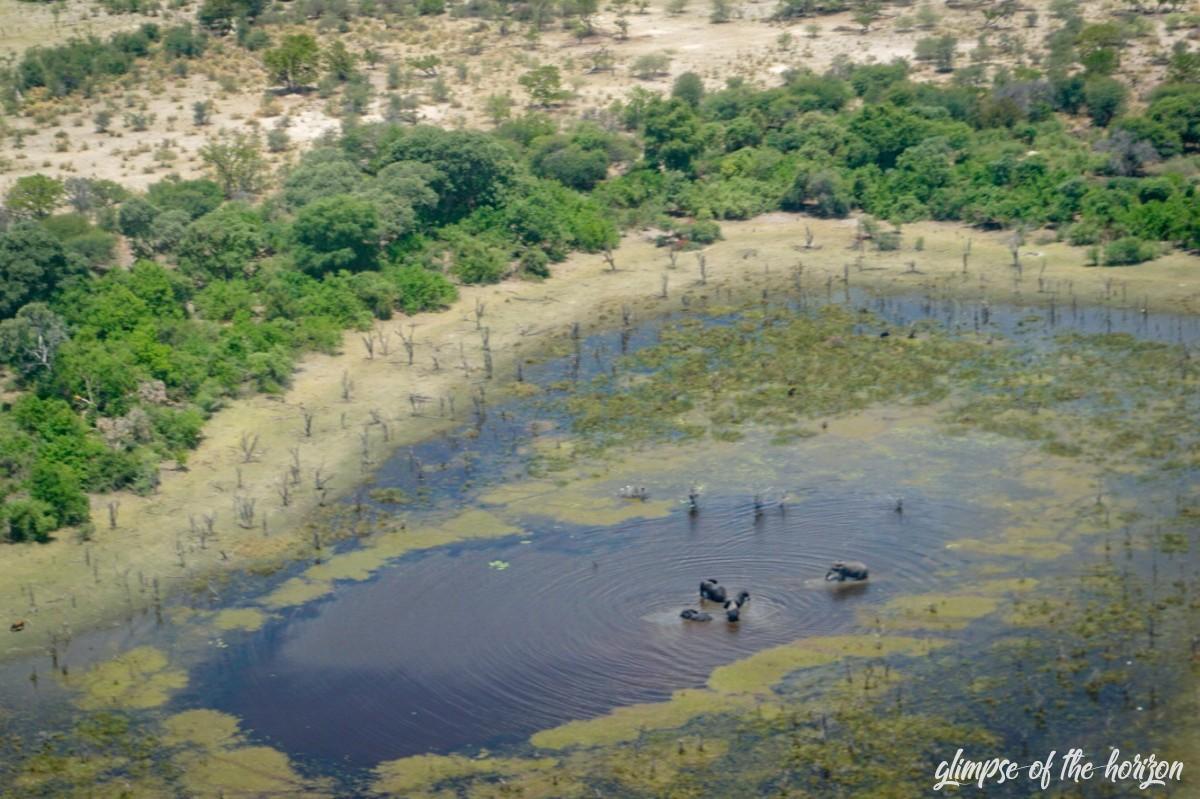 A small airport. That was our entry into the Okavango Delta. We decided to make a flight over the delta to observe animals and landscapes from above. We were the last of the group to be assigned to a plane and found ourselves in a four-seater Cessna a short time later. Sometimes you have the best luck as the last ones. 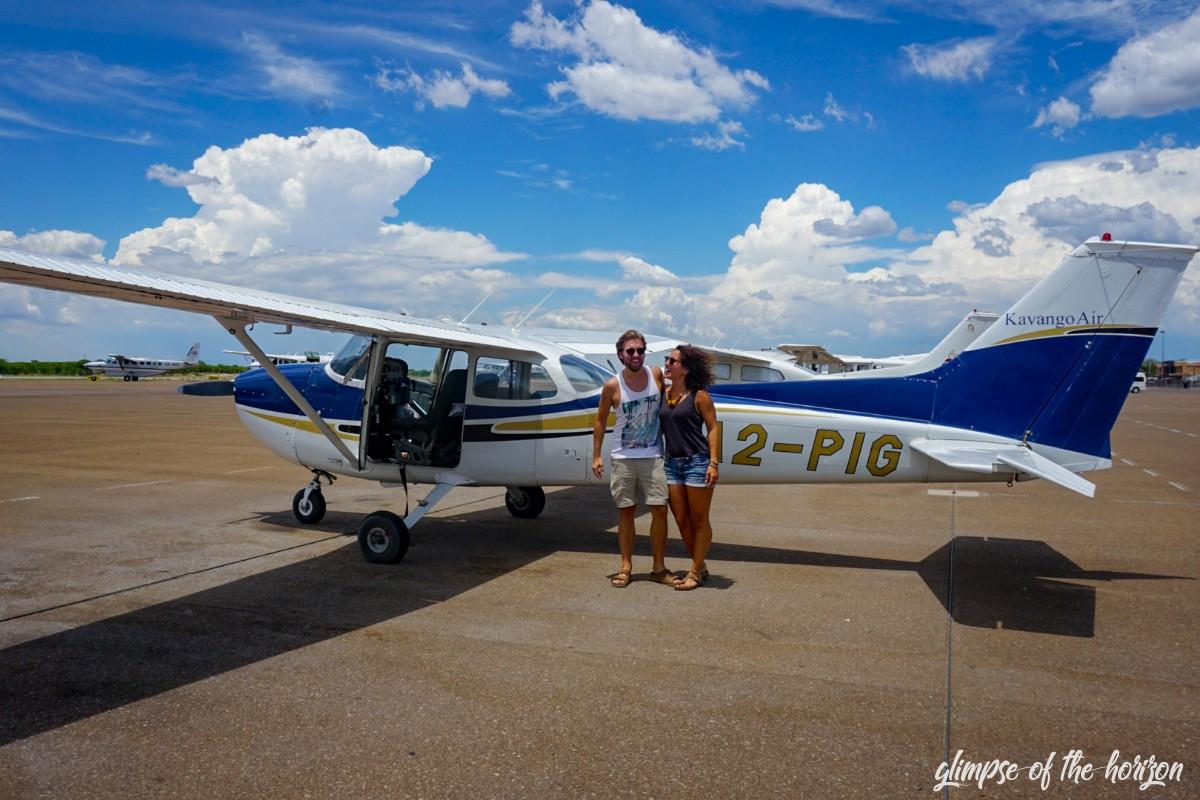 The pilot greeted us friendly and led us to the small plane that parked at the edge of the runway. Three people plus pilot fitted into the tiny plane, which produced a deafening noise at takeoff. It wobbled back and forth and couldn’t find the first minute to rest. We noticed every inch of the wheels that were retracted shortly after take-off. Oh God, that was really small, but awesome. 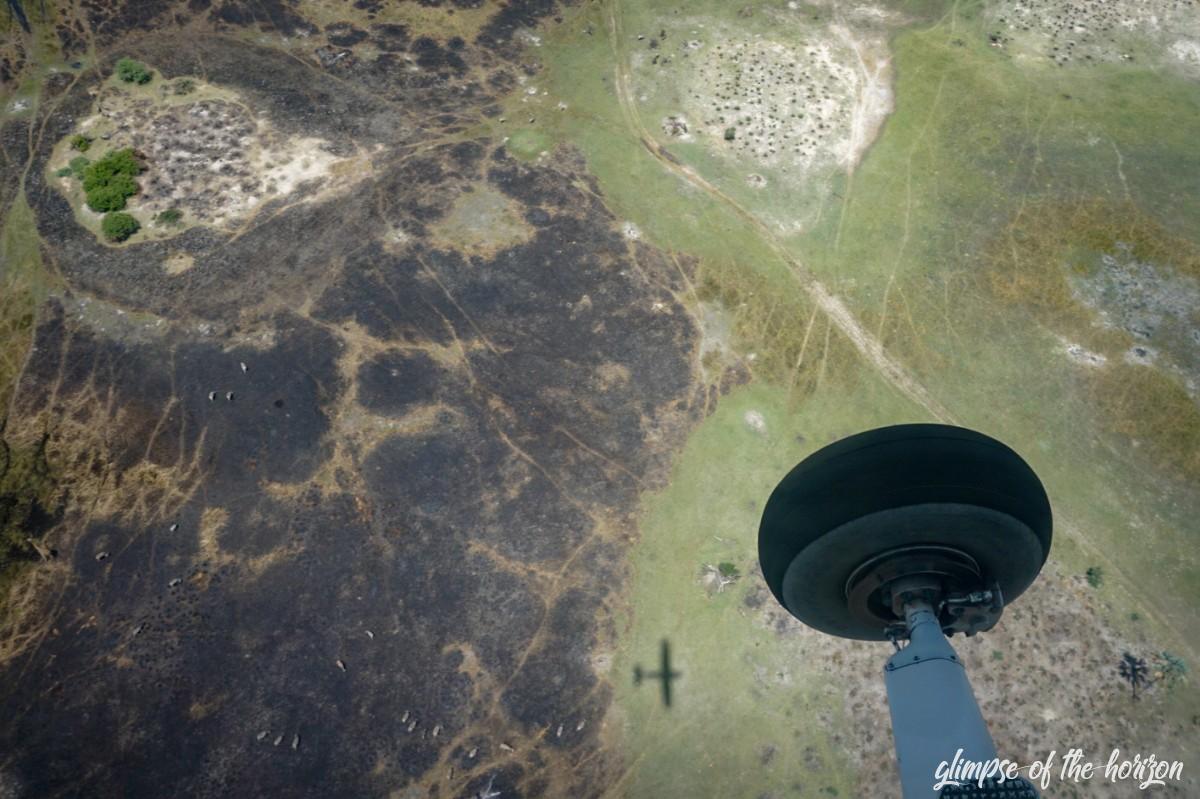 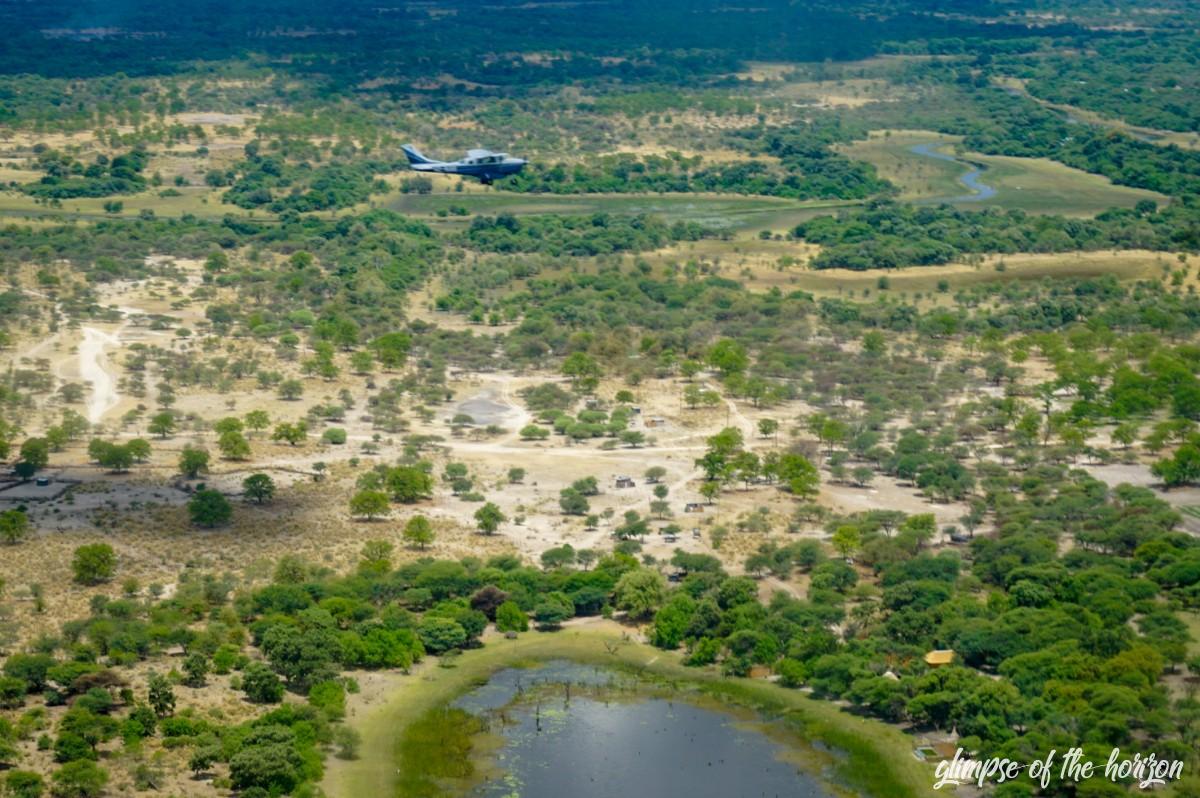 When the plane slowly came to rest, we could direct our attention to why we were here: the changing landscapes of the Okavango Delta. The surroundings presented themselves to us in rich colours – especially the different green tones in combination with the waters were breathtakingly beautiful. 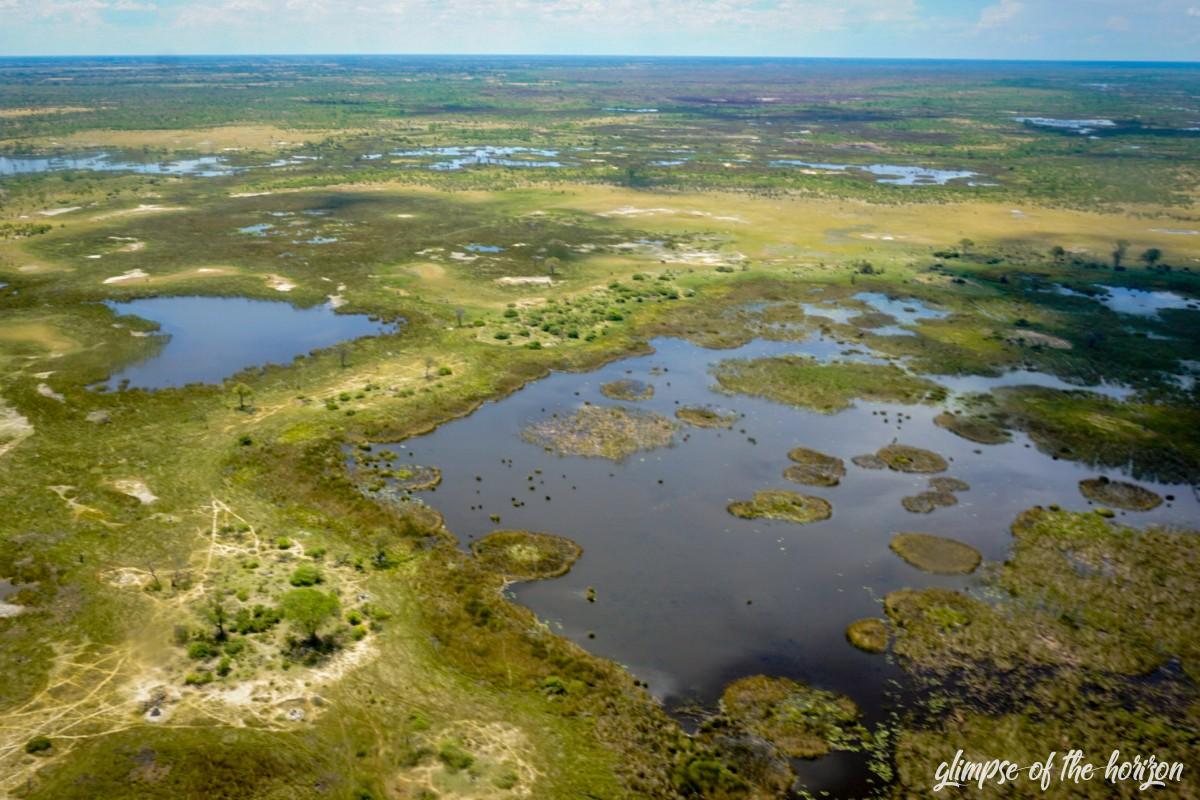 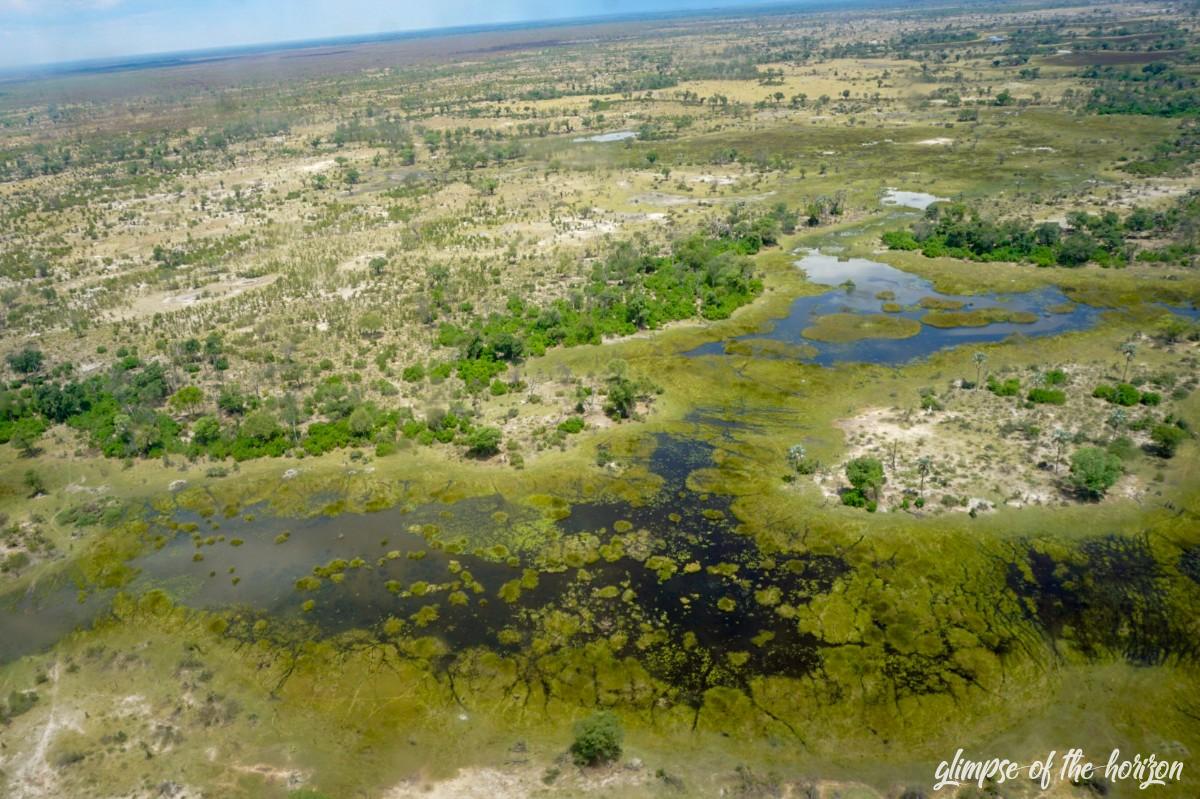 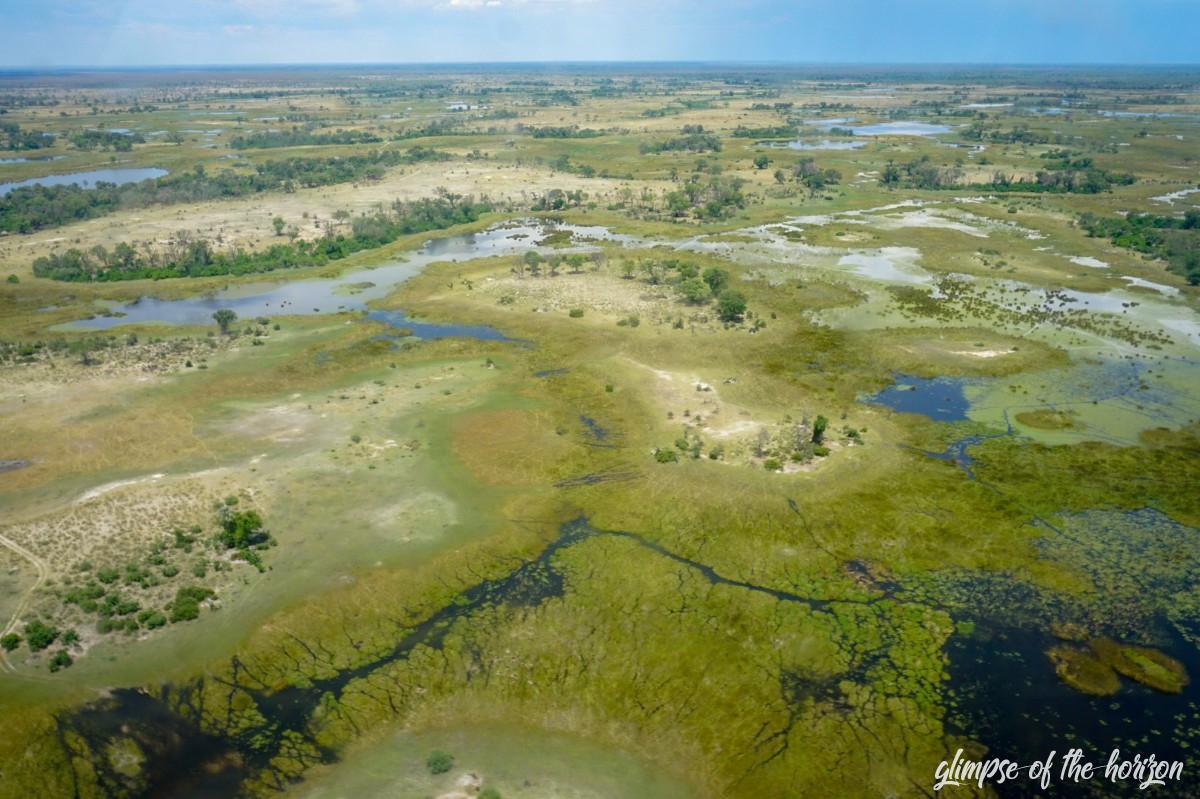 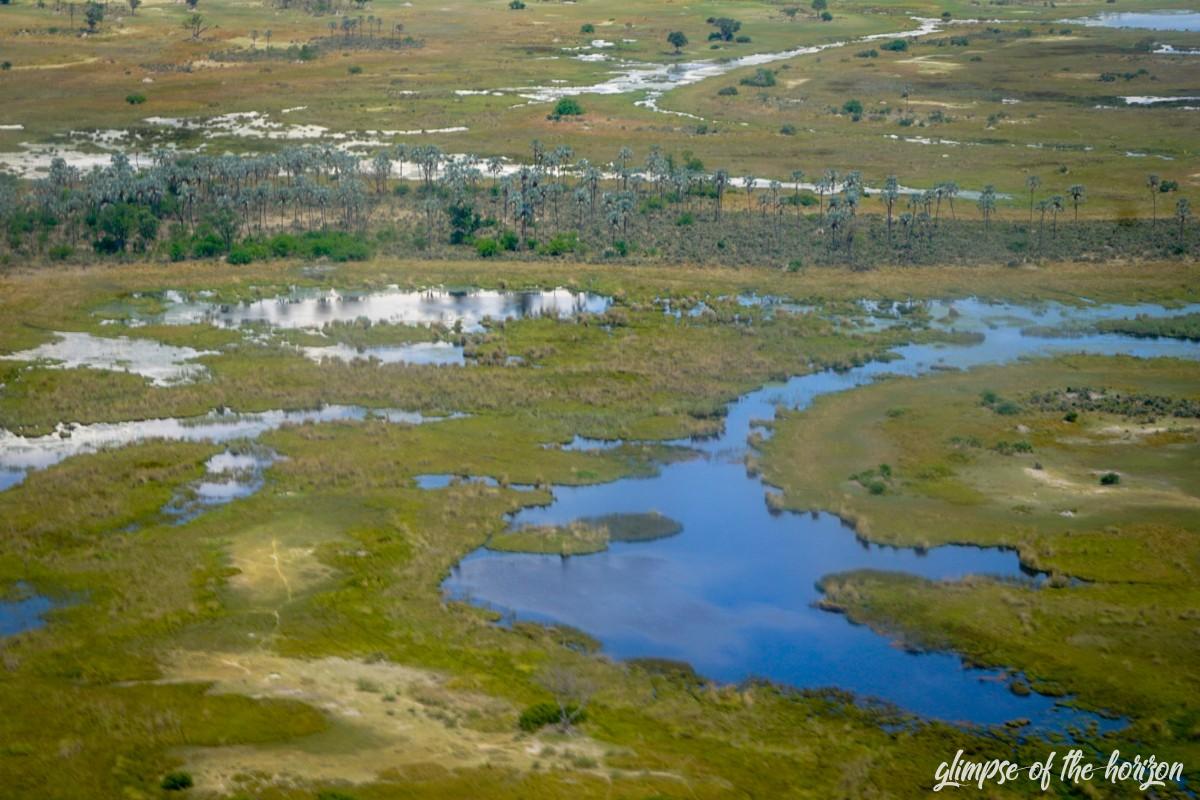 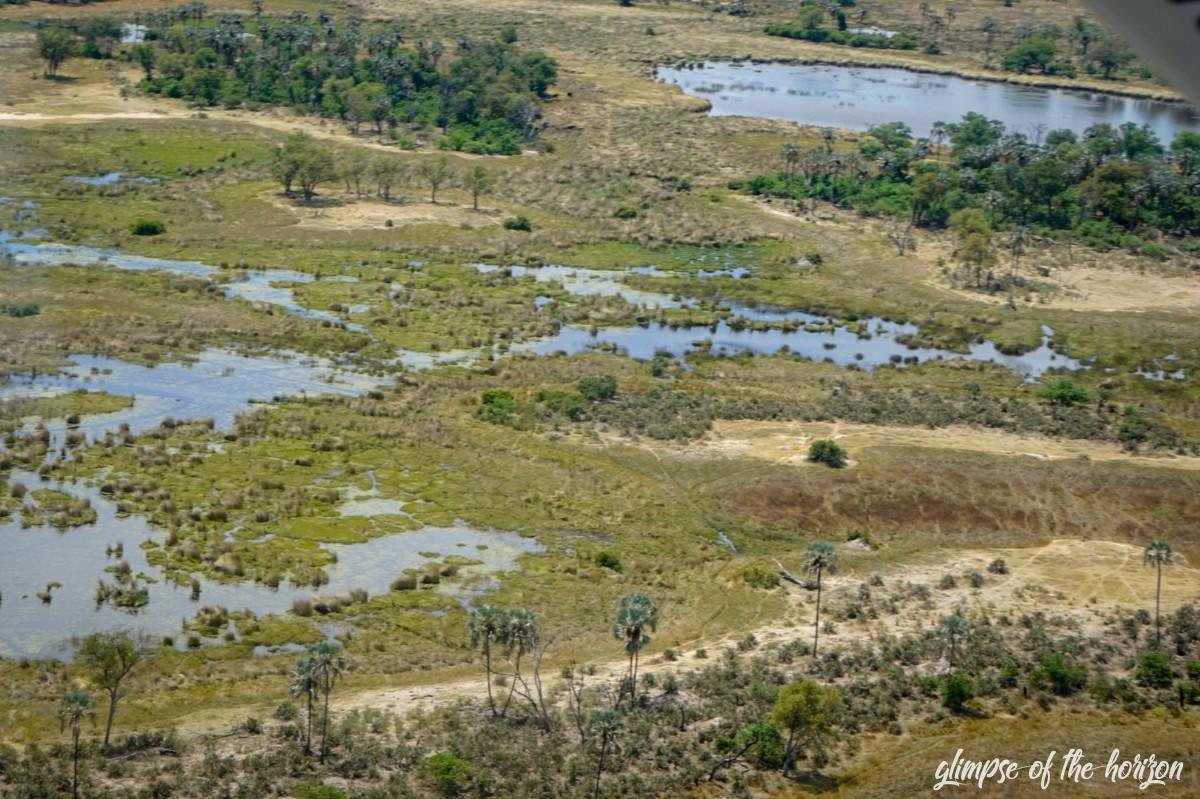 And every few minutes the ground changed: sometimes it was sparser, sometimes densely overgrown, sometimes just green lawn. But there was one thing in common: animals were everywhere. Primarily countless elephants and water buffalos lined the route we discovered with our small airplane. It was incredibly beautiful to look at the animals from above – from here, where they appeared as small as Lego figures. A unique experience. 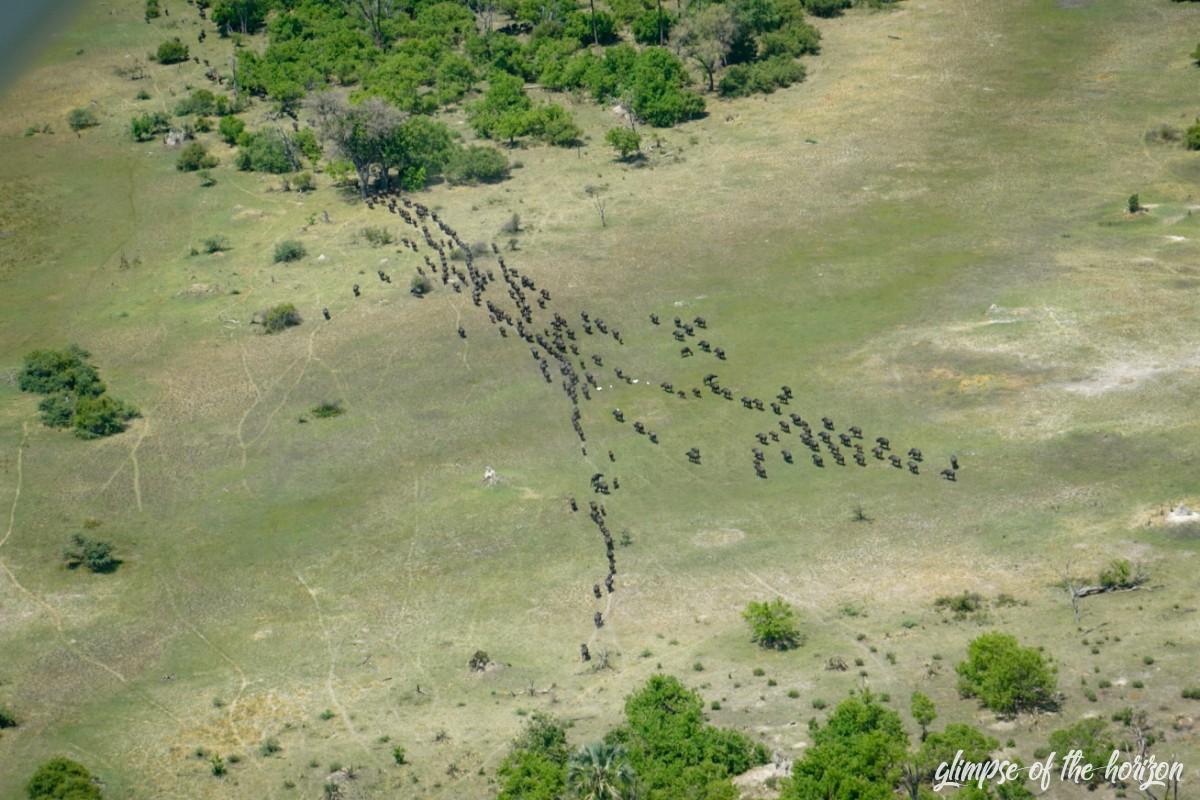 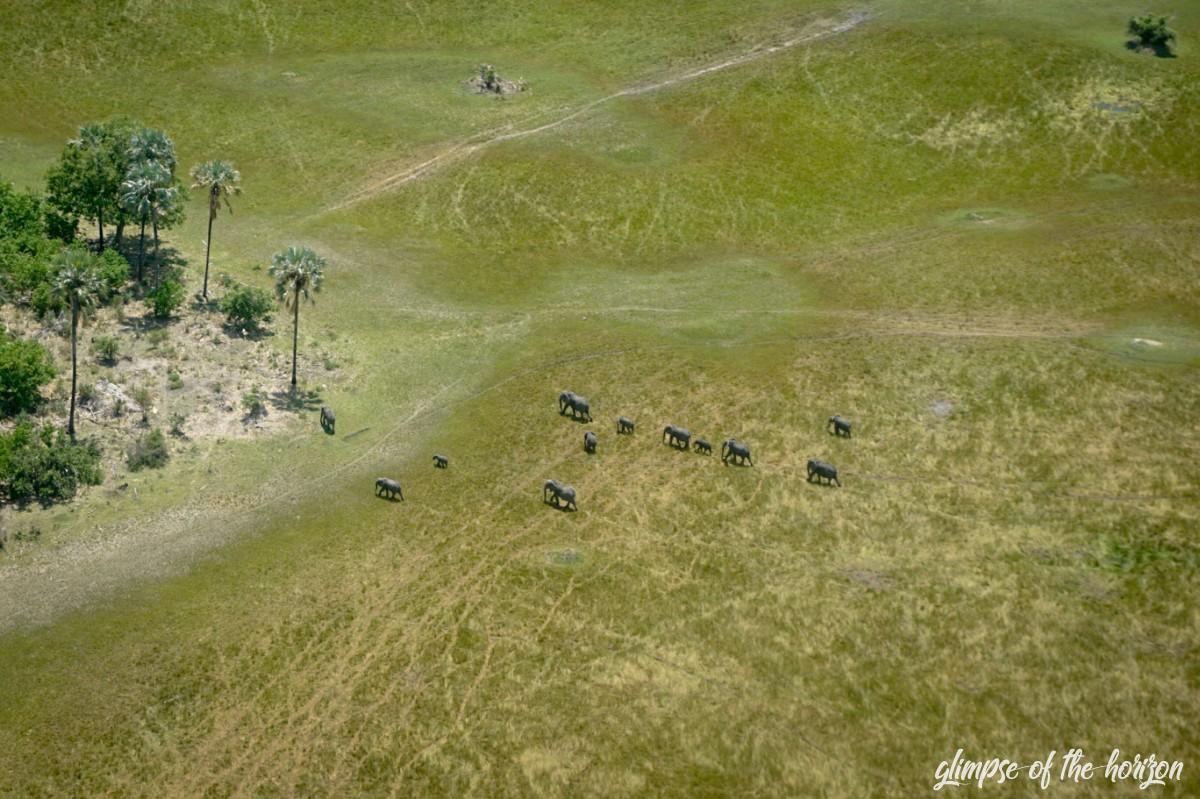 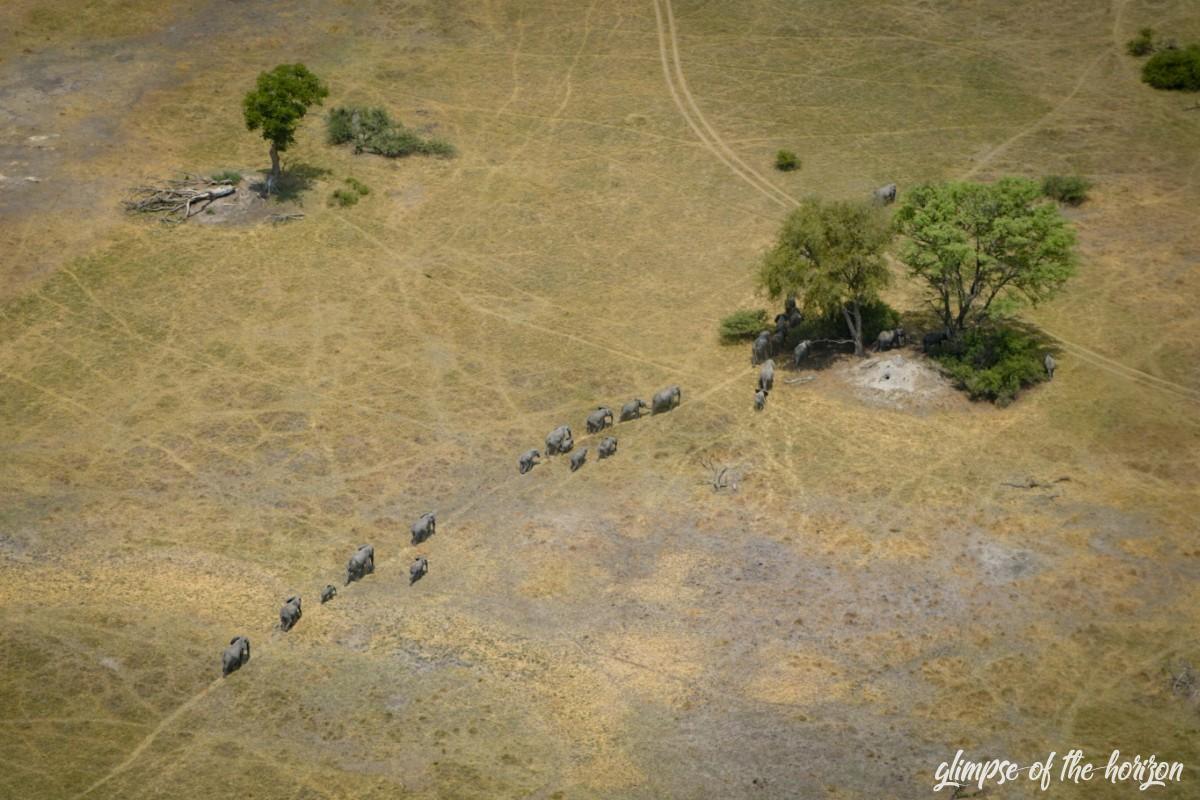 The next day we went into the heart of the Delta. With small boats we were driven through the dense canals. A heavenly silence surrounded the waters, but suddenly our small boat stopped. In front of us was the hippo pool, a small lake where hippos lived – and especially rested. We stopped for a few minutes to watch these huge animals relaxing. 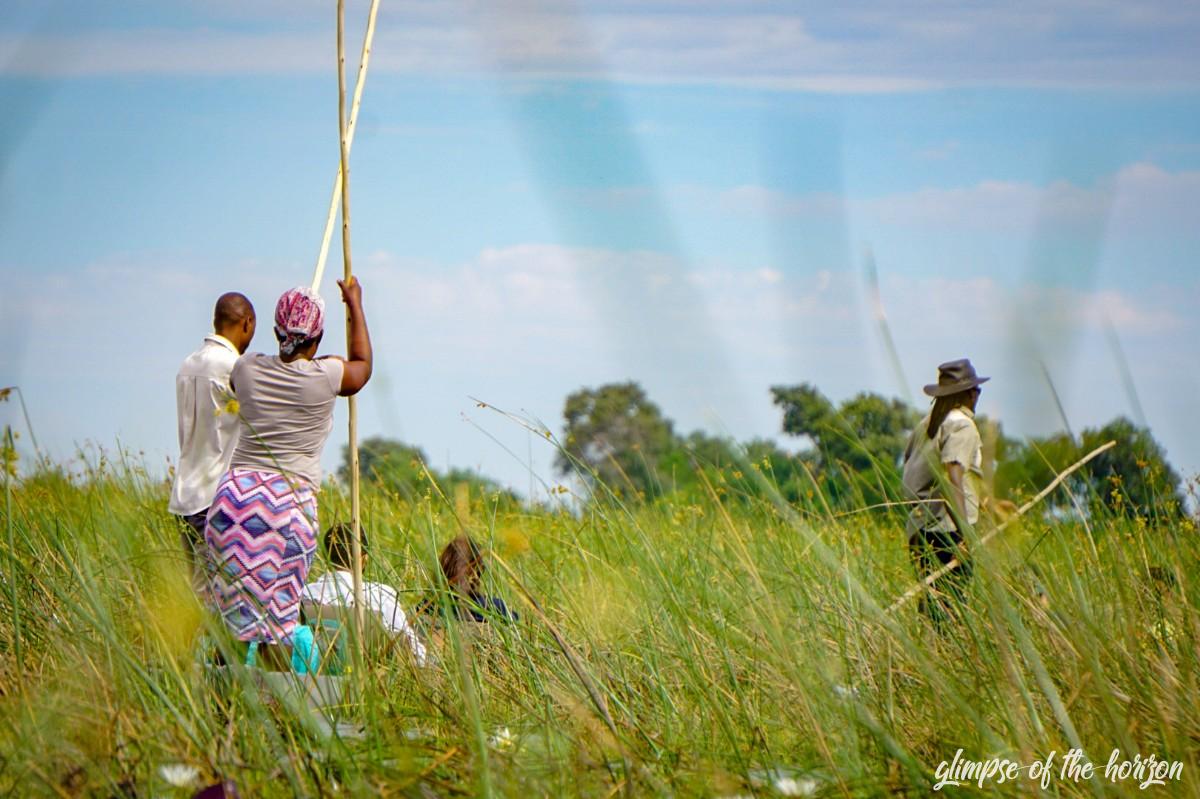 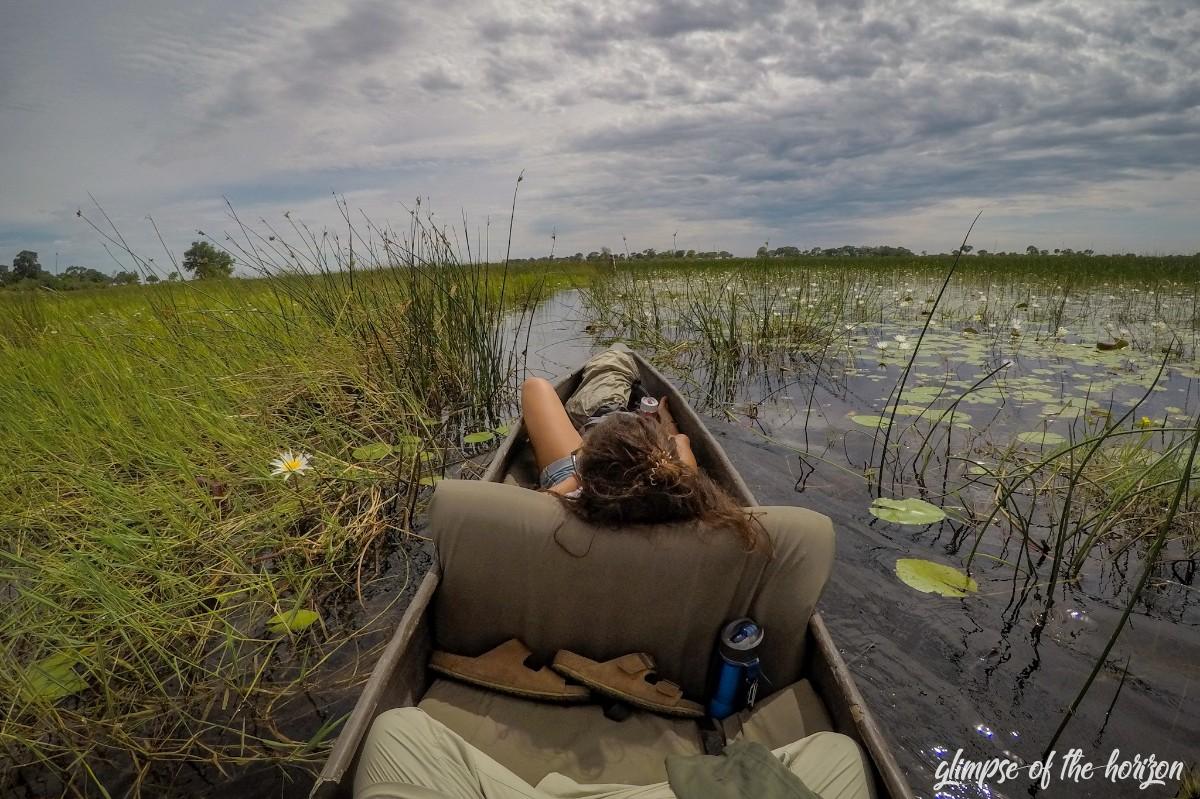 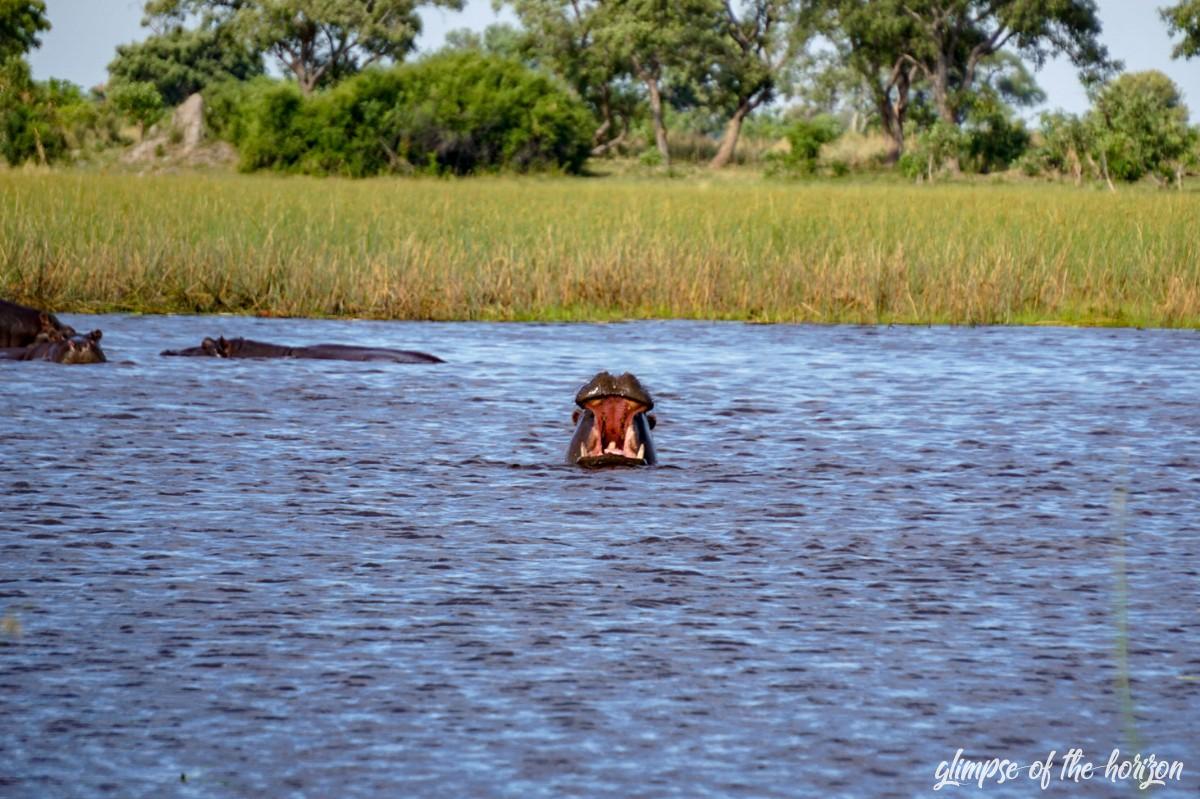 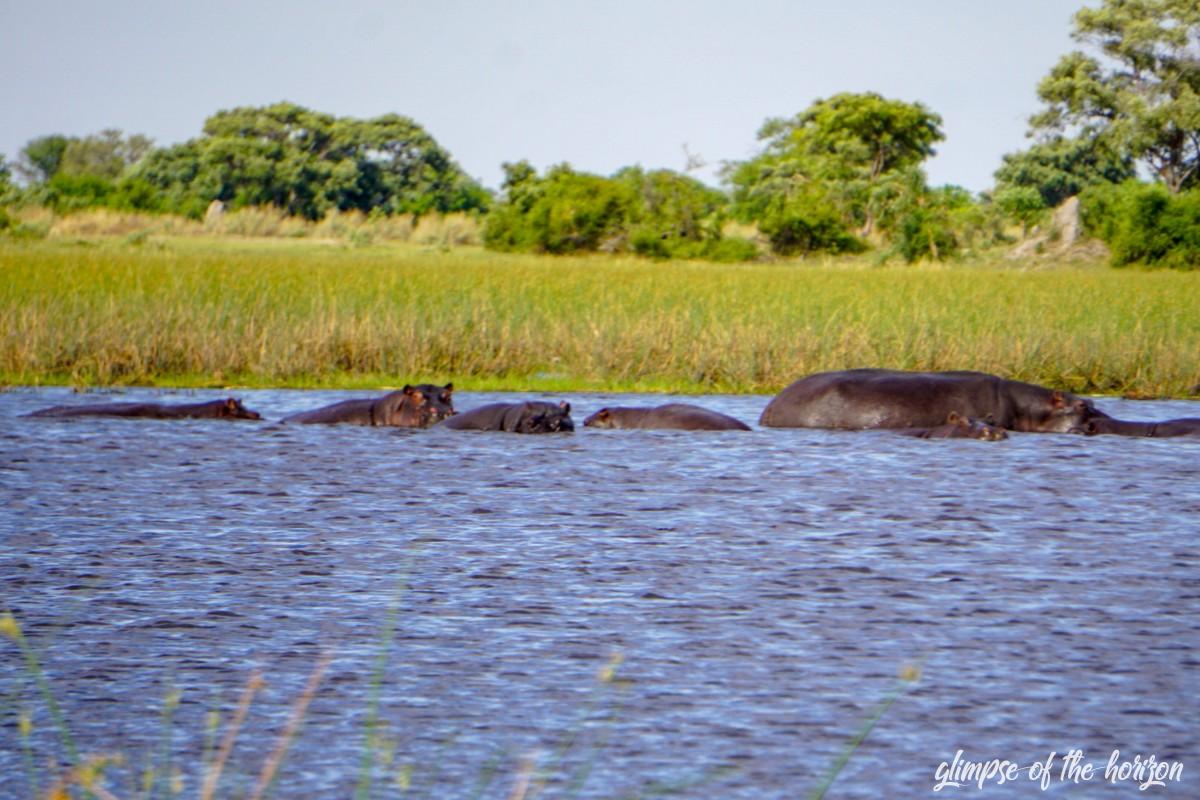 Afterwards we set up a camp in the middle of the forest. After that we explored the surroundings, which were mainly populated by many zebras. Elephants also came to our camp, but kept their distance. It was nice to be in harmony with nature and to have the opportunity to observe the wildlife of Botswana from the air as well as from the ground. 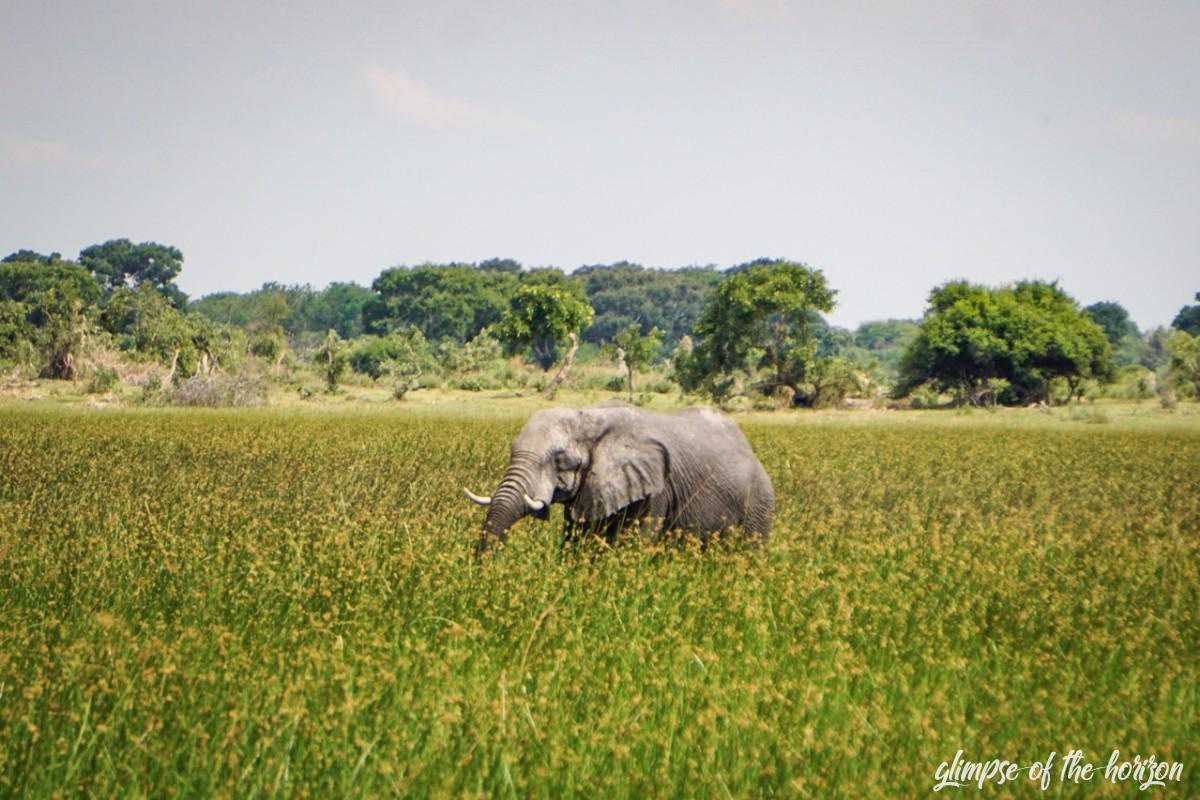 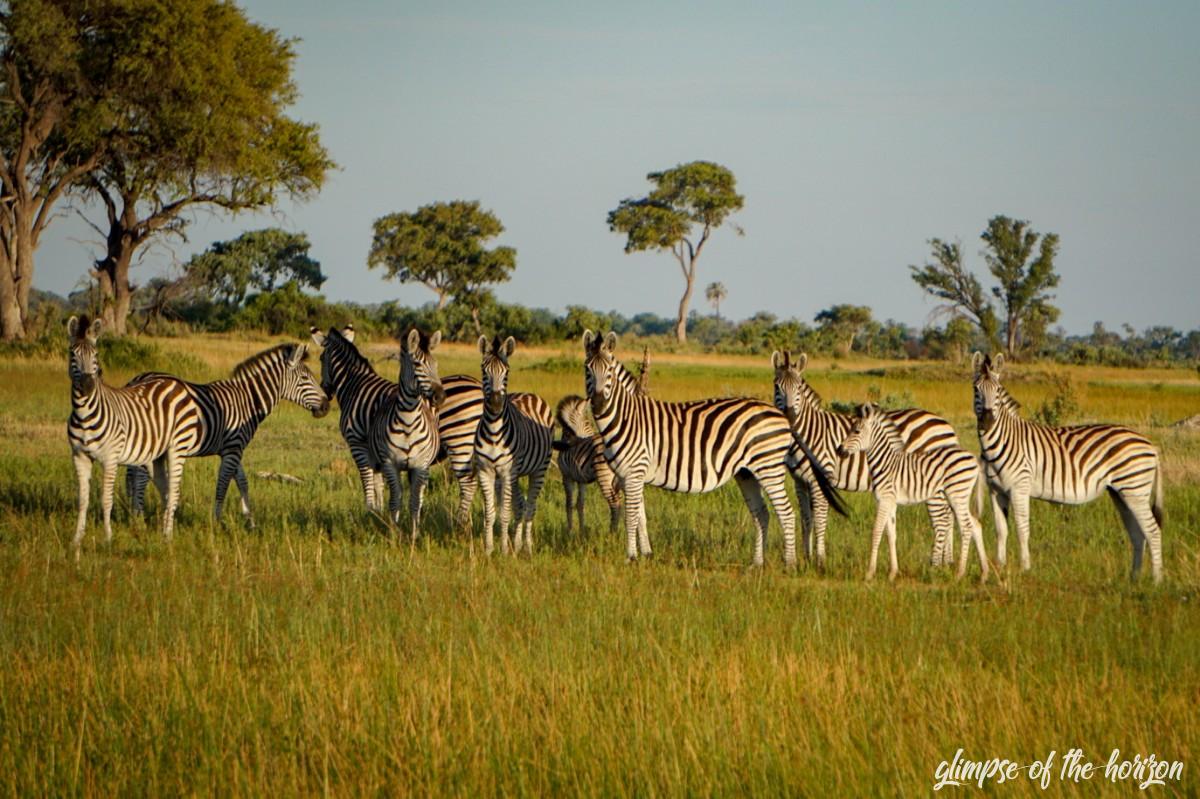 All over Africa we were – of course – spoiled by great sunsets and sunrises. Here in the Delta it seemed as if the sun would make an extra effort to look beautiful. Incredible colours lay over the forests and lakes of the delta and seemed to stop time. 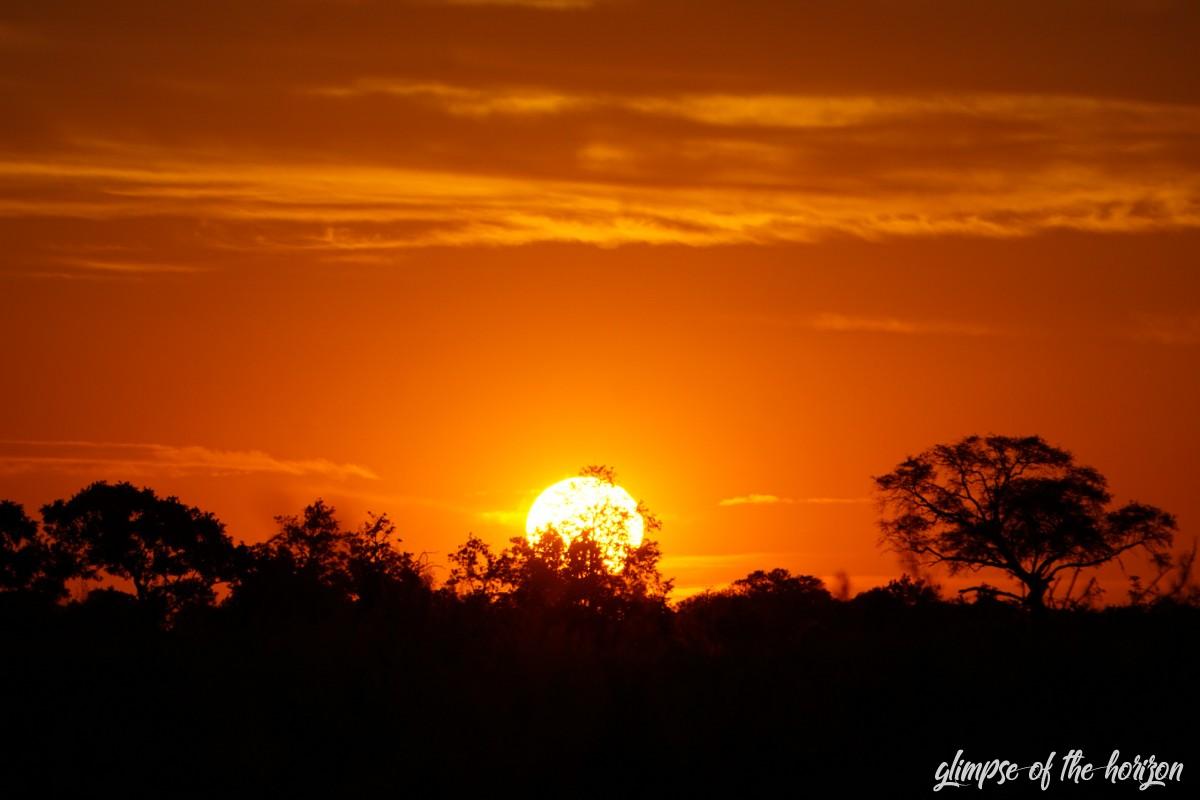 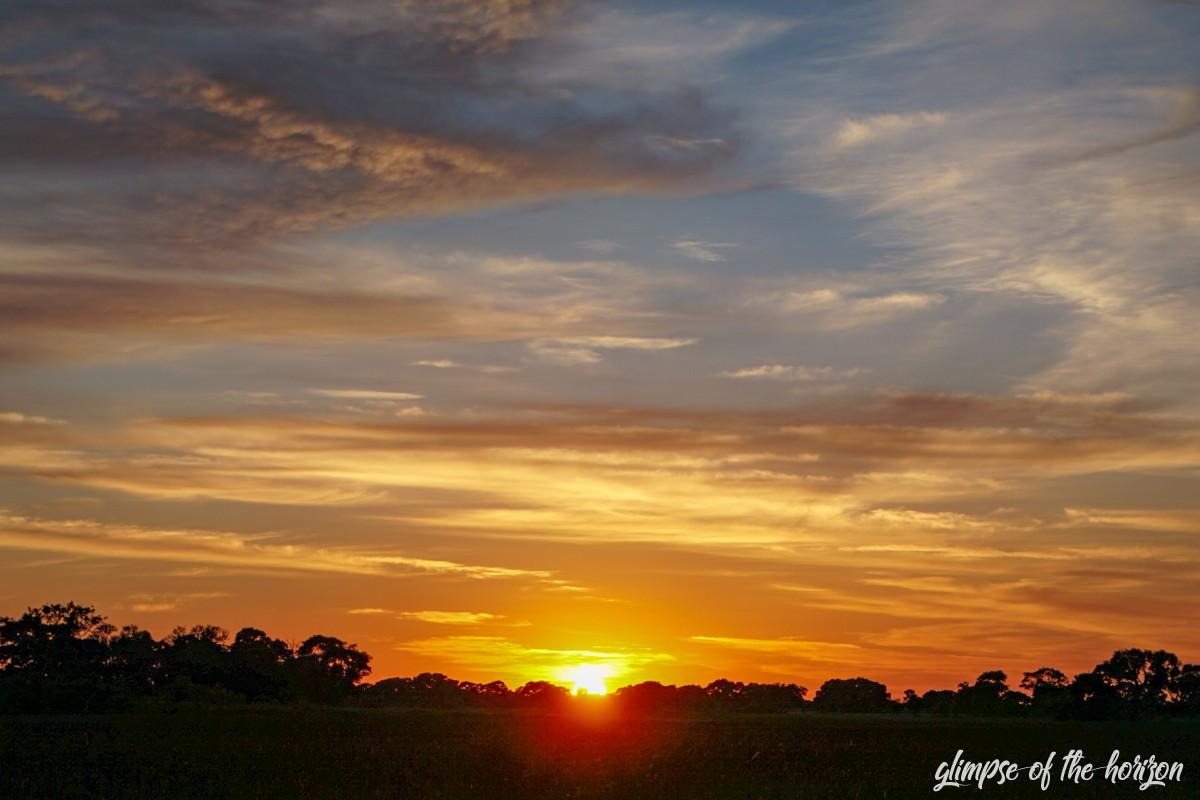