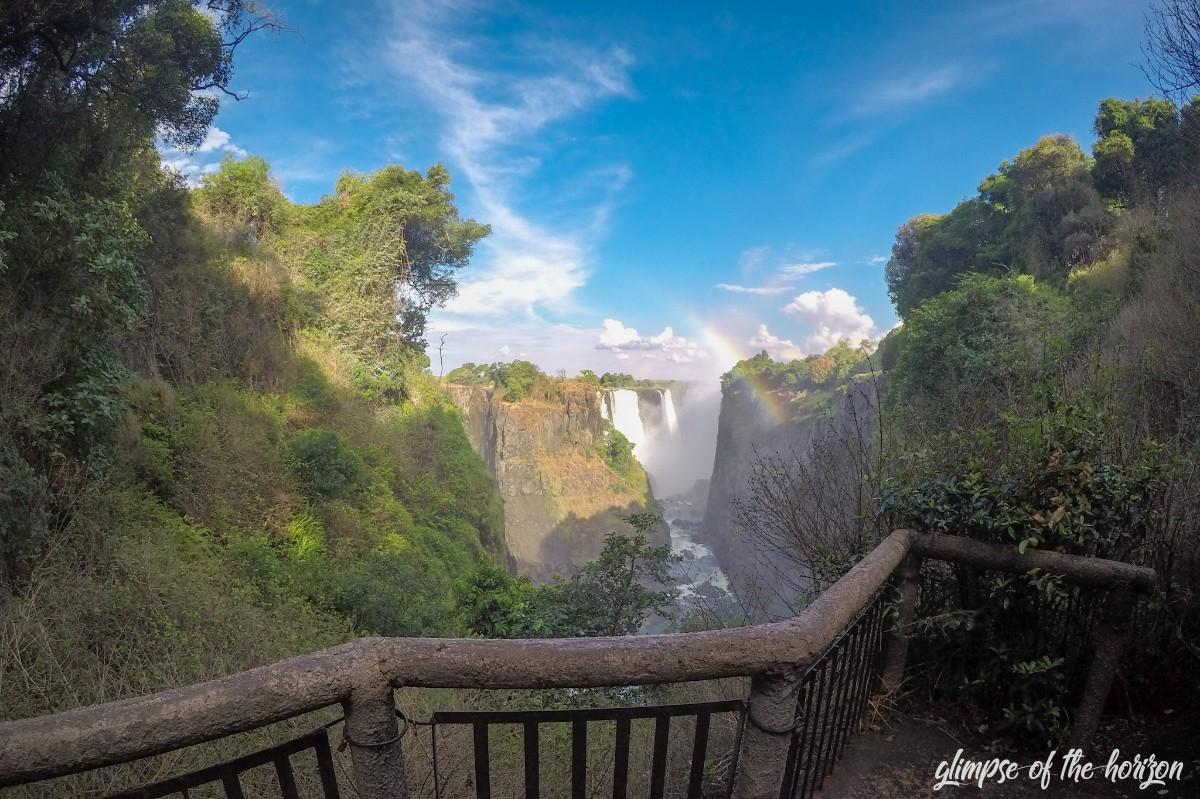 It is the must-see in Africa: The Victoria Falls in Zambia and Zimbabwe. The journey from Lusaka, the capital of Zambia, was long and we noticed immediately upon arrival at the waterfalls that this place is very different from the world outside. It is the tourist magnet par excellence.

But Zimbabwe is bitterly poor. The national currency was worth nothing, as the state was in hyperinflation. Every few metres on the way, several bill notes were held in our faces, which we were supposed to buy from the inhabitants as souvenirs. The numbers on the bills were billions and trillions that were worth nothing. On the one hand amusing – on the other hand sad for life in Zimbabwe. 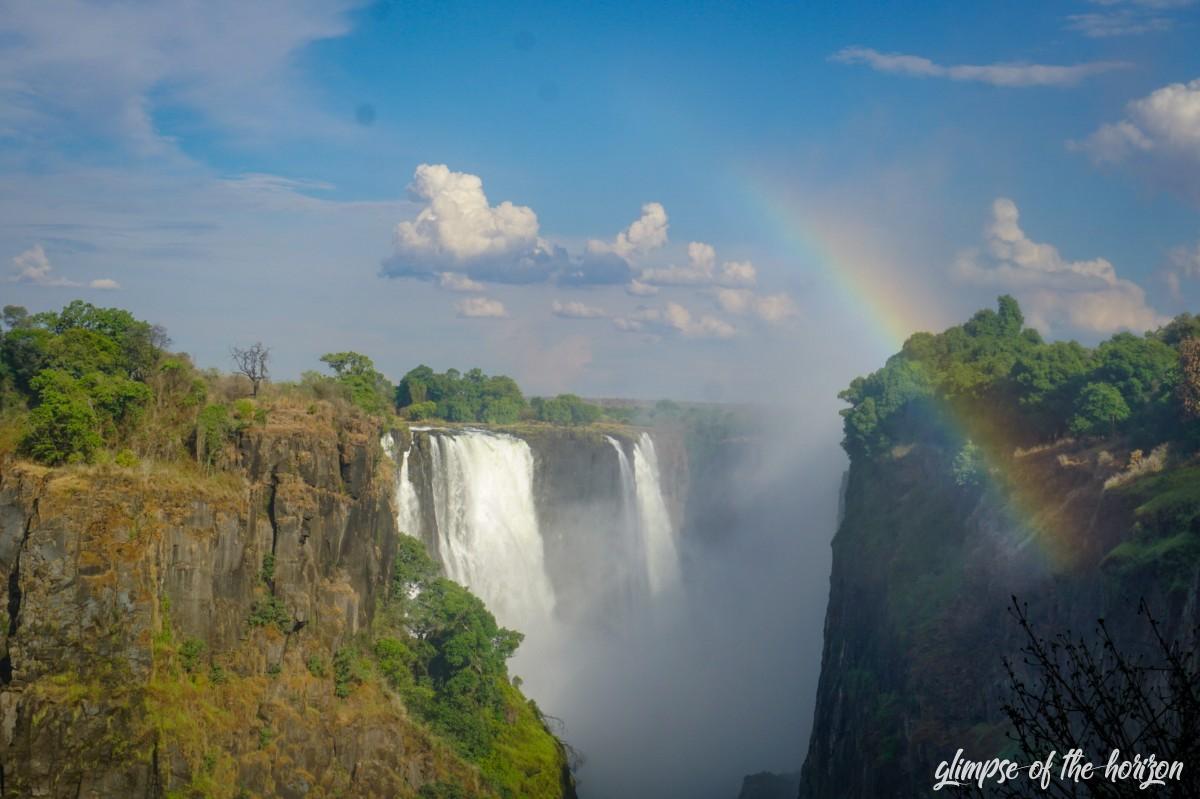 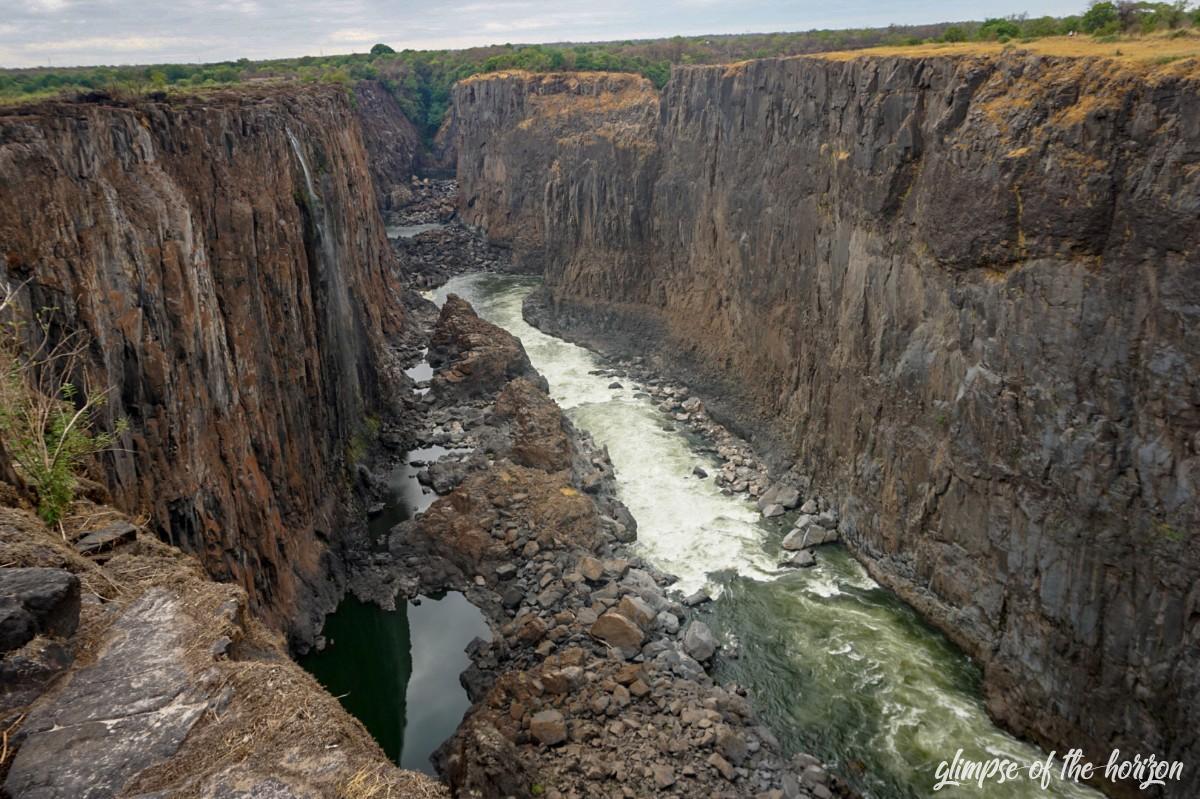 Even more bizarre is the contrast at the Victoria waterfalls, because here you really could get rid of your money – there was everything: Whitewater Rafting, Bungee Jumps, Bridge Swings, Ziplining, tours on the bridge between Zambia and Zimbabwe, safaris on the water and a swim in the famous Devils Pool, a small stone ledge directly at the edge of the waterfalls, which allowed to watch the water on its way down.

The Devils Pool can only be visited during the dry season, otherwise the sheer masses of water during the rainy season would not allow a safe swim in the pool. We absolutely wanted to know what it feels like to be so close to the edge of the waterfall and to experience the irrepressible power of water. 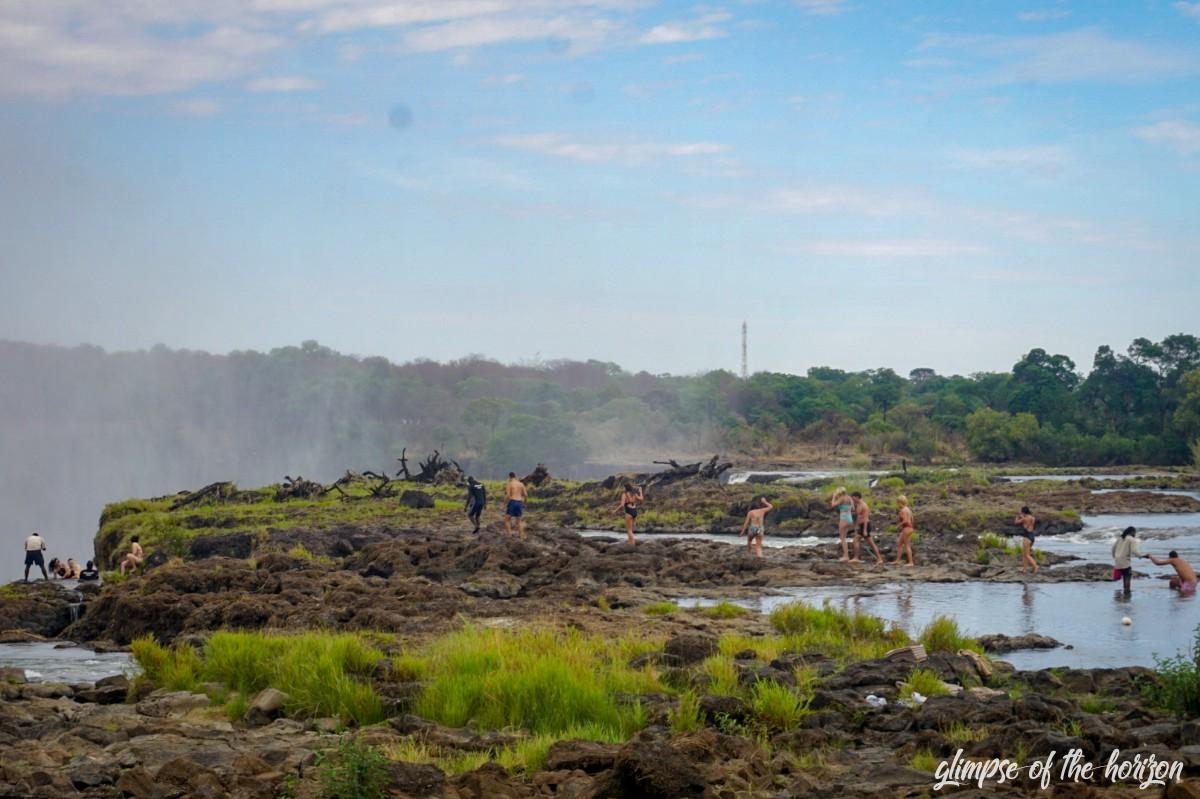 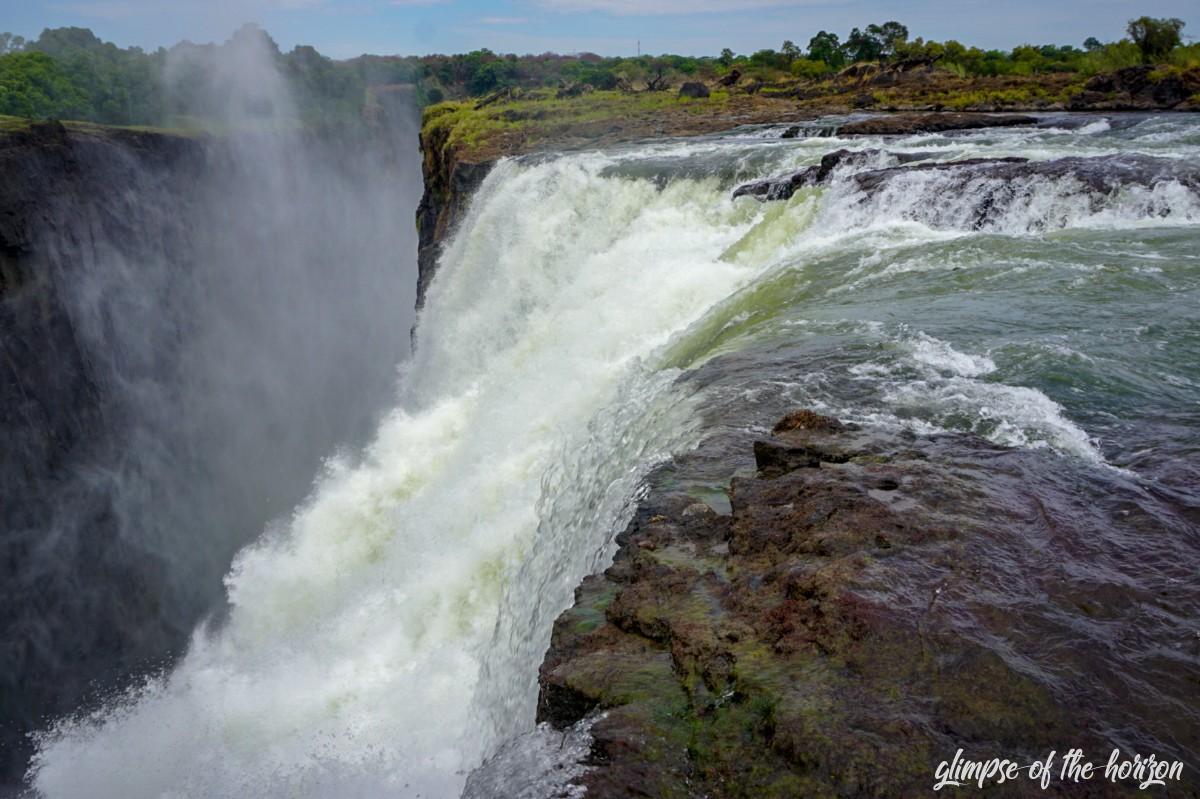 The excursion to the Devils Pool was planned by the provider down to the last detail. The transport by bus and boat, the division into small groups, the time in the Devils Pool and the food afterwards. Everything was in chord and took much of the actual adventure. But the photos at the pool are unique and absolute madness. And the possibility to watch such a high waterfall from close up is absolutely fascinating. 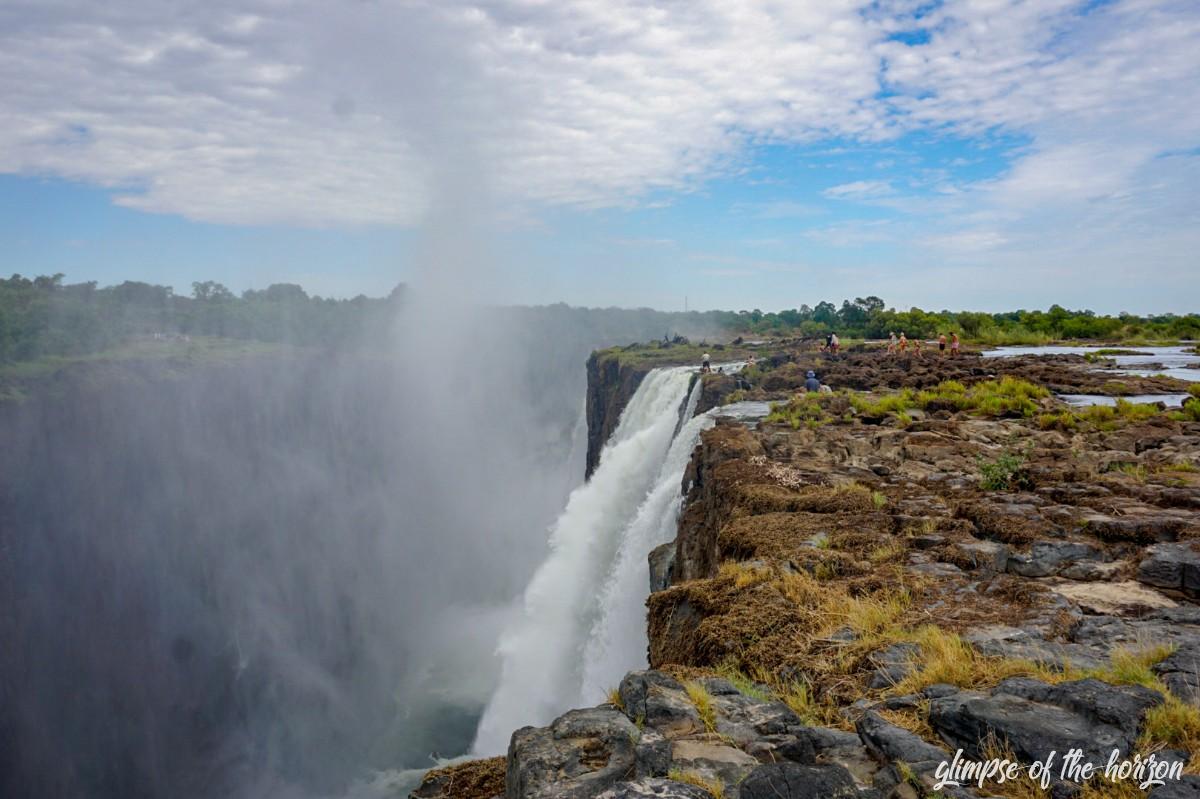 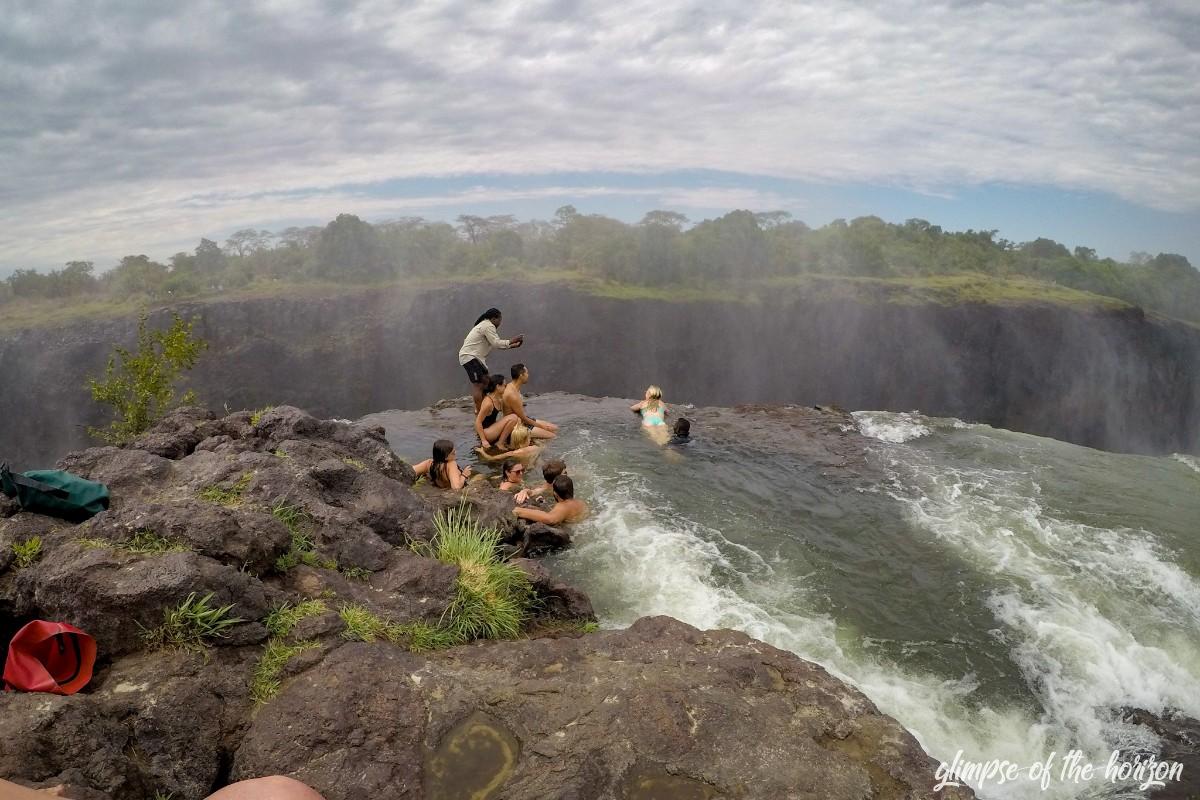 But that wasn’t the end of our action adventure, because we took the opportunity to make a tandem swing from the bridge that connects Zambia and Zimbabwe. We were tied together. After that we jumped from the platform over hundred meters into the depth, where we dangled together on the rope. 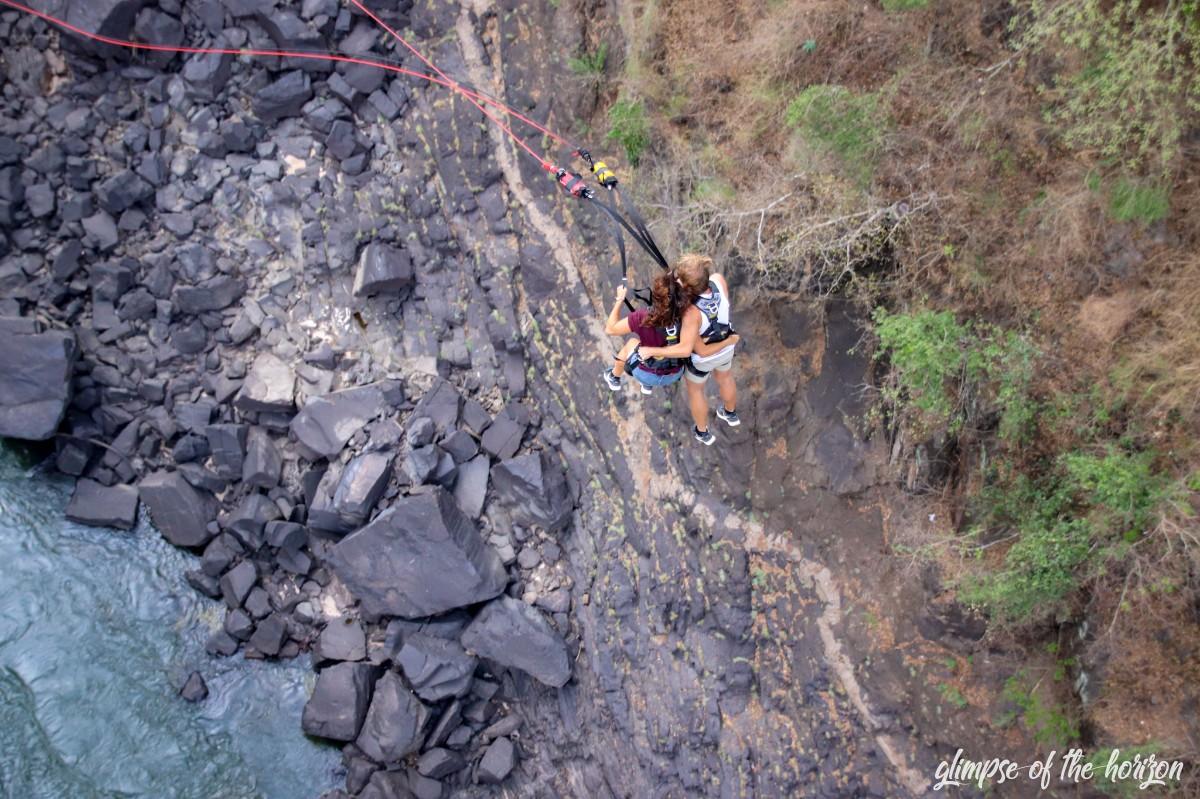 Of course, one should not miss to watch the waterfalls, which are actually located in Zambia, from Zimbabwe. The surroundings were breathtakingly beautiful and were unbelievable peaceful and warm. The waterfalls collided at the bottom of the gorge. The water whirled up in the air formed rainbows that we had never seen before in such perfection. 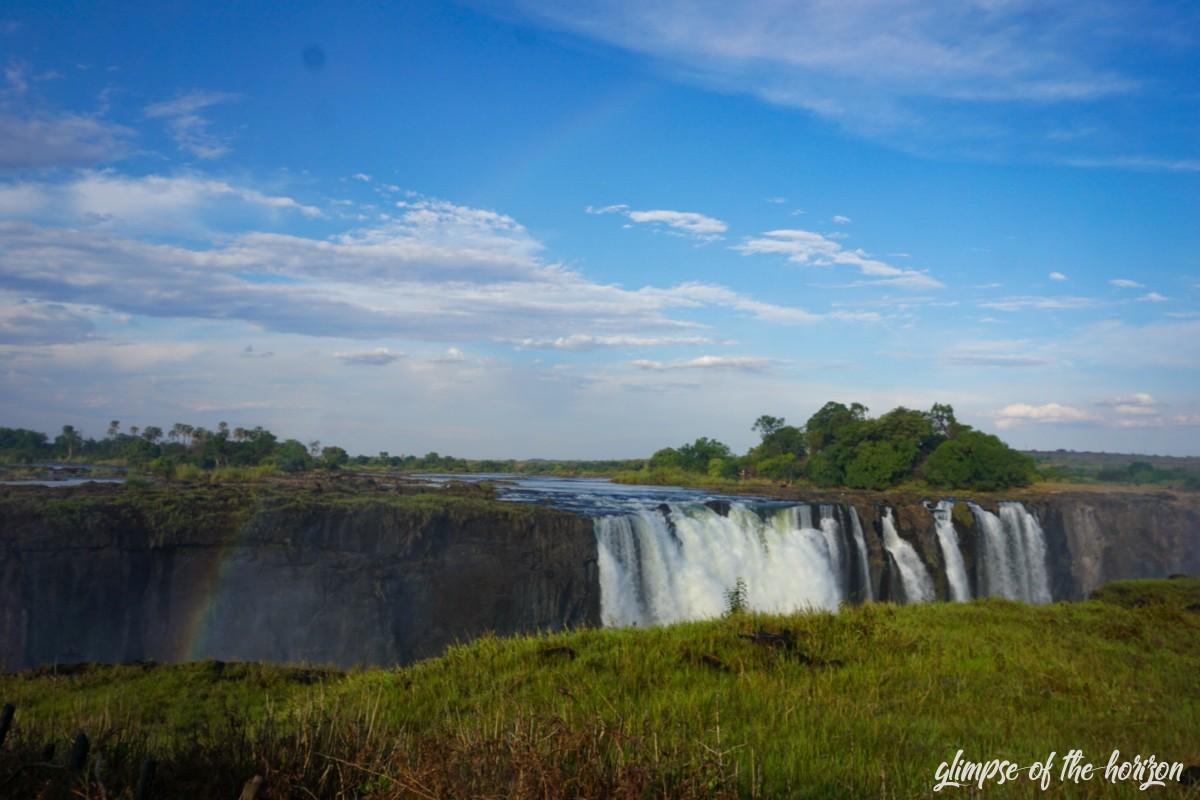 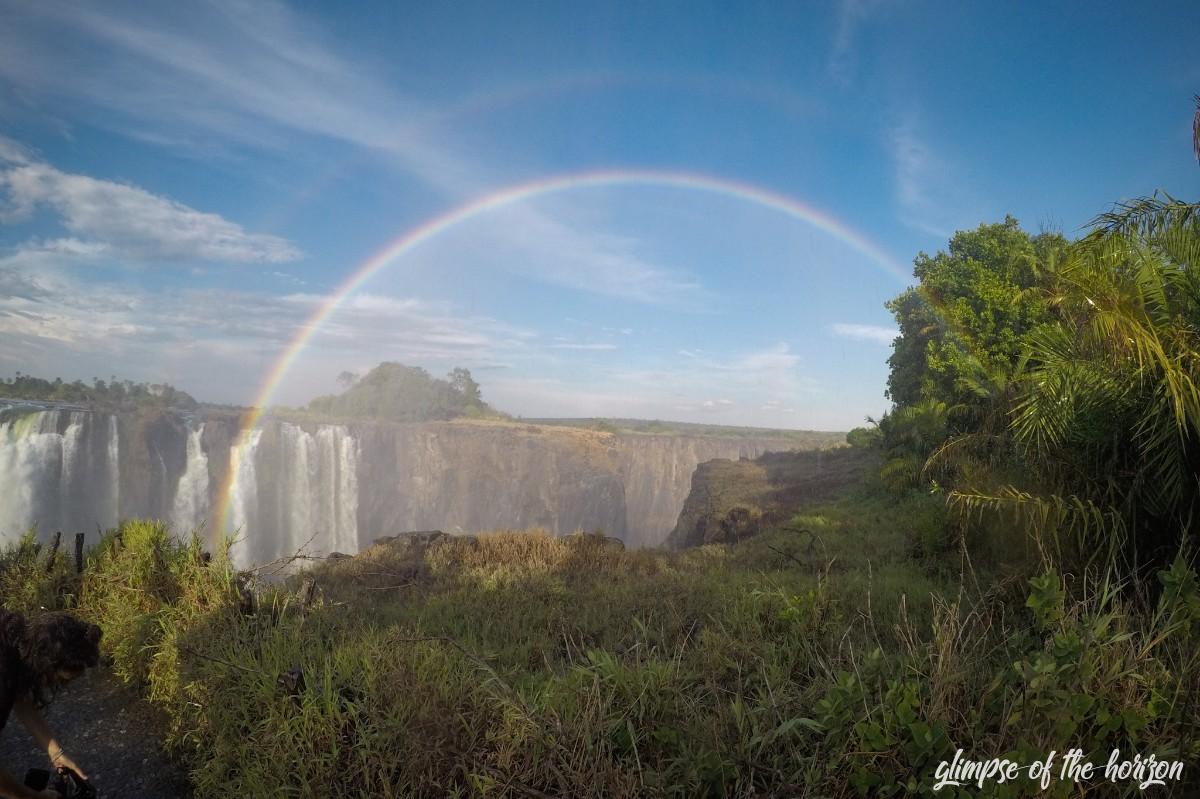 The Victoria waterfalls are a breathtaking natural spectacle, which promises beautiful pictures of the actual waterfalls and above all action. That’s why it’s so unreal that the people around them don’t have a real currency and queued for miles for the gas stations to fill up with the little gasoline. The place is special – in many ways. And definitely belongs on every Africa tour.