2018 Asia India Wonders of the world

Taj Mahal – the Indian wonder of the world

If you talk to travellers and locals in India, you will hear from almost everyone that you are magically attracted to the Taj Mahal. It is one of the new seven wonders of the world and definitely the most important tourist building of India. Of course, it was also high on our list.

Early it started for us to the Taj Mahal. The opening hours of the park that belongs to it depend exclusively on the sunrise, so one can never be sure when the gates will open. At 5 o’clock we started from our hostel and needed about 20 minutes on foot. It is advisable to buy a ticket online in advance so that you can bypass the ticket counter.

So here were the tourists. Otherwise, one did not see many of them on the streets in Agra. Everything here is almost perfectly organized: lockers, orderly rows at the entrance. Many women in the queue at the entrance wore beautiful clothes and were perfectly made up. The Taj Mahal is one of those places that simply invite you to take pictures.

At 6:15 a.m. the gates opened. Before one could advance to the tomb, one was still examined by fluoroscopy. One was meticulously examined. Policemen with machine guns secured the entrance. Afterwards it was then so far. At the main entrance to the Taj Mahal the crowds were already waiting to get in. 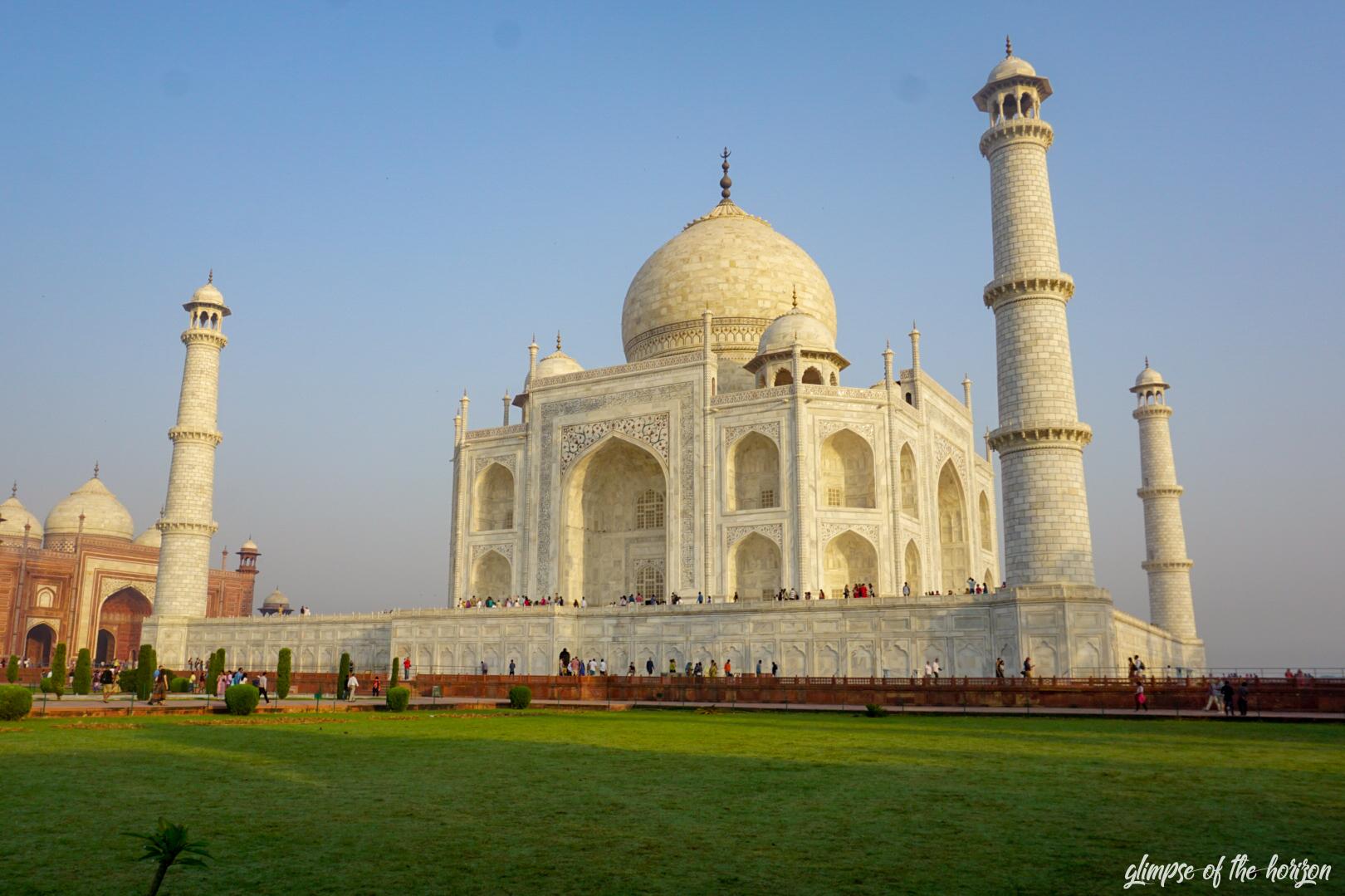 There it was: the Taj Mahal. It is really impressive – even more impressive was the interest in the site. New visitors came in continuously and the stream did not stop. The world famous photo spot on a central elevation just in front of the Taj Mahal was immediately captured by tourists. A first queue for taking pictures formed. 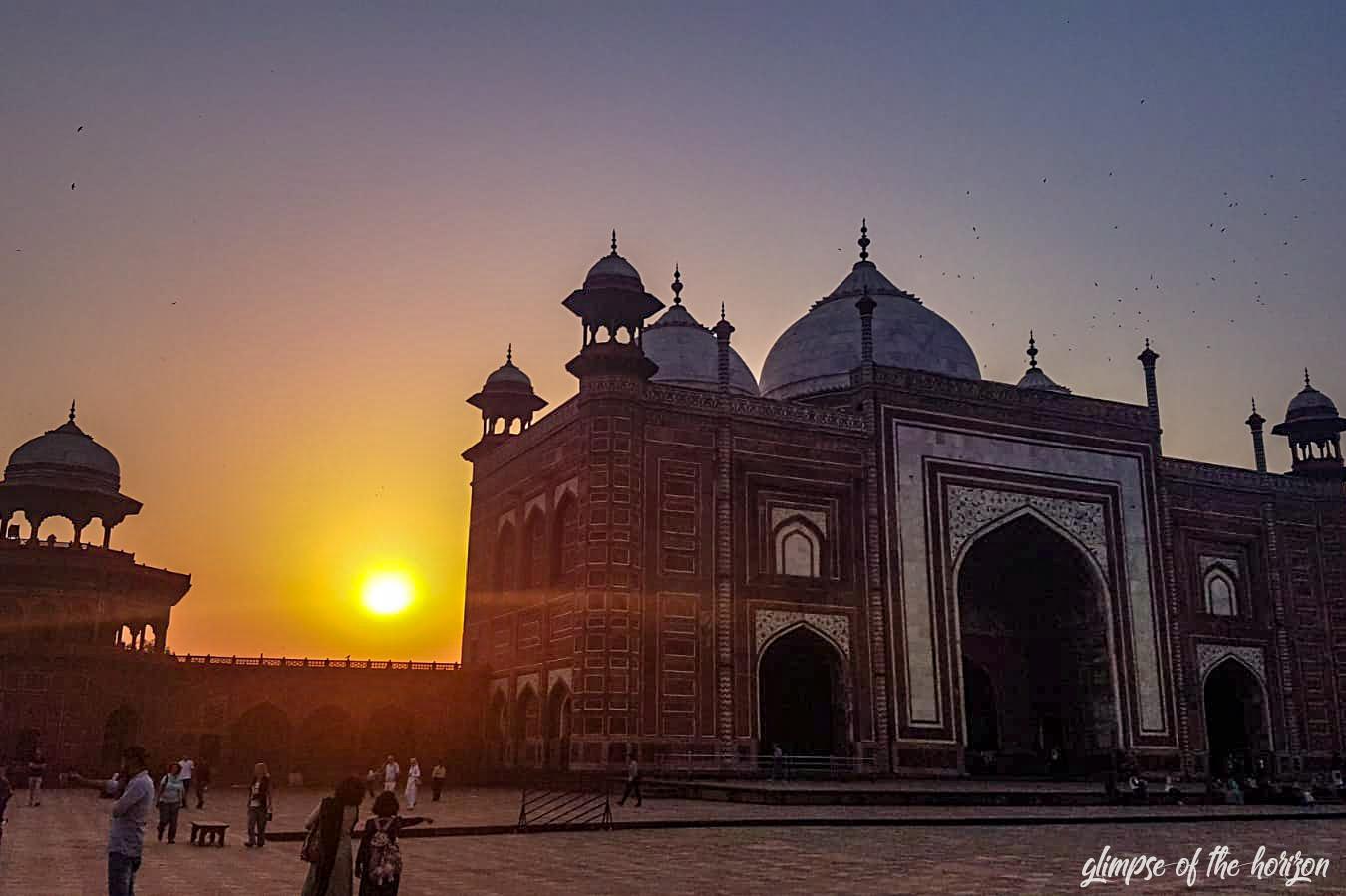 Inside the Taj Mahal there is the actual burial chamber as well as in the backyard a view point over the riverbed in Agra. But the Taj Mahal is something for the eye, especially from outside. One simply wants to photograph it!

Our trip to this new wonder of the world was a welcome change for us. Until that time we did not get completely warm with the Indian cities. Maybe we need more time, maybe we were only in the wrong places so far. Anyway, another facet of India did us good…

What the Taj Mahal has left in your memory: