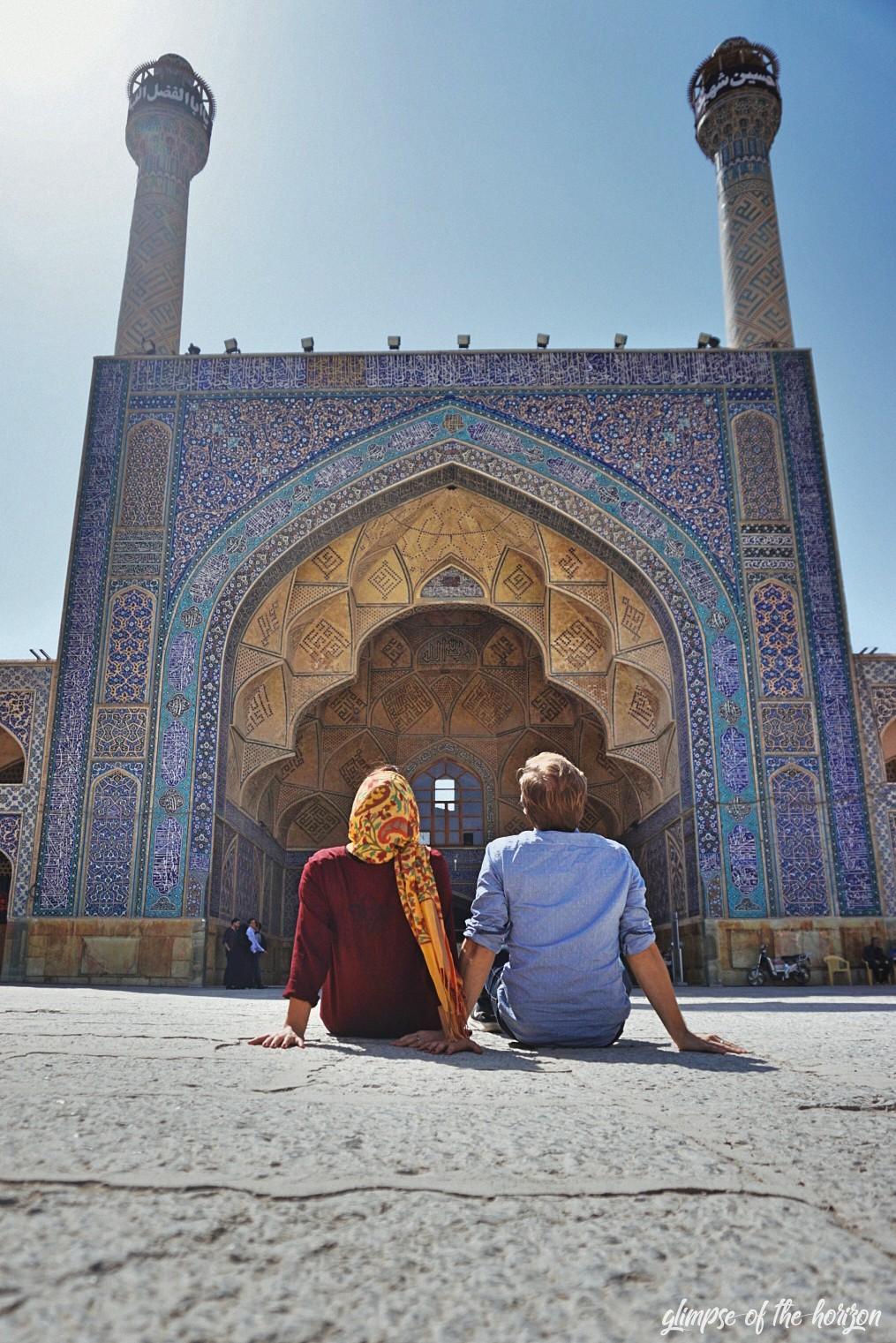 In the geographical centre of Iran there is also its cultural centre. With Isfahan, we entered a city that takes noticeable care of its appearance. You hear a lot about the city when you talk to Iranians and other tourists in Iran. It is the hub for visitors from all over the world.

It was already evening when we reached Isfahan. The sun went down and we decided to explore some places of Isfahan. Twenty minutes away from our hostel was Imam Square, the second largest inner-city square in the world. At that time, still unaware of this information, we walked there.

The square is surrounded by bazaars selling the copper, tin, ceramics and glass products of Isfahan. Through these bazaars one reaches the square, which is 500 meters long and 160 meters wide. It was already dark. Everything was illuminated. 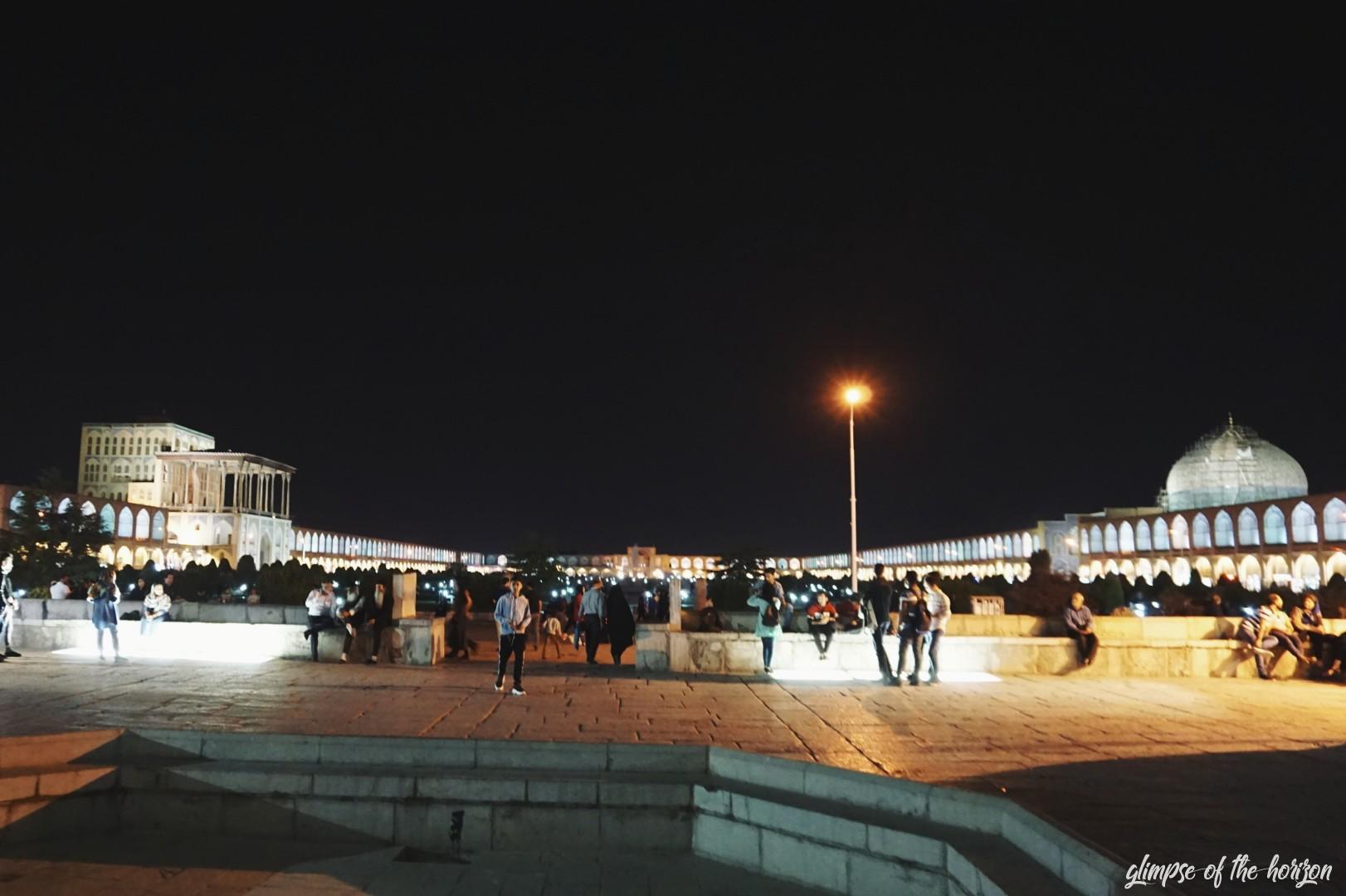 A huge, beautiful blue dome was protruding from one side. On the right side a blue and high mosque was illuminated. The whole area is green planted and immensely clean. Every ten meters there is a garbage can. City employees walk through the alleys and take care of the facilities.

It was peaceful here. Children played on the paths, some horse-drawn carriages made their way through the small avenues and families ate the local desserts on the many benches along the way. This was a place to feel good and relax, although there were so many people and so much hustle and bustle around. 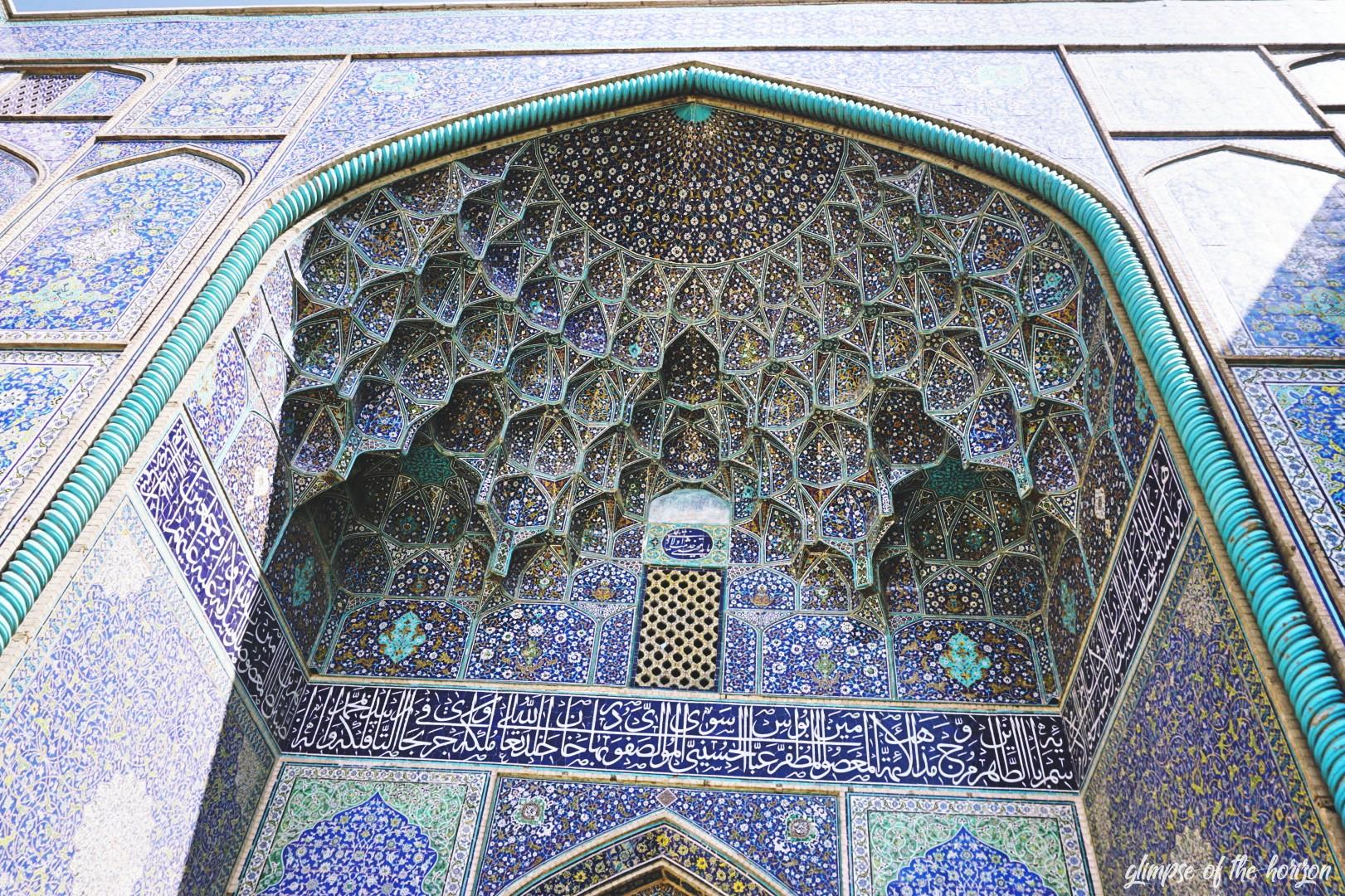 In contrast to Tehran, Isfahan pays a lot of attention to little things. Many alleys are clean, walls along the paths are painted and many areas are planted with greenery. It seems as if the residents are enjoying the beauty of their city. And so did we. 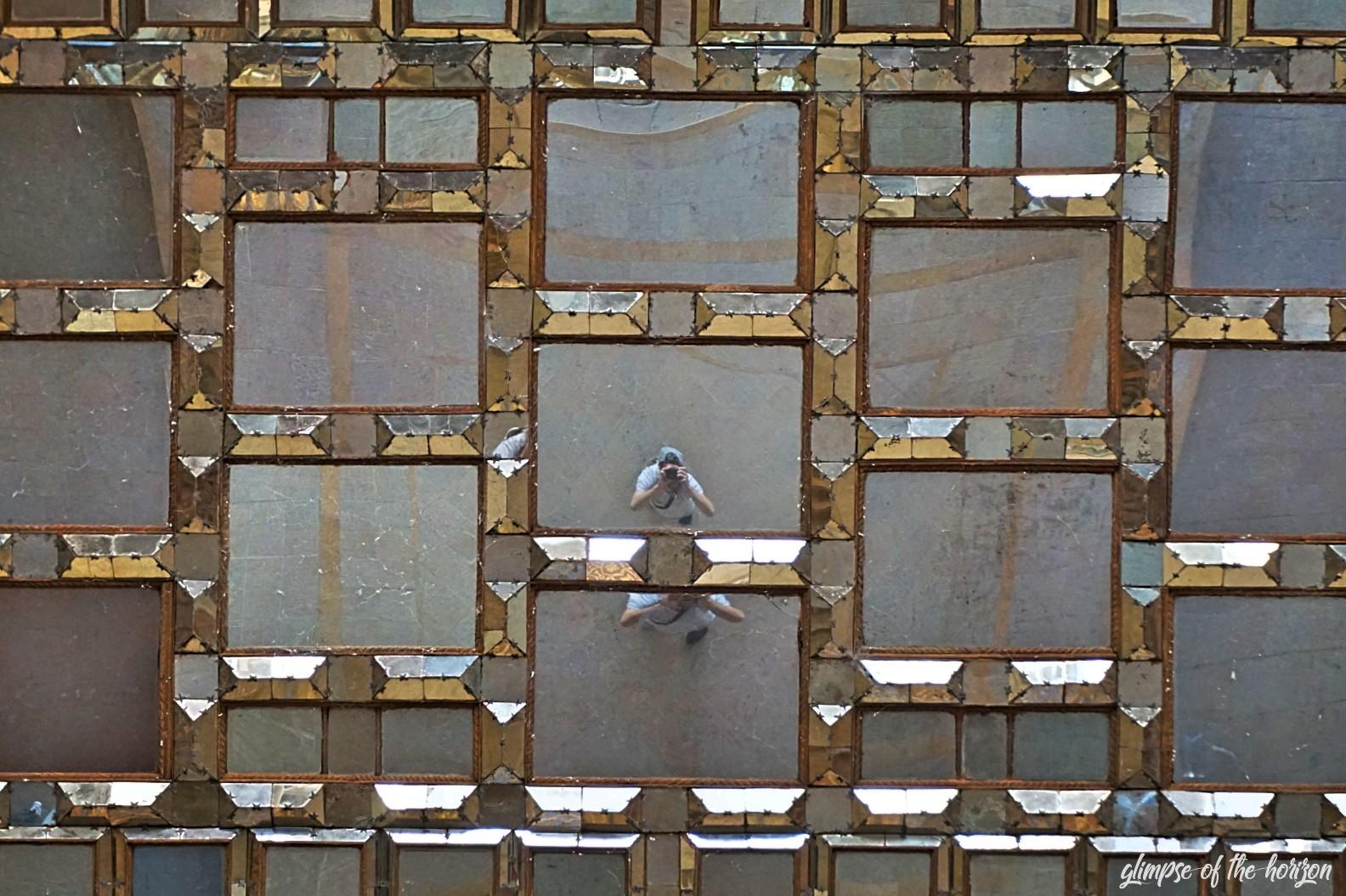 The next day was a Friday, the shops were closed for the most part. We went on the way to the Friday Mosque, World Heritage Site and meeting point of many believers in Isfahan. The way led us first to Imam Square. From there we went through a single long bazaar to the mosque. 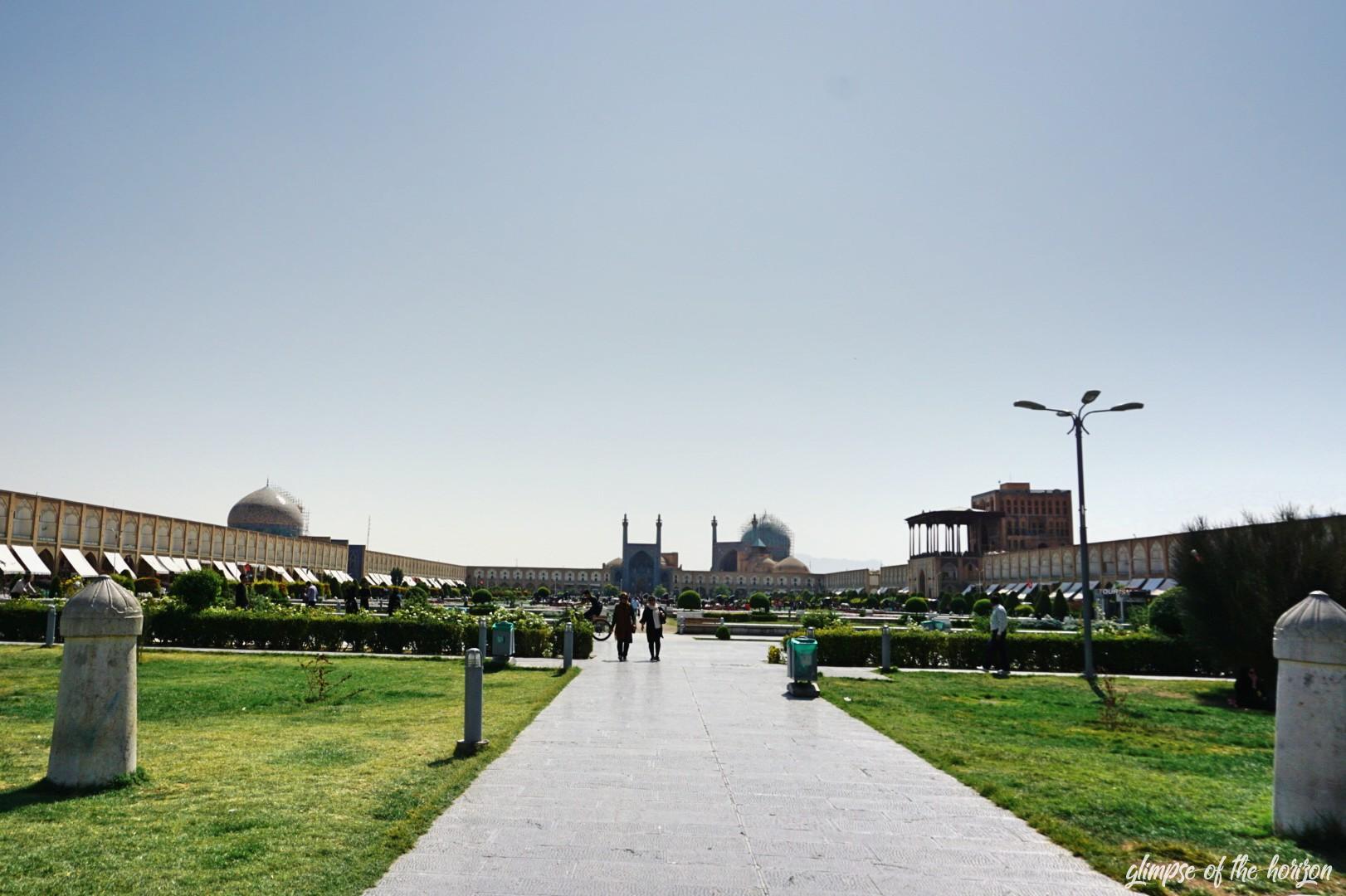 For several kilometres we walked through the empty Basargasse. Shop after shop passed us, not a soul was to be found for many minutes. Like a ghost town the bazaar seemed, which was still populated and loud the day before. This was actually the way the navigation app suggested. 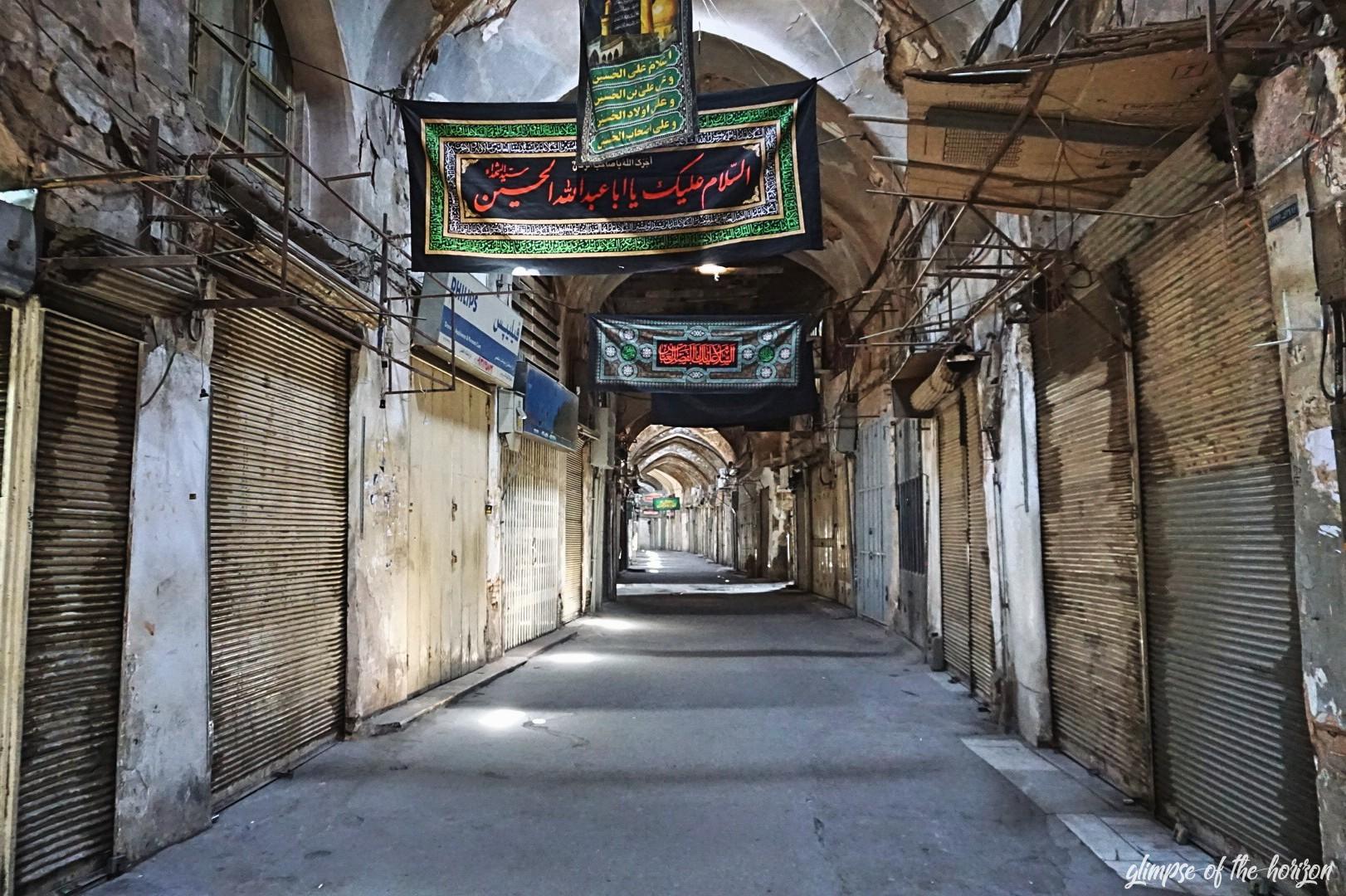 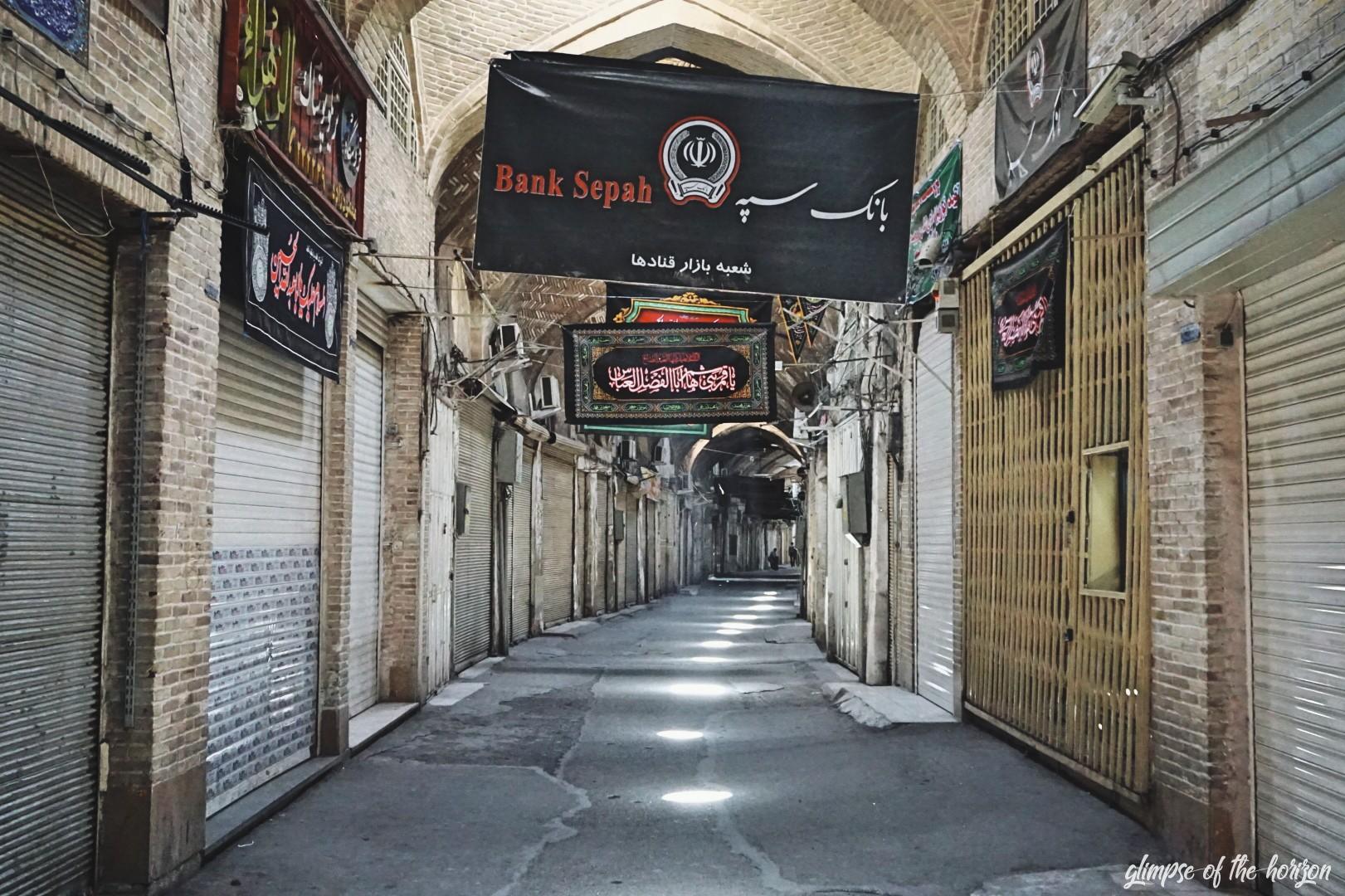 At the end of the bazaar it was now: the Friday Mosque. Impressive, the large entrance gates. From the loudspeakers of the installation the call to prayer was thundering. In contrast to other Muslim countries, which we already visited, here, within the mosque complex, one was welcome as a tourist. The people were happy about the interest.

Speaking of people: In Isfahan the inhabitants wore different clothes than in Tehran. The women were more overcast, mostly dressed in black. What did not change was curiosity and interest in strangers. We were constantly approached – mostly by younger Iranians – and asked where we came from, what we would like or where our journey would take us. 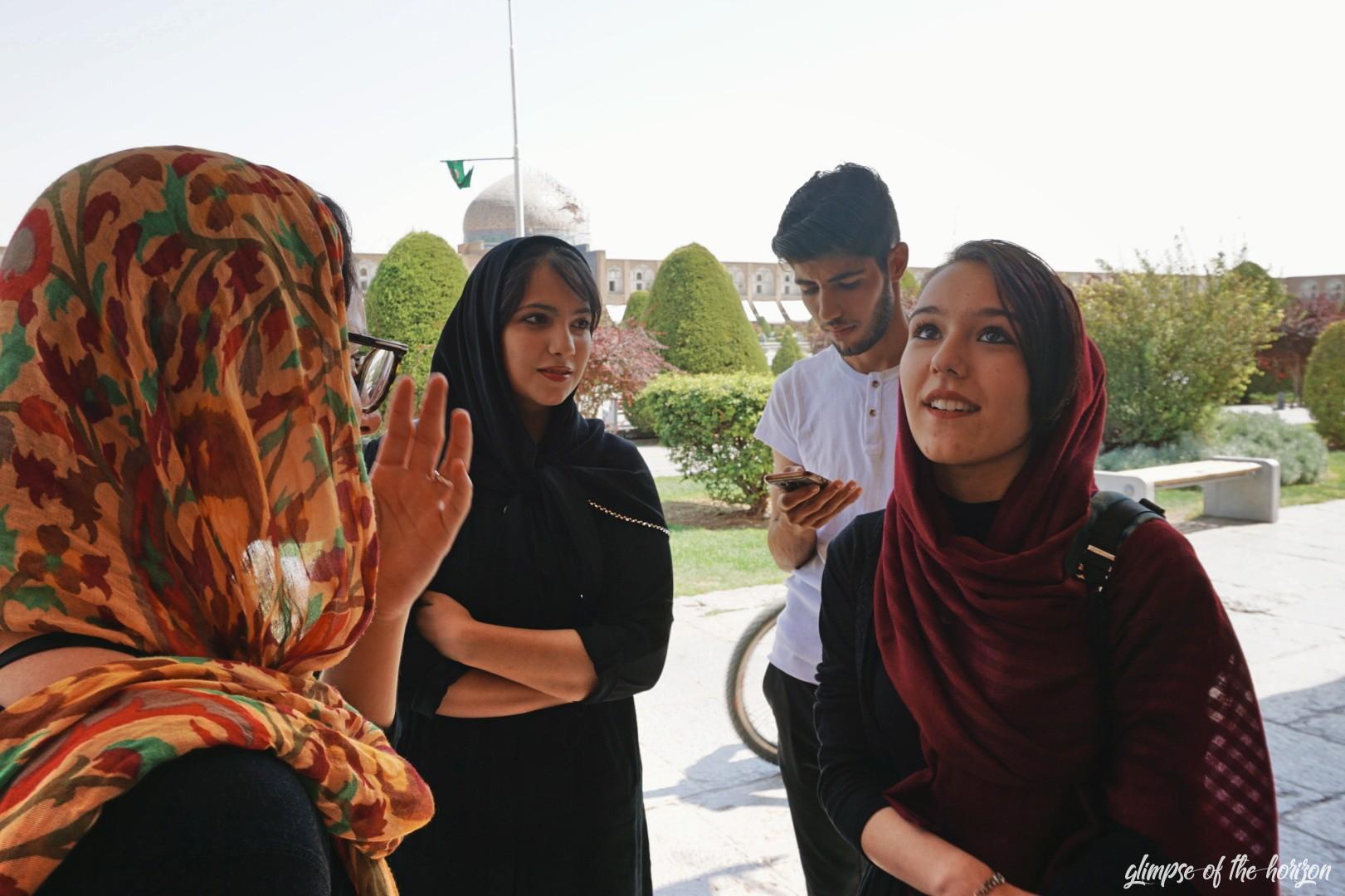 That was unusual in the beginning. Admittedly, we knew this donation from other countries rather because the inhabitants of the country wanted to sell us something. That was not the case here. They wanted to learn something from strangers. One wanted to learn more about their view of one’s own country. And you wanted to shoot Selfies. Again and again Selfies.

A great place for those Selfies is the Chadschu Bridge. We should visit it in the evening, was the tip that we had received from many different Iranians on the way. Of course we followed this suggestion and visited the bridge after dark. Already from some distance the path was full of yellow and orange lights. 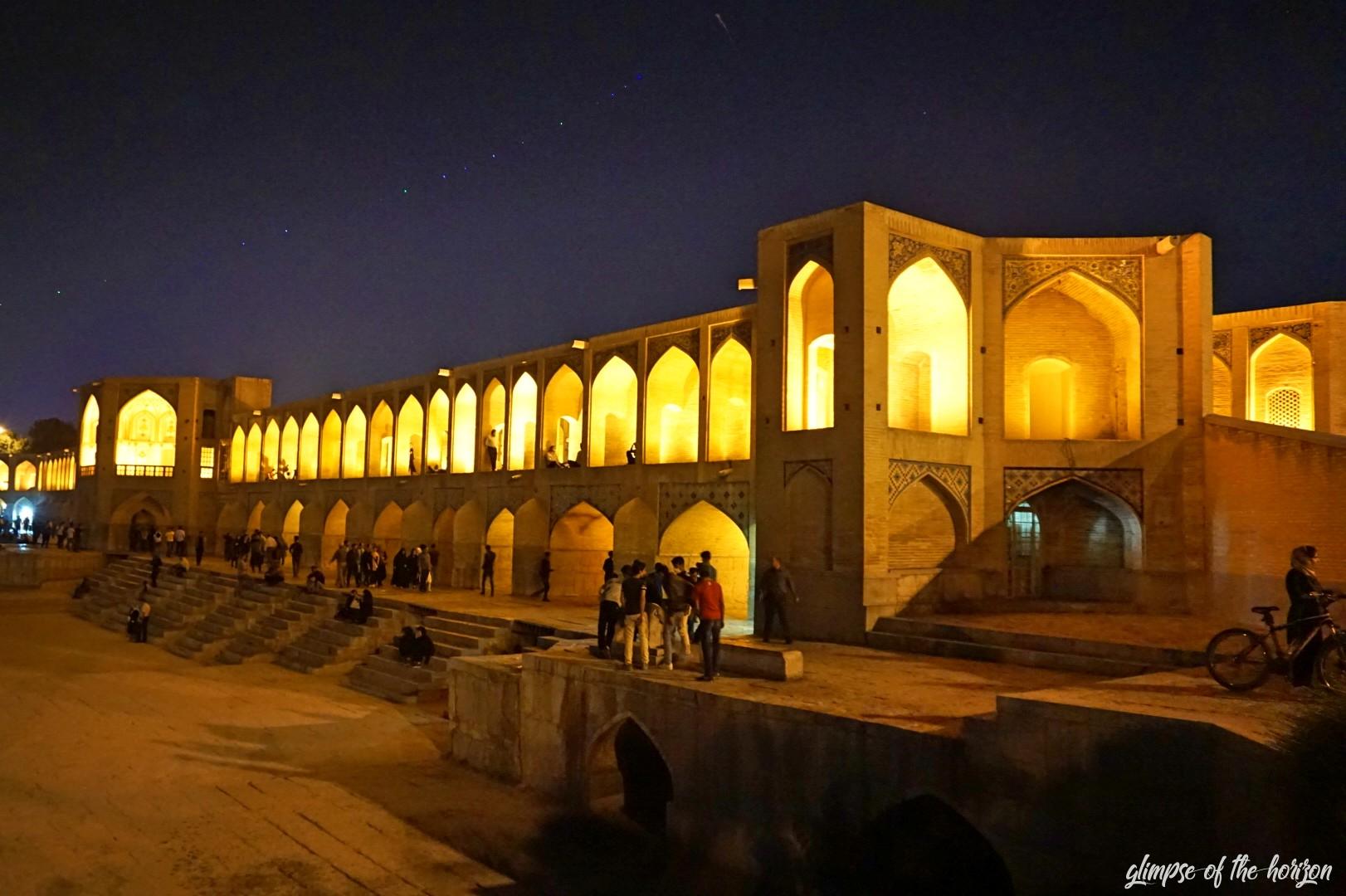 The bridge was a dreamlike sight, like a story from 1001 nights. It led over a river basin, which was completely dried out. All the chambers and arches were illuminated. Everywhere people sat on the two levels. Music was played downstairs, friends and couples were sitting upstairs enjoying the view. 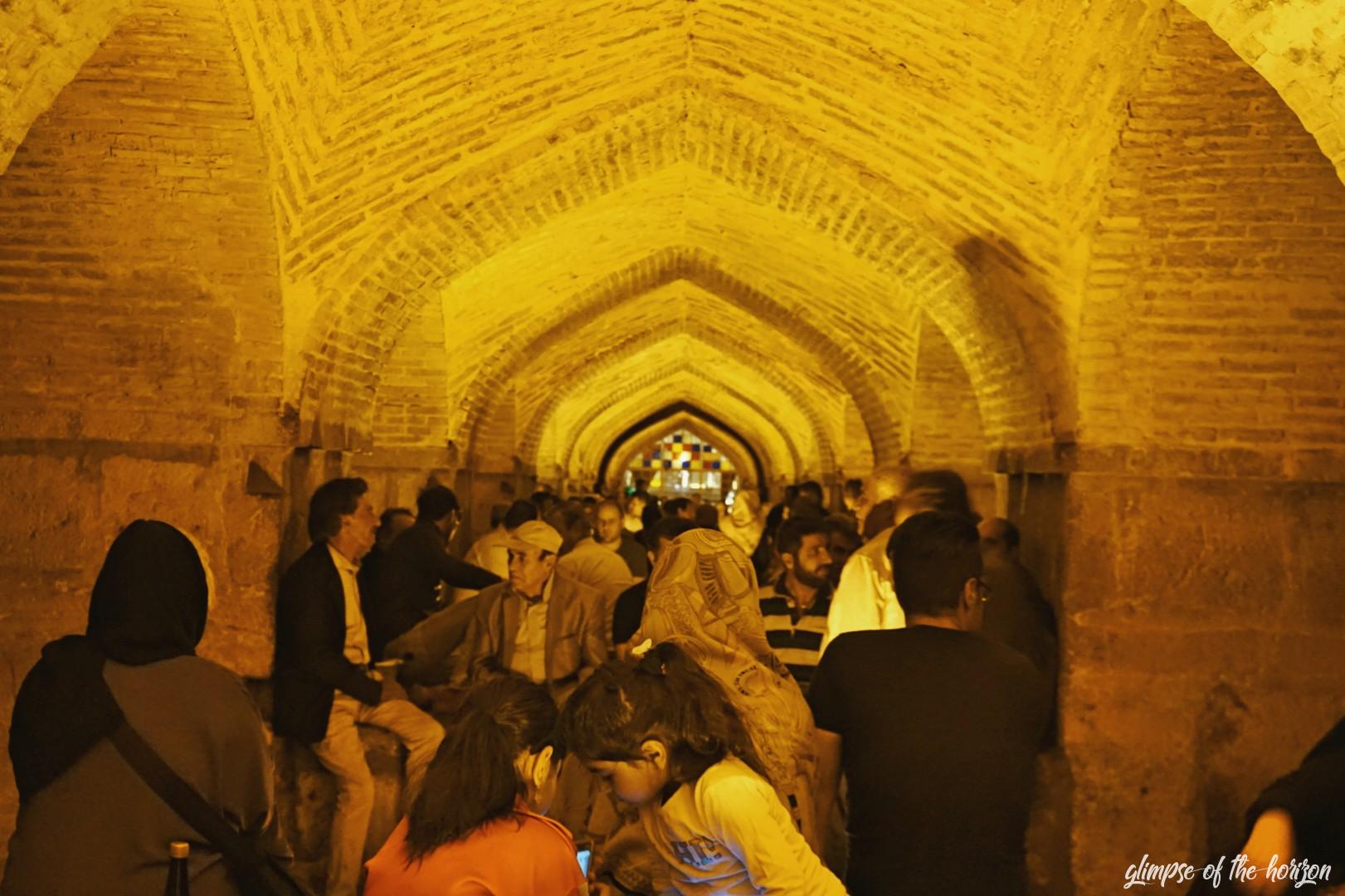 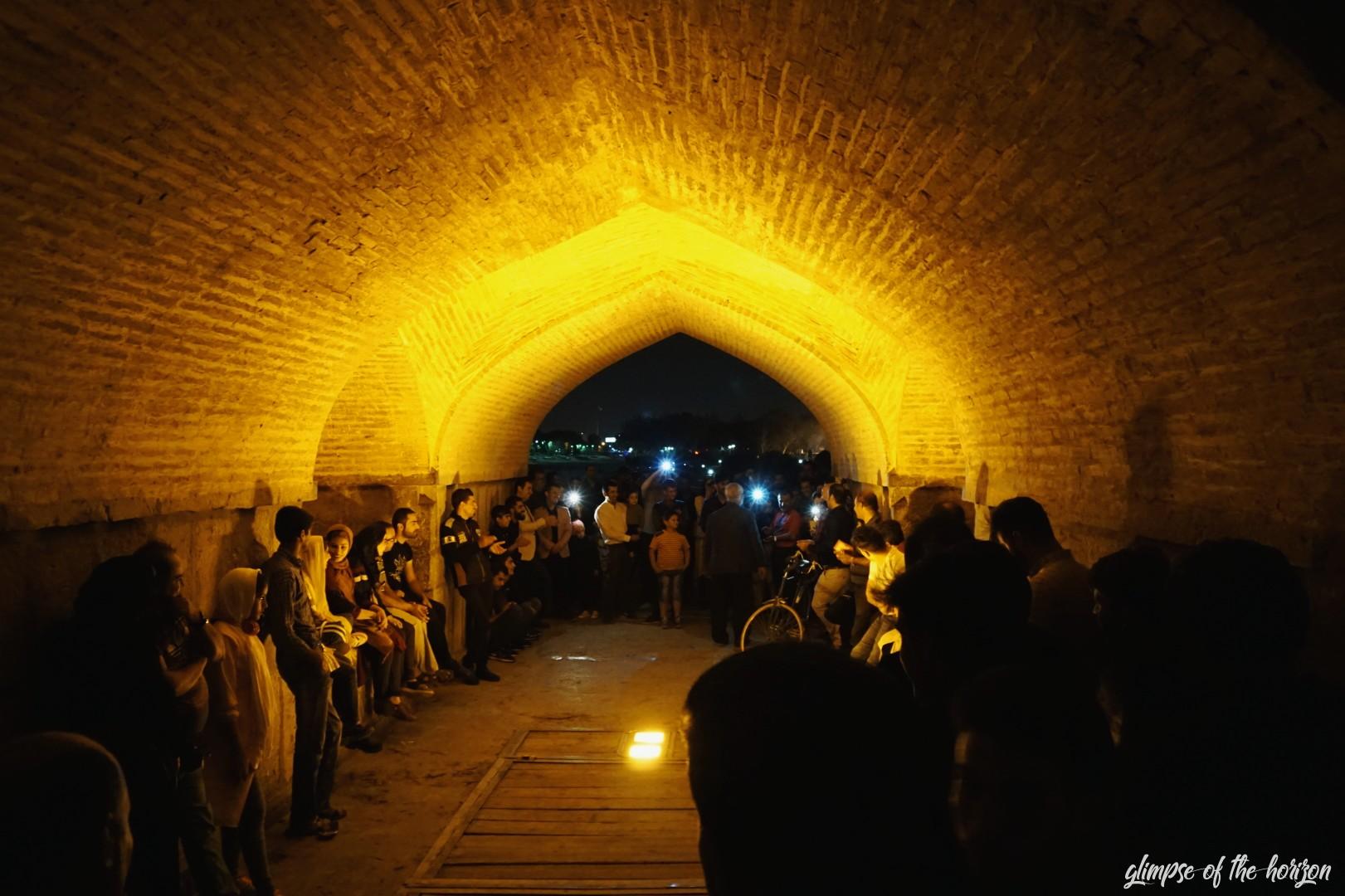 We were immediately in love with this sight. It was easy to feel comfortable here and to dive into the local life. How easy it was all over Isfahan, whose beauty and liveliness we liked very much. 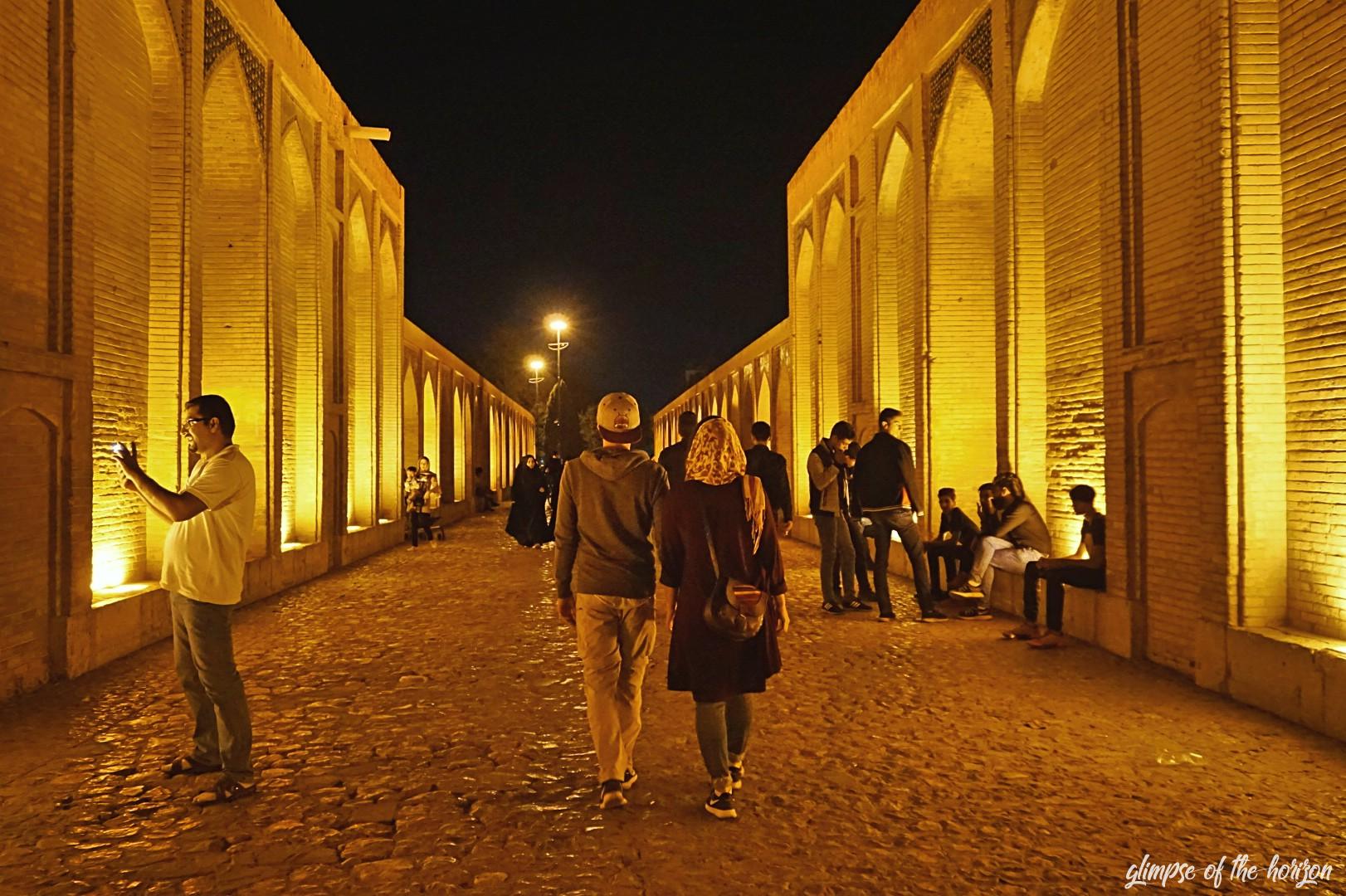