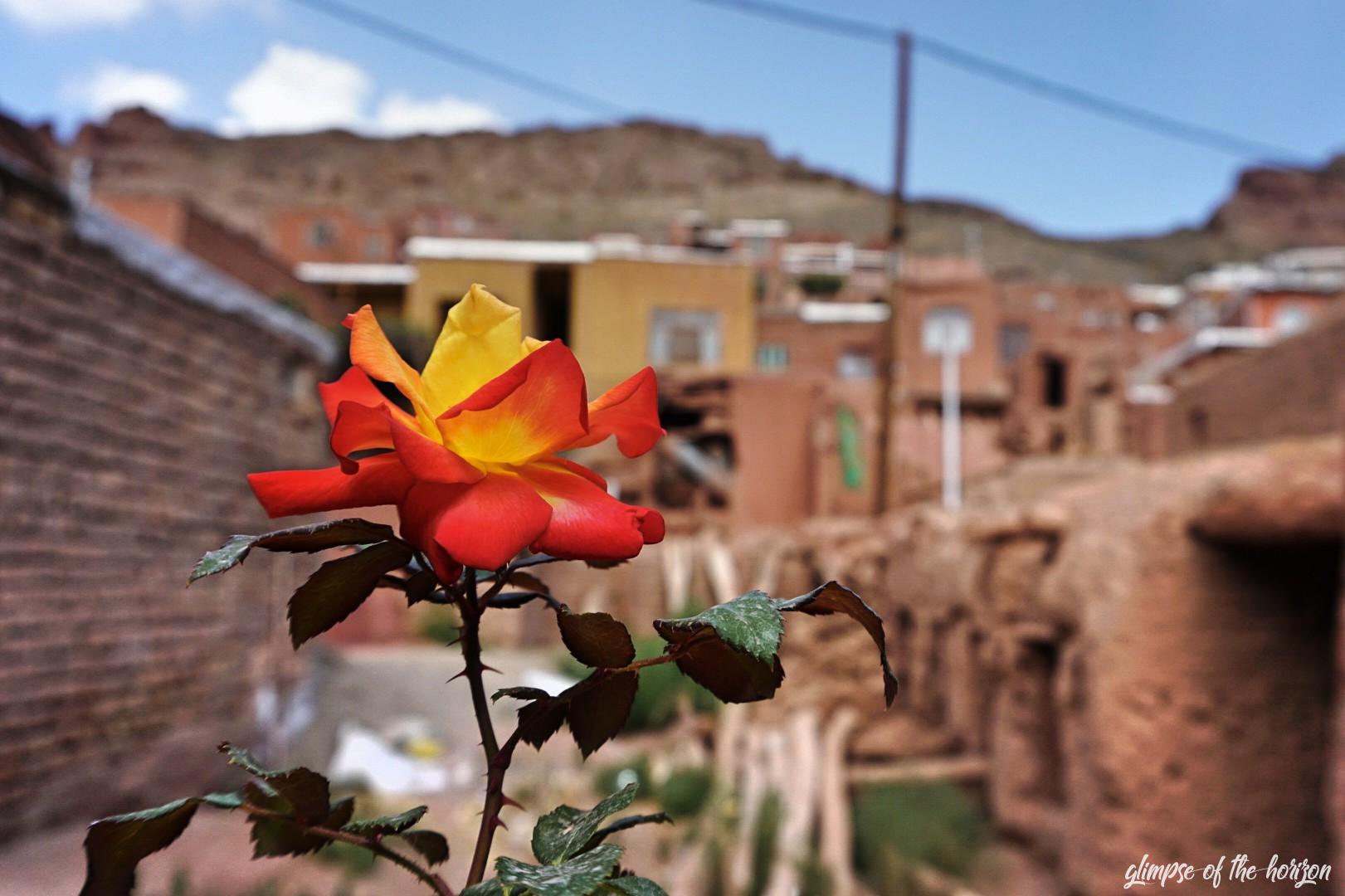 On the way from Tehran to Isfahan we wanted to get some more insights into the Persian culture and building arts. Therefore it was obvious that we visited the city of Kashan and the mountain village Abyaneh, which are full of cultural, religious and historical sites.

We took the bus from Tehran to Kashan. In advance we were advised to reserve a so-called VIP bus. This is more comfortable than a normal bus and costs altogether one Euro. Said, done – already we sat in a fully air-conditioned bus, in whose very wide seats we could stretch our legs completely.

After about three hours we reached Kashan. The air was fantastic. The wind blew through the wide streets. One noticed that it would be immensely hot during the day – in contrast to the petrol soaked Tehran, however, this was an oasis here. Considering the nearby desert, the city is really something like an oasis.

We had hardly got off the bus, already a few taxi drivers came to us. We went with one of them. That one offered us to go to Isfahan the next day and to drive to the most beautiful and important places on the way. Since we have not made any plans yet, the driver was very likeable to us and the price was also low, we agreed.

But the driver wouldn’t have been a real Persian if he hadn’t already shown us the most important places of Kashan in the evening – it was 7 p.m. in the meantime – so that we could leave quickly the next day. Without surcharge and full of pride in his homeland. 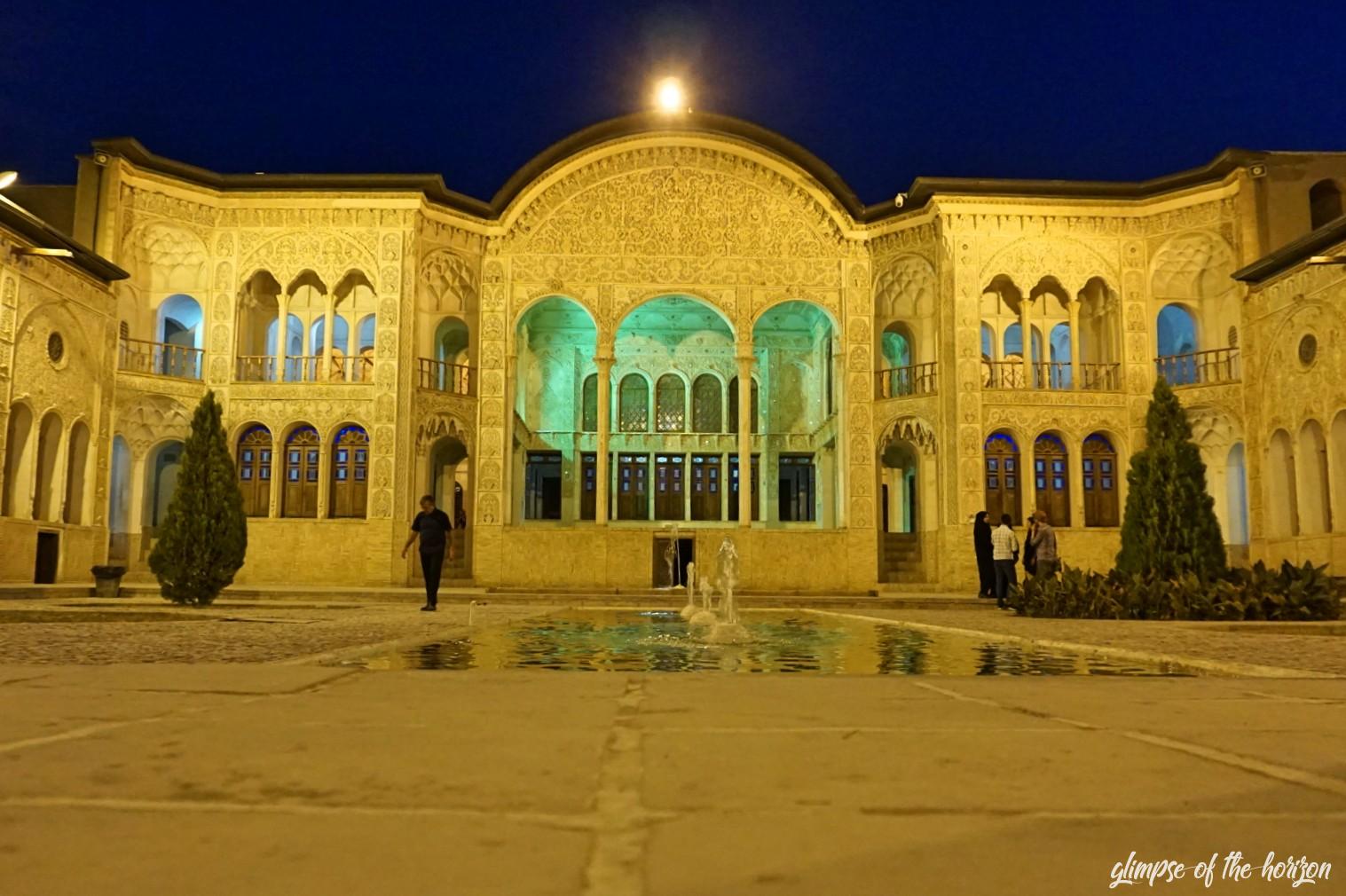 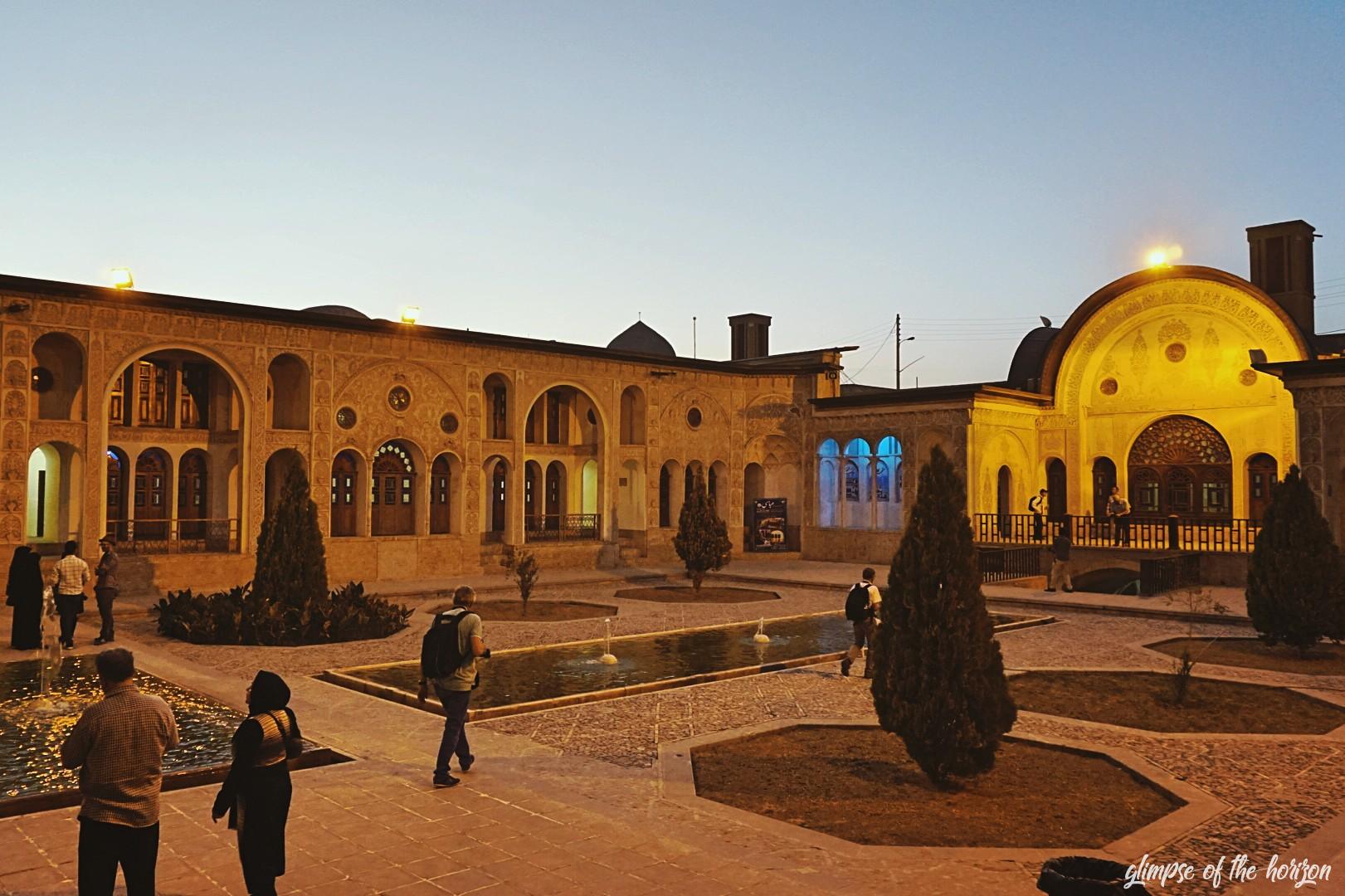 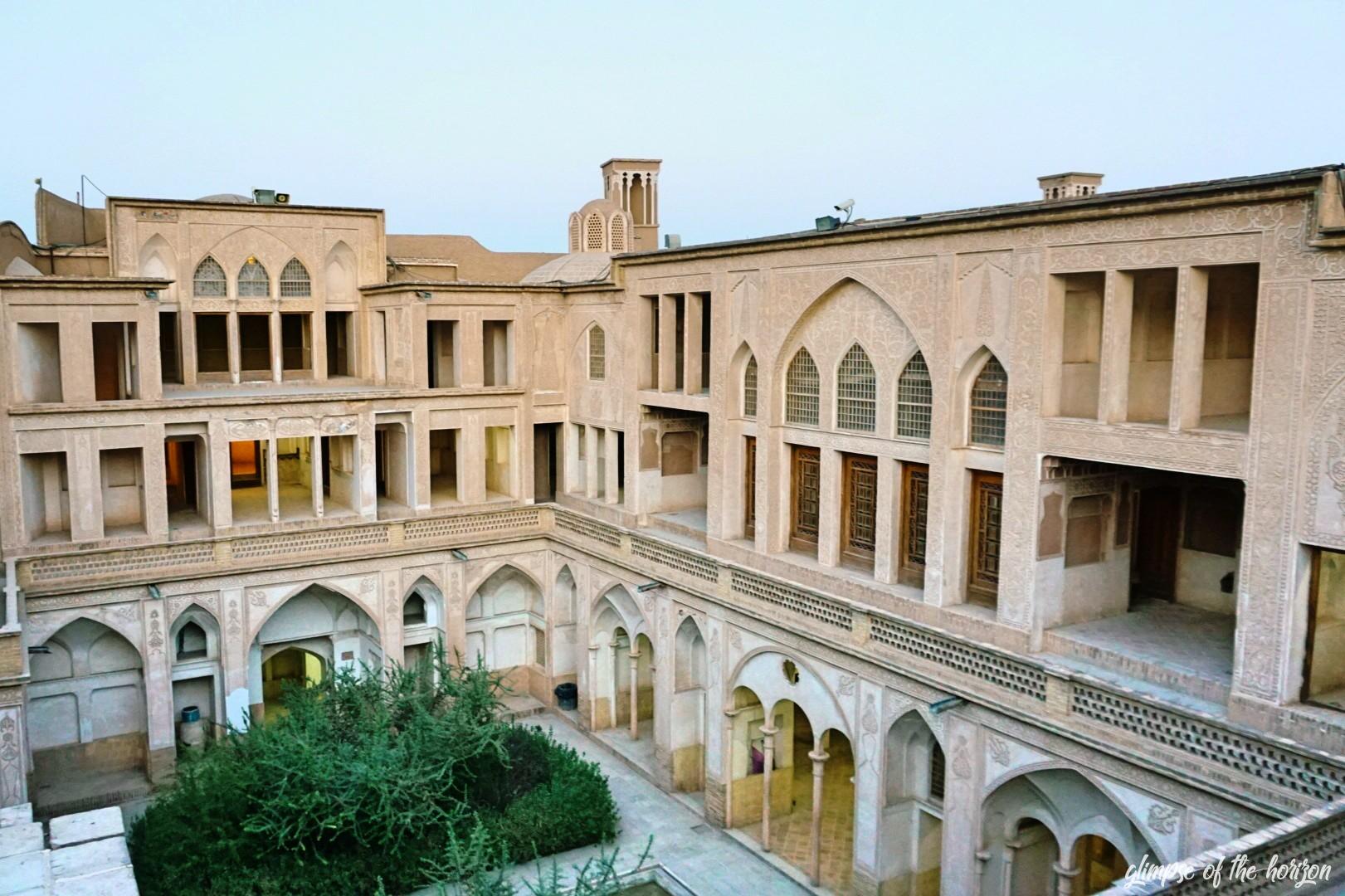 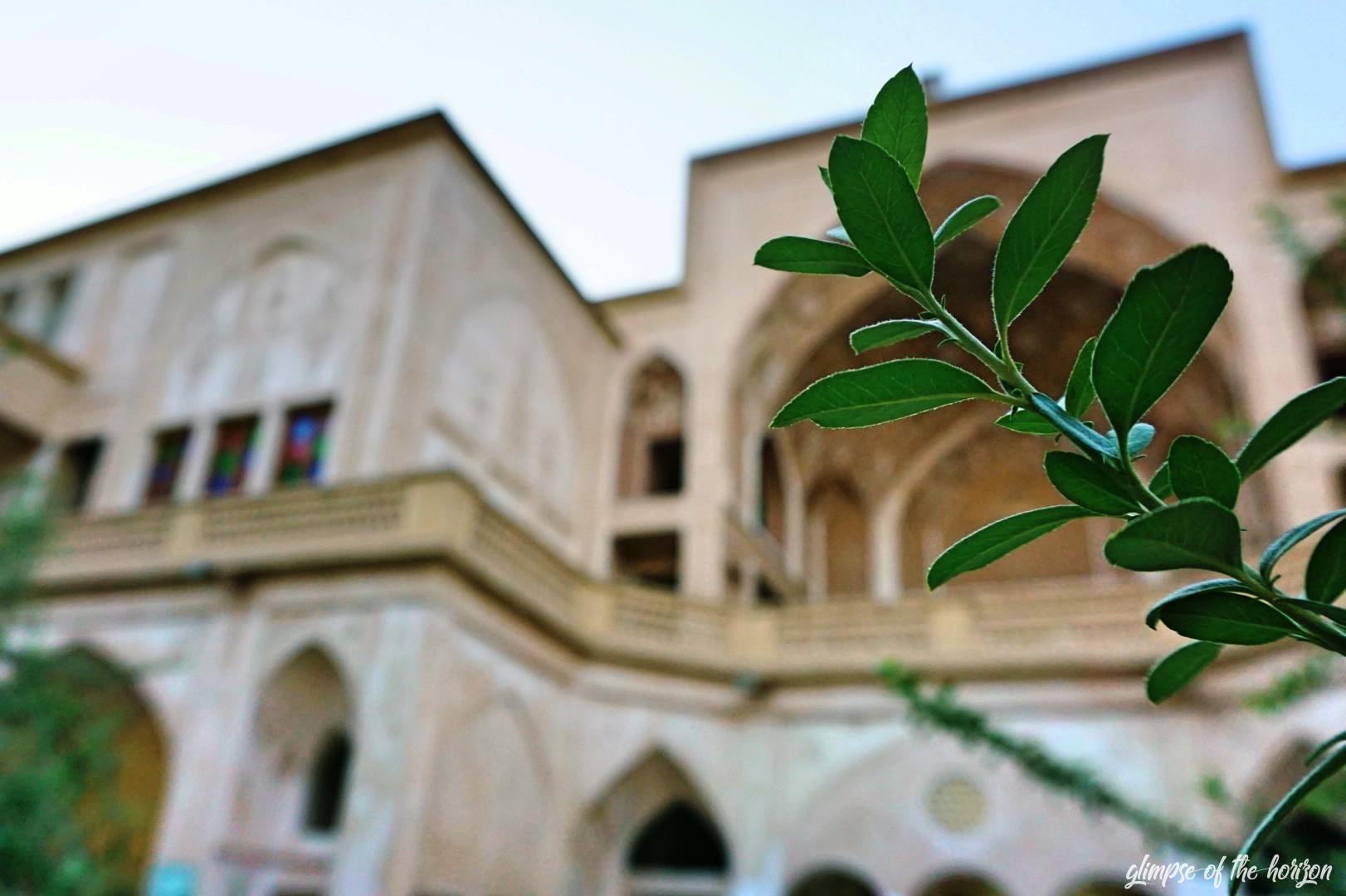 And here in the big old houses of the city they were found for the first and last time: other tourists. And rightly so: the paintings on the walls and ceilings were breathtakingly beautiful. 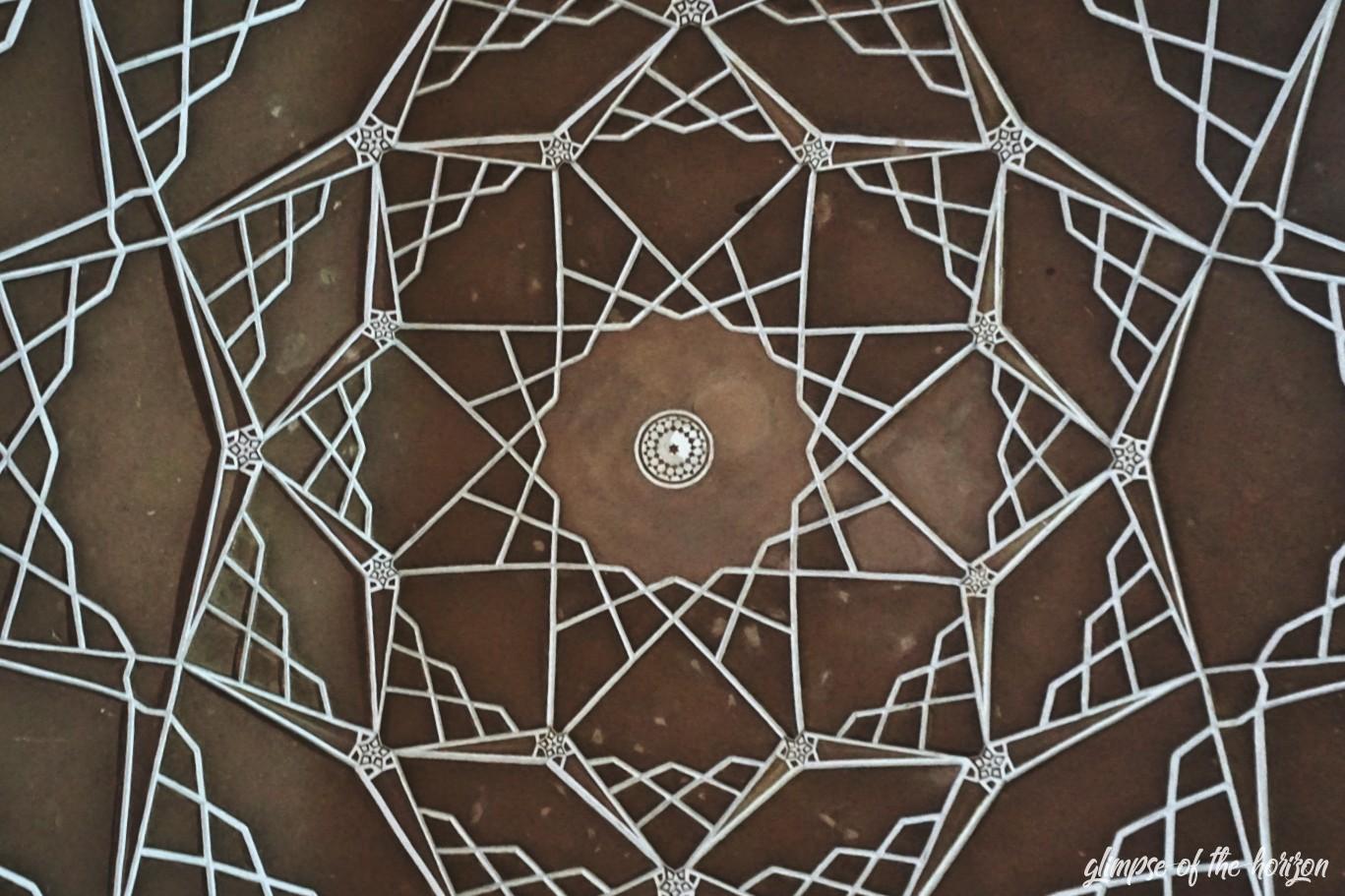 Much is worked with light inside and outside the sites – different colours and angles make the already magnificent works of art shine even more beautifully. 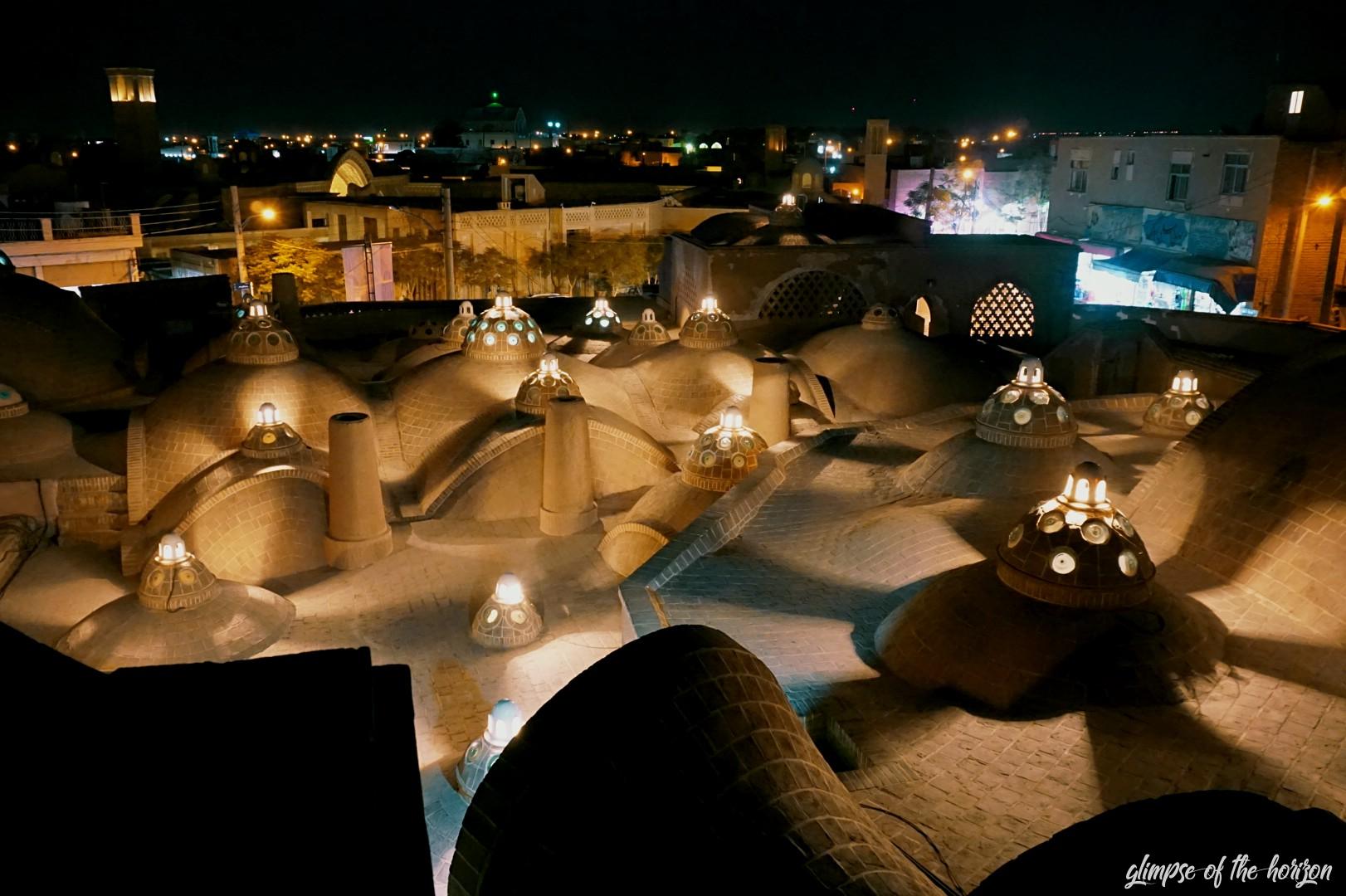 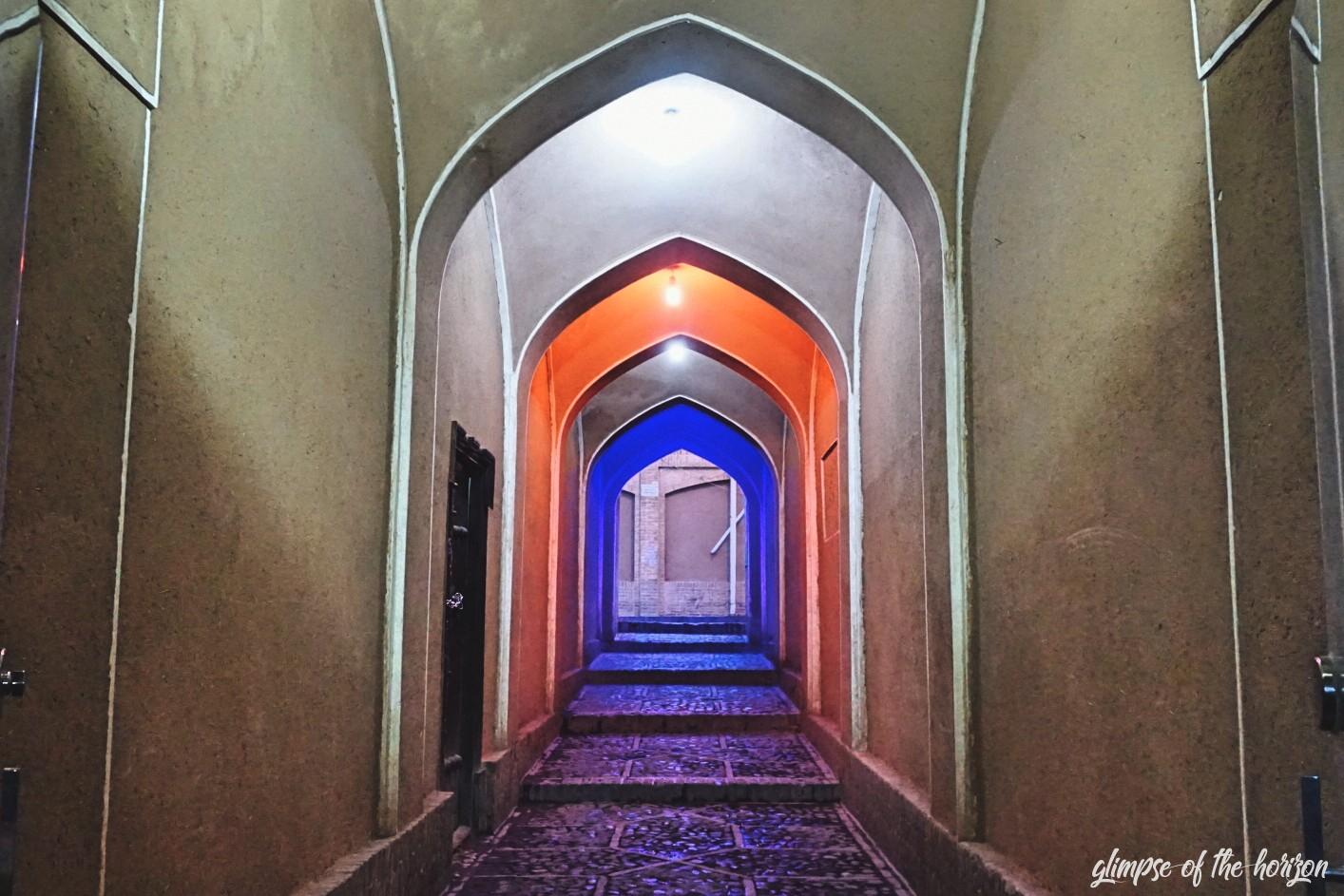 The sightseeings within Kashan can actually be seen within a day. But around the city there are still some scenic and cultural highlights that can be reached by car within a few hours. Also on the way to the south to Isfahan, which we hit the following day.

As first stop we found ourselves in the Fin Garden, one of the most important Persian gardens. The property was immensely maintained and a green oasis in the midst of the barren and brown landscape and buildings around it. The air was so great due to the many trees and bushes and a real revival. 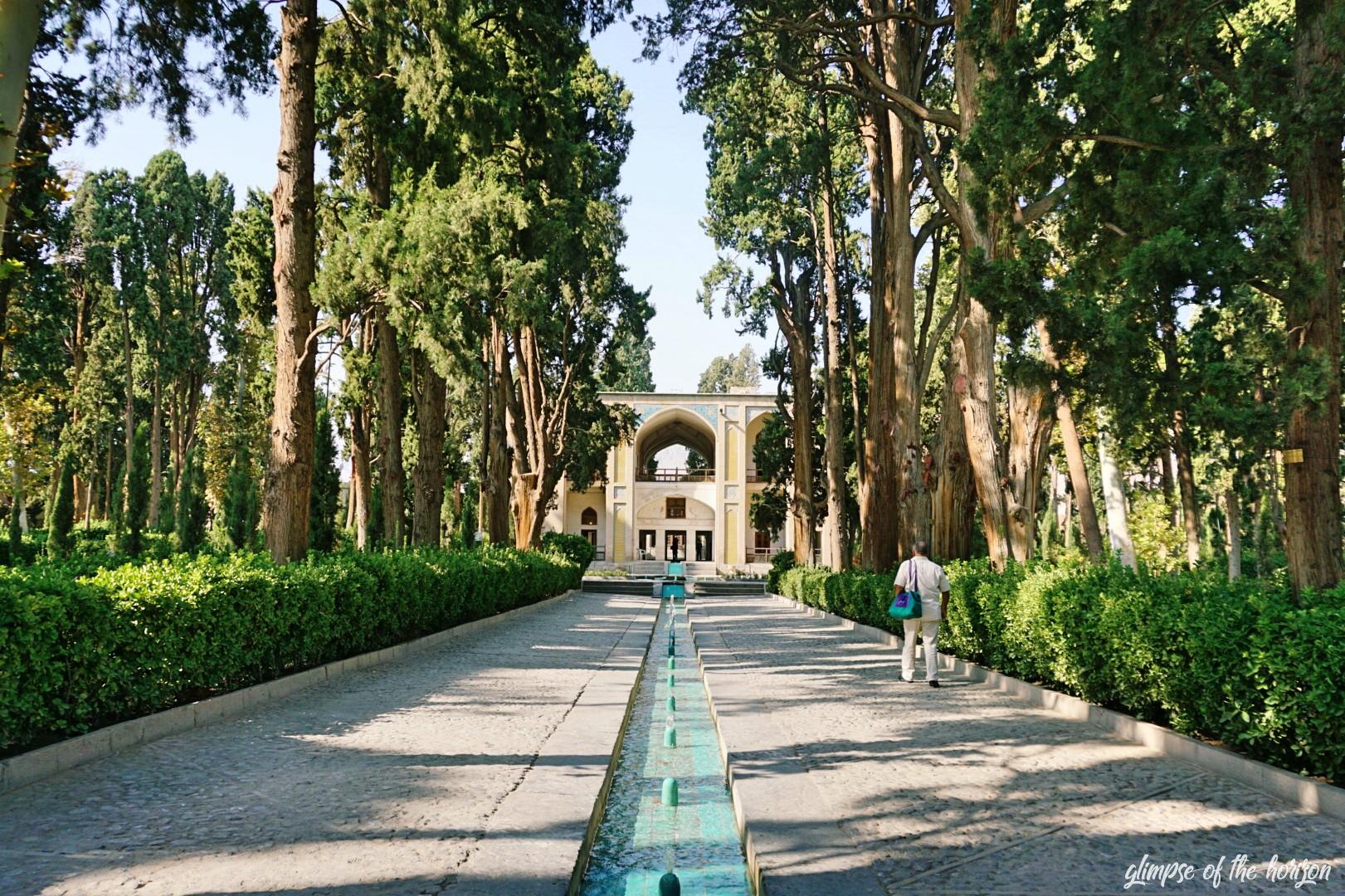 We went on to the open secret tip: Abyaneh. The settlement is 2,500 years old. In the middle of the desert-like surroundings a village was carved into the mountain which was far ahead of its time: sewers, complicated tunnels for the inhabitants and multi-storey houses with balconies. 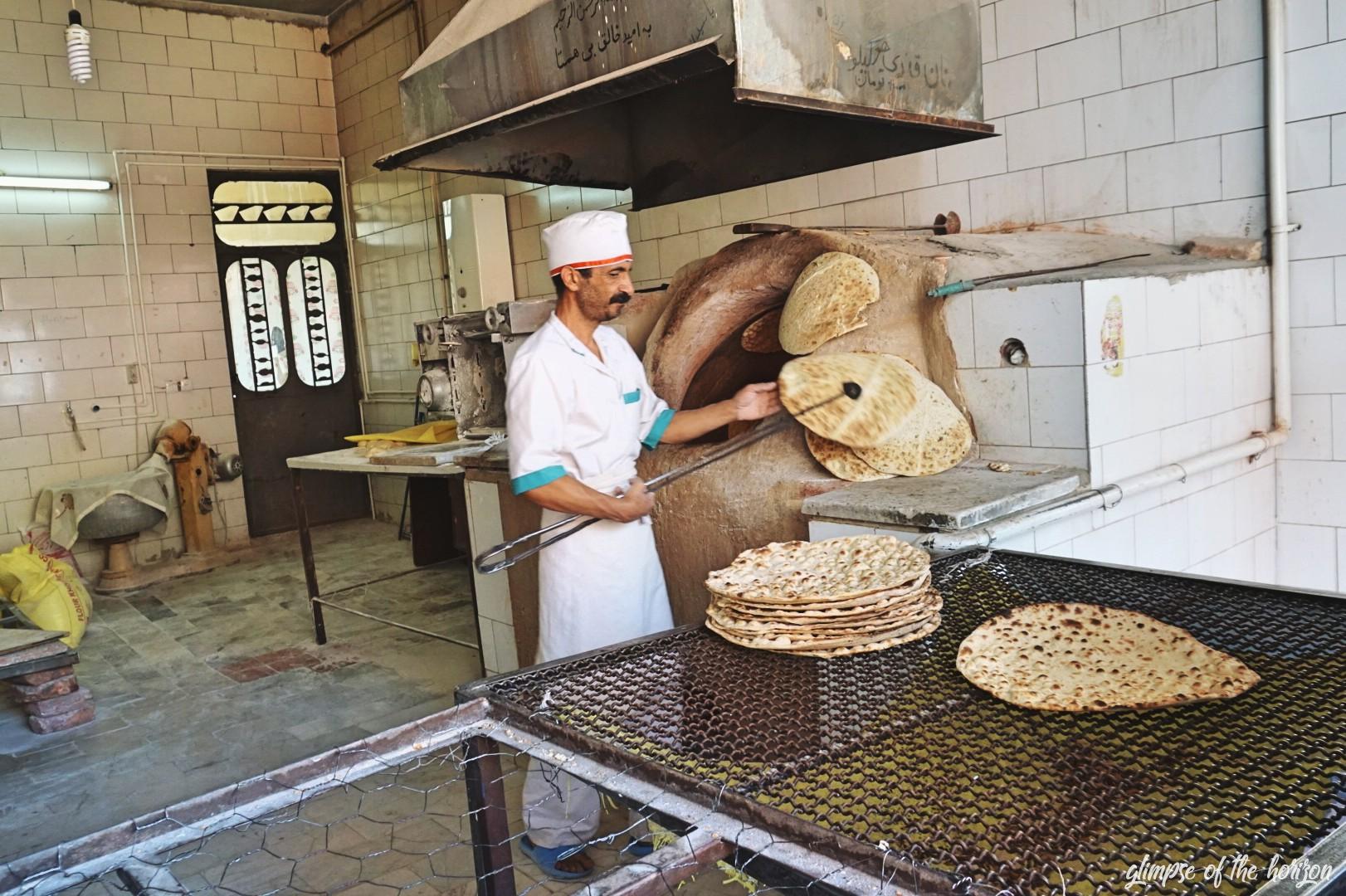 Abyaneh is described as a “living museum” in its own flyer. That’s a good thing. The city is dead. Very few people still live here, a baker at the entrance bakes bread in his old oven, which actually tastes very good. A main street leads through the village and has only few branches. Therefore, it is immediately noticeable that there are more tourists here than inhabitants. 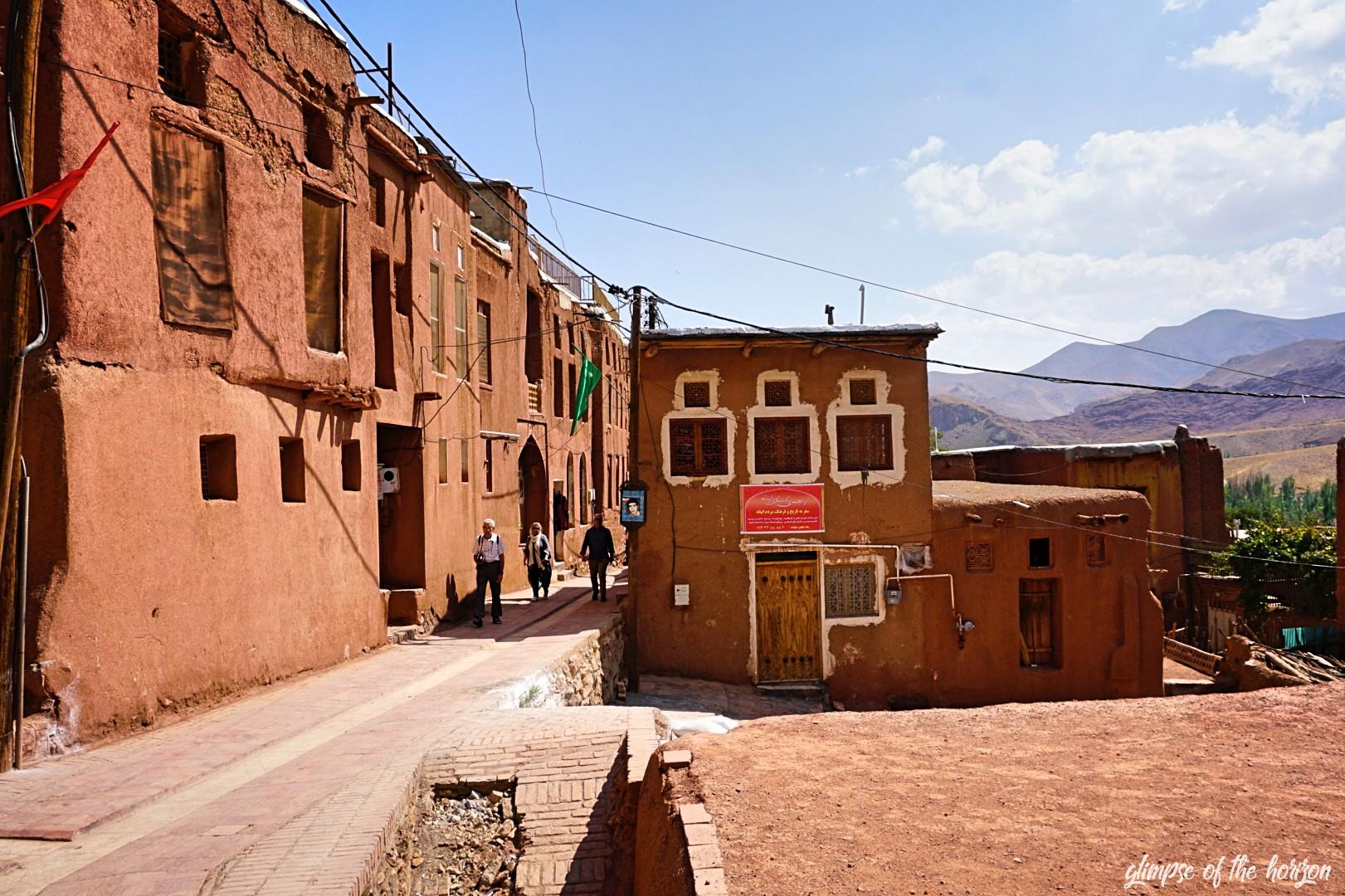 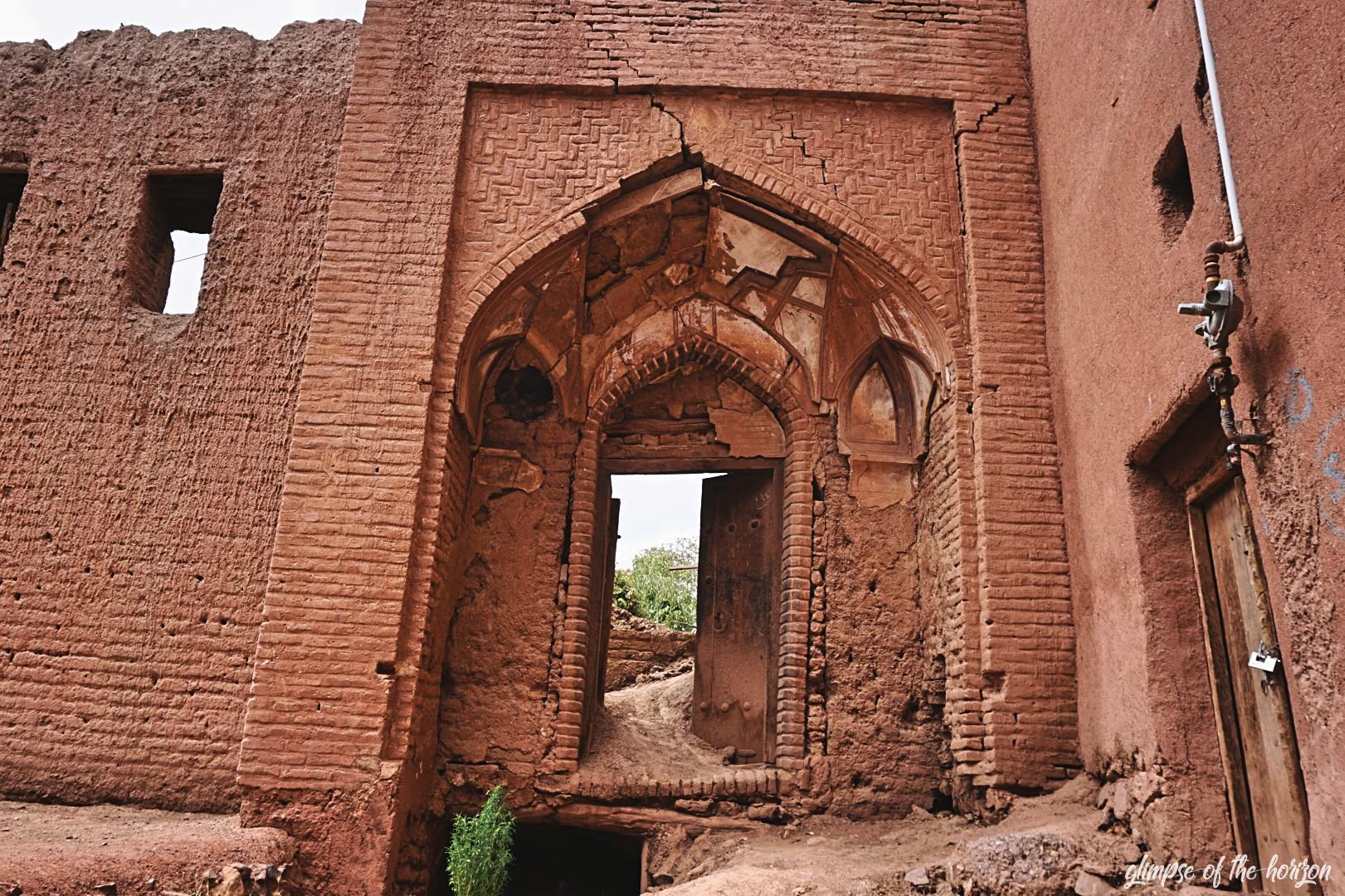 Abyaneh is something for photographers and door fetishists. The mountains around allow great panorama pictures and the gates and doors at the house entrances are varied and simply beautiful to look at. The village blows the melancholy of the past. Hardly a house is preserved and hardly anything gives a hint for future. 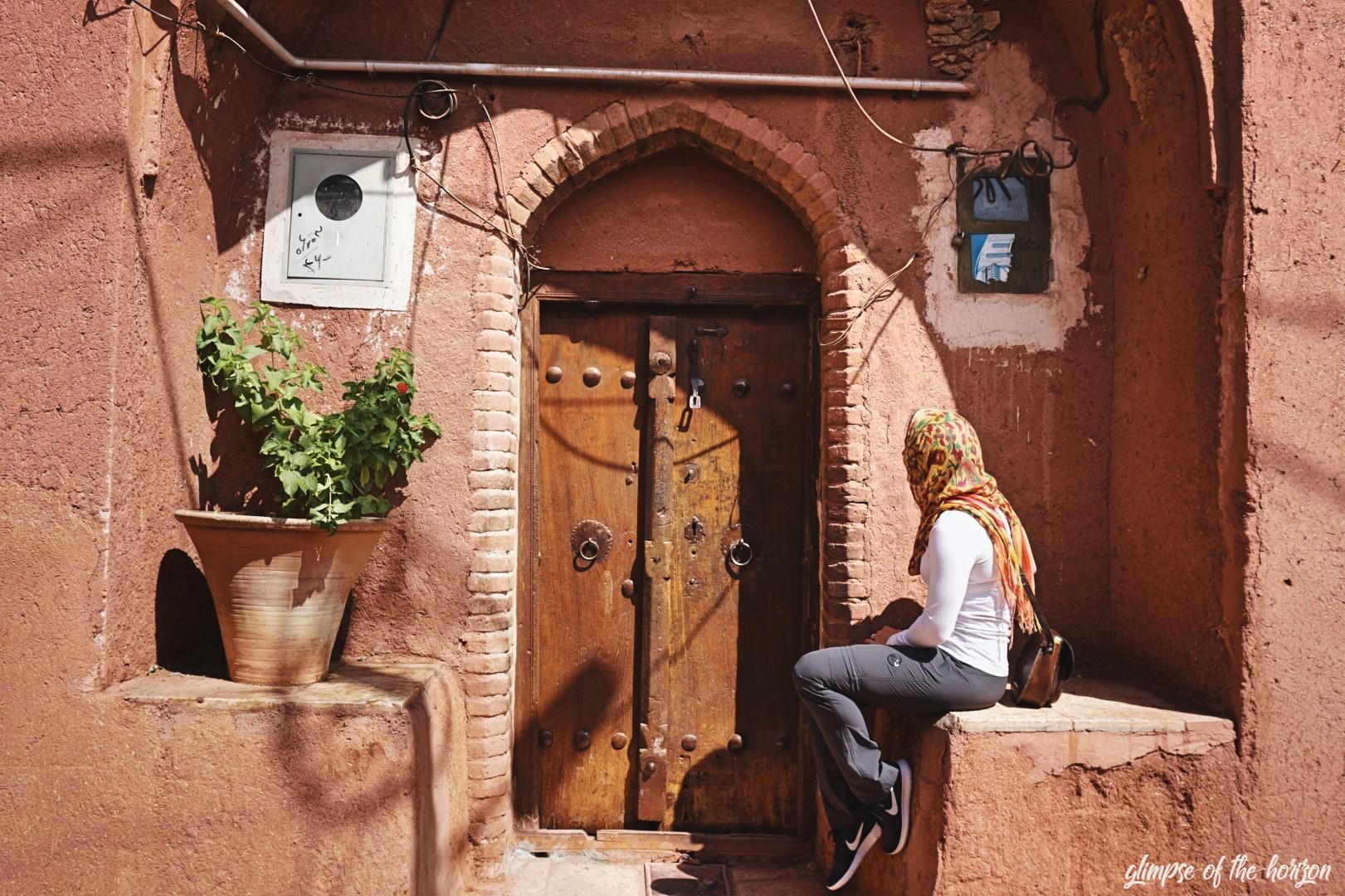 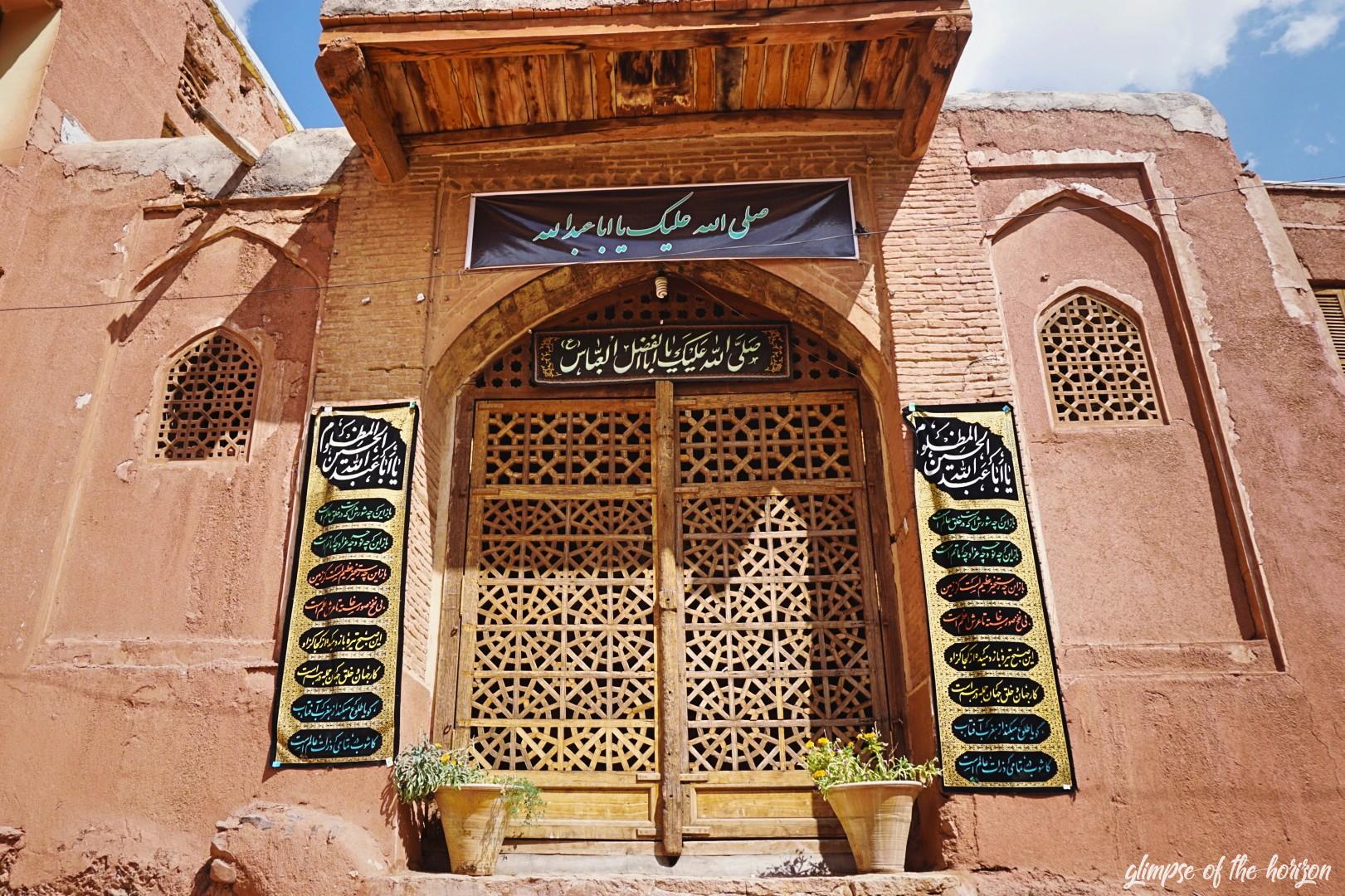 That shouldn’t sound too negative: It was very exciting and relaxing to stroll through the alleys. The crafts offered were very beautiful. And also the history around the village is very interesting. But the melancholy, which is omnipresent here, can already strike you on the mind. 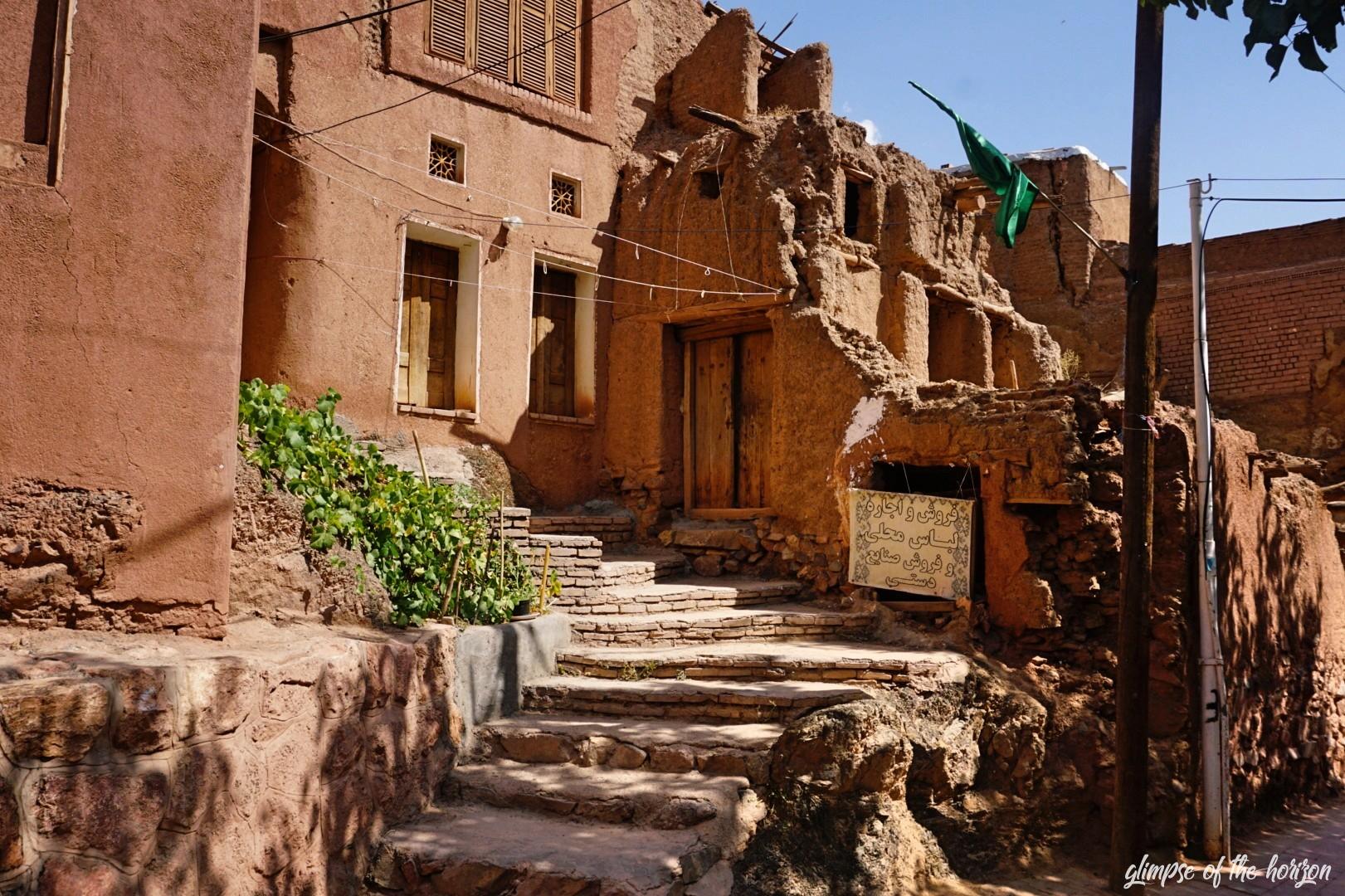 Afterwards we went to a few sights on our way, before we drove directly to Isfahan. Here a completely different big city than Tehran should expect us…