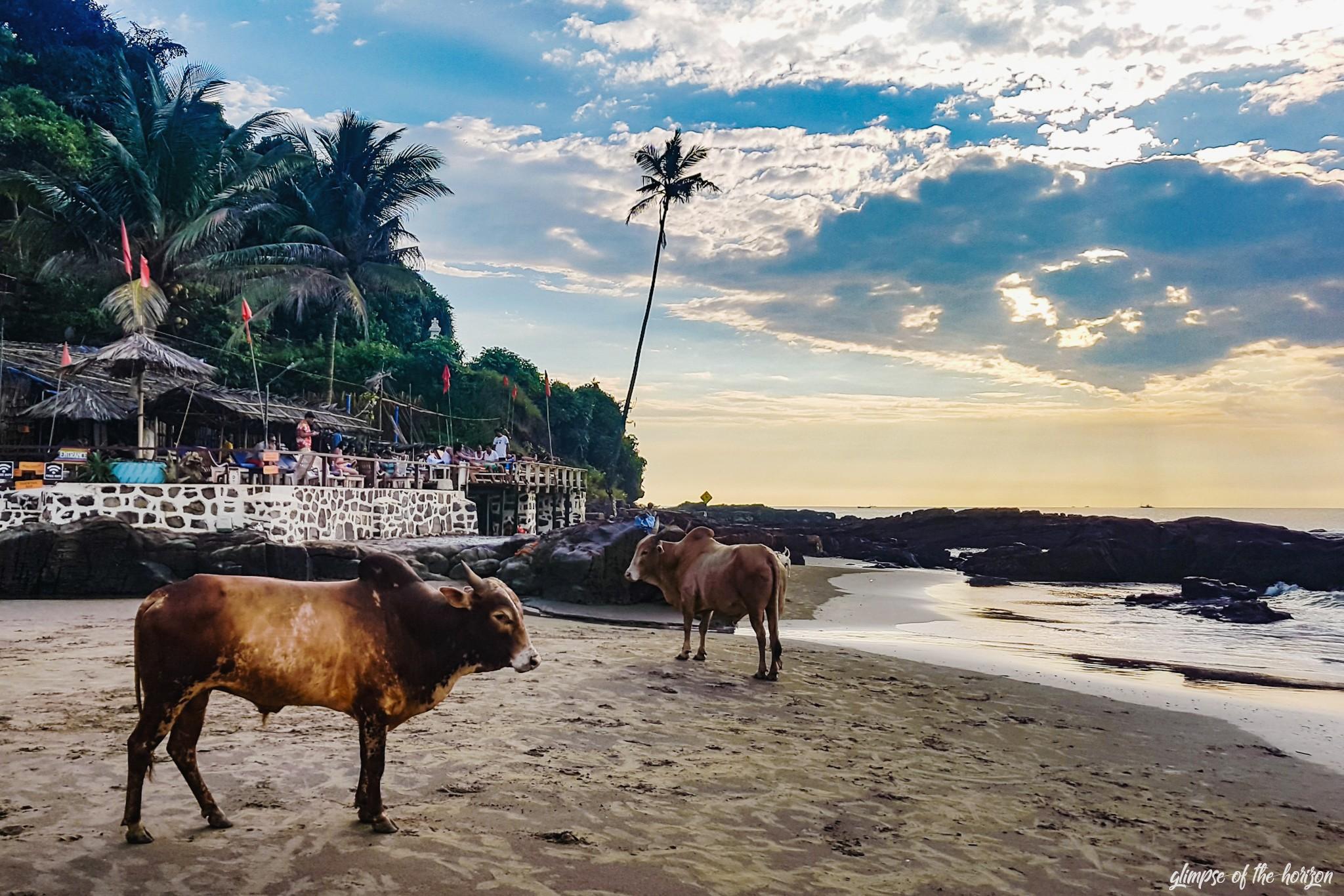 We were still under the impression of our arrival in New Delhi. We have visited many countries together over the past 10 years, but the first impression of India was special. In many respects; be it the many smells, the omnipresent noise or the sheer mass of people. After our visit to the Taj Mahal we spent a few more days in the Rajasthan region before longing for the sea.

So our way led to the south. Goa is the smallest state of India. Only in the 60’s it achieved its independence after 450 years of Portuguese colonial occupation. And this time one notices the small state at every corner. The local bus that brought us from the airport to the north of Goa was clean and on time. 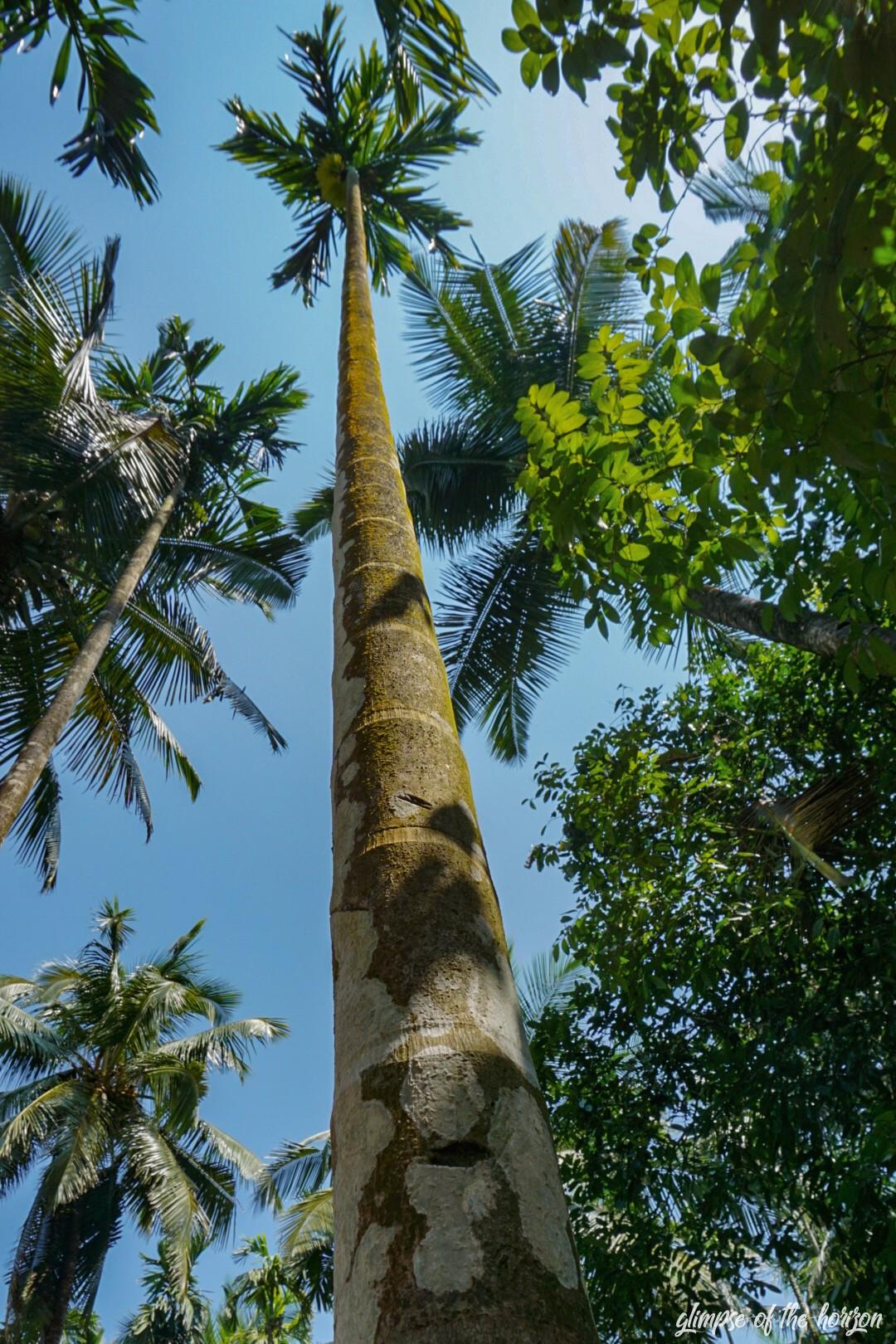 Goa is beautiful. The whole state is littered with palm trees, everything is green. It seems as if the state is putting a lot of money into the care of nature and especially the infrastructure – on our trips through Goa many roads were repaired and new bridges were built. Also, for the first time, we saw workers on the streets cleaning up. Garbage on the streets and especially on the beach is a huge problem – but much less than in New Delhi, Agra or Jaipur. 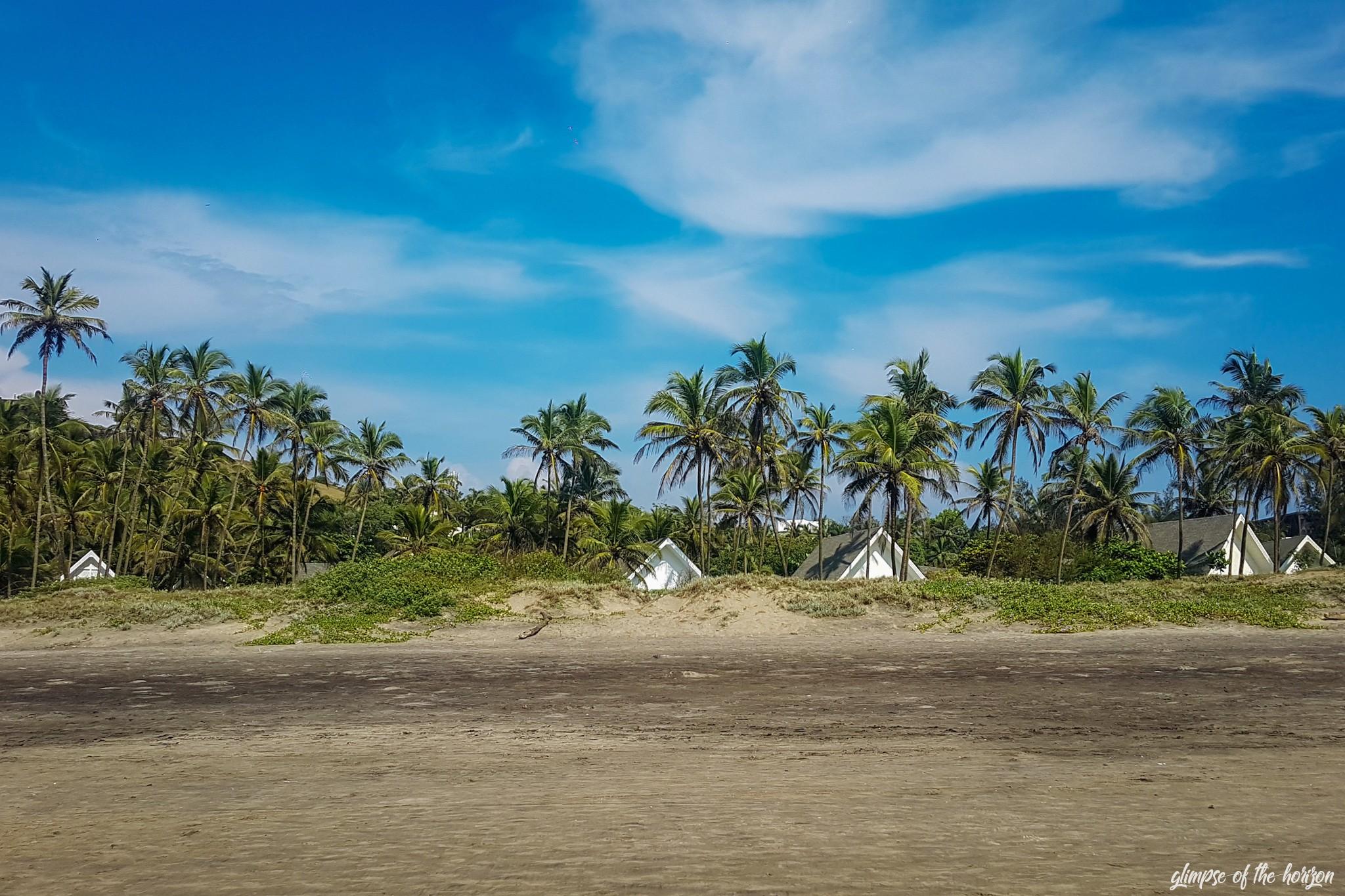 The bus ride ended in a place about twelve kilometers from our accommodation. It was dark and it rained. We were looking for a connecting bus, but we were told from all places that nothing would drive anymore. Exhausted we asked the last bus if it would go in the direction of our accommodation.

In the private bus there were schoolgirls from a girls’ school in New Delhi, who made their school trip here. “Of course, get in,” her teacher shouted to us. Her hotel would be close to our hostel. In Goa one meets many Indian tourists; it is not only a destination of foreign tourists. So we got in and sat down with the girls and their teachers. 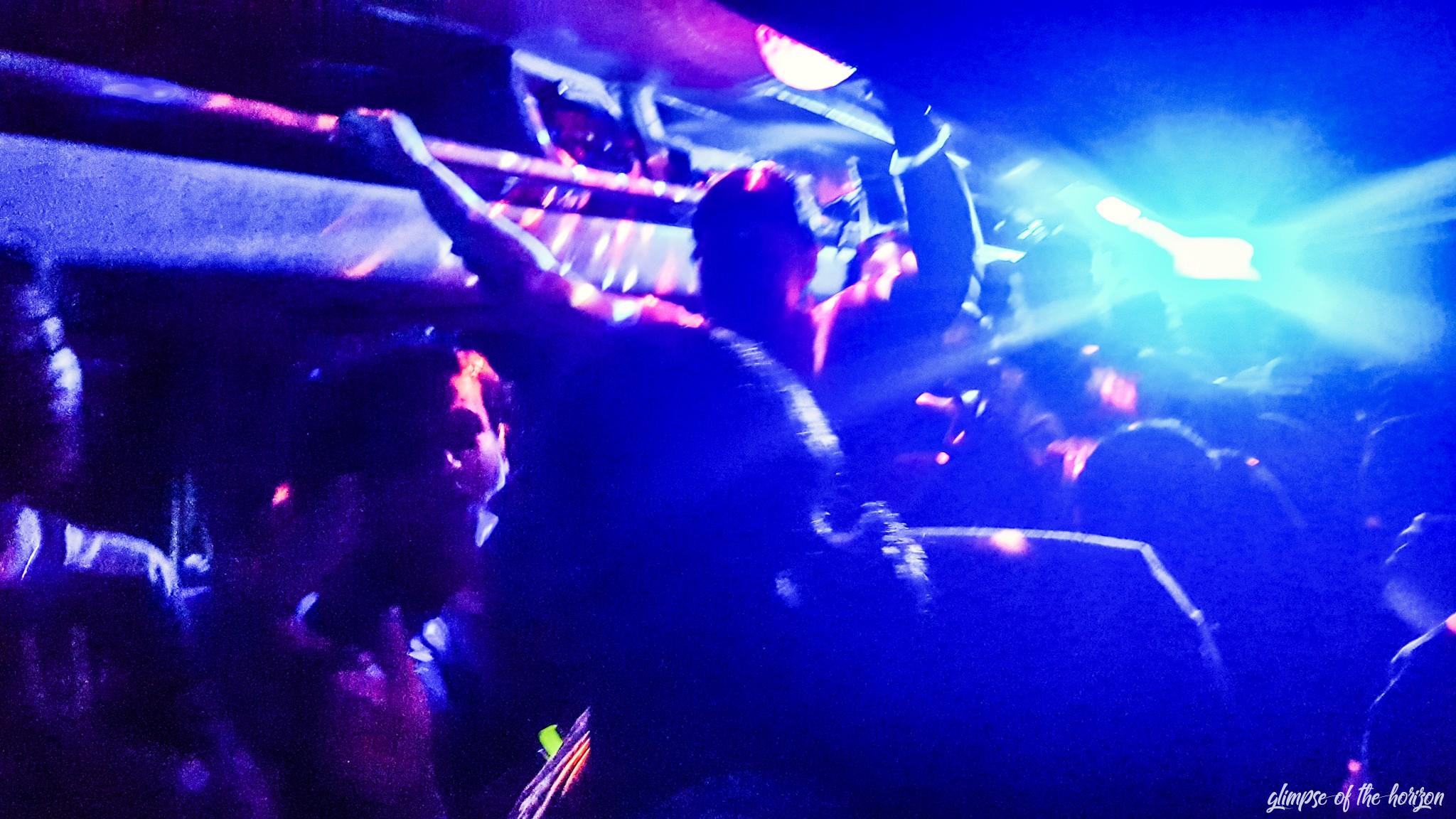 Suddenly the lights went out completely, the music became loud and many coloured lights transformed the otherwise normal looking coach into a mobile party club. Apparently the top hits for Indian youths were playing. They laughed, danced and sang along loudly. What a beautiful and unexpected introduction to Goa and what a contrast to the previously dull city life of India. 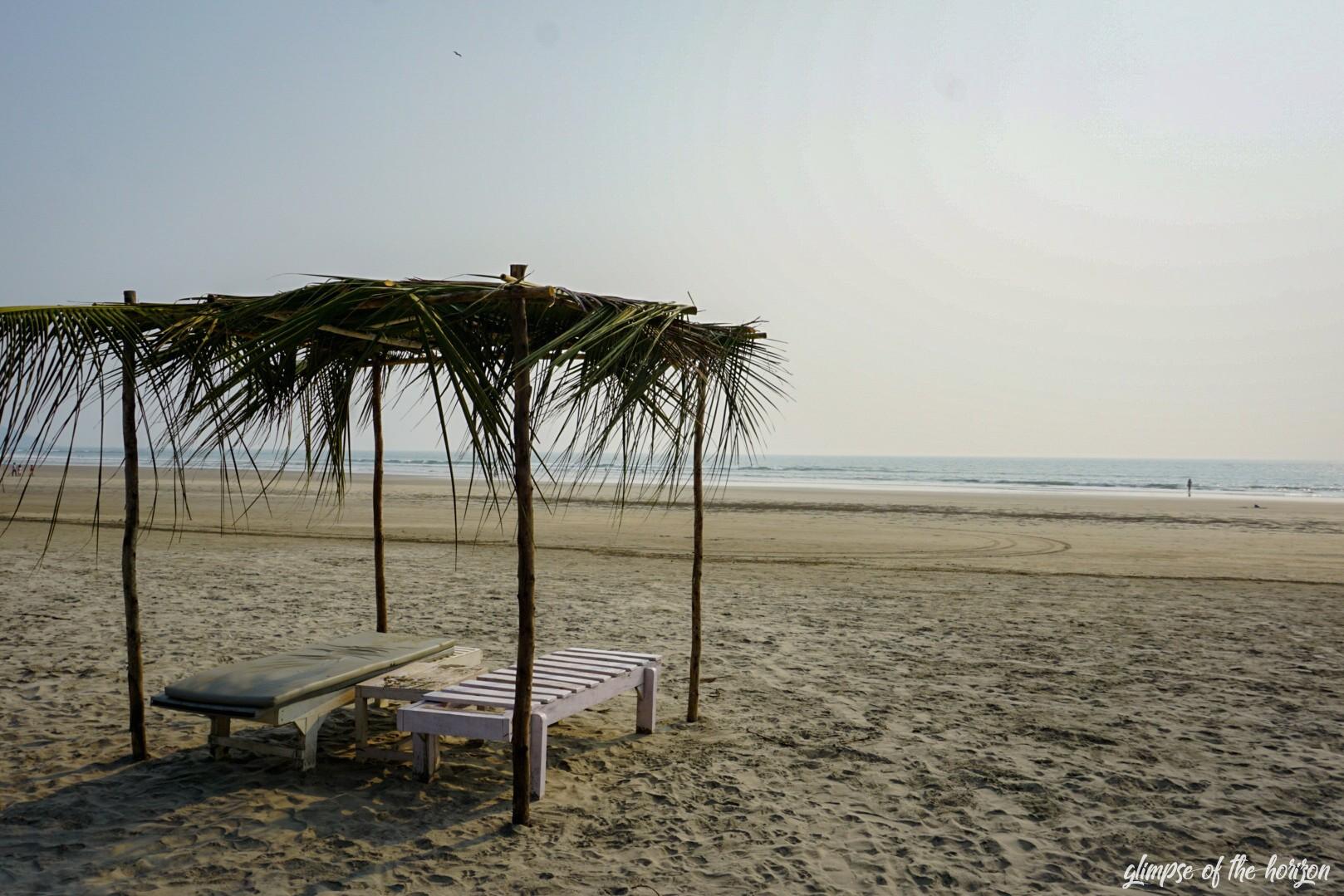 The beaches were almost empty. Hardly a foreign tourist and few Indian tourists had gotten lost here at the end of October. On some beaches cows were running free. The water was incredibly warm – we felt reminded of the Mediterranean Sea in midsummer. It was very pleasant to dive into the water here. Less pleasant was the fact that on the way to the sea one had to walk along a lot of garbage. Plastic bottles, chip bags or broken glass containers lined the way.

The rather clean India

That was particularly annoying because there are garbage cans on Goa’s beaches that are accessible to everyone. A rarity – otherwise you search in vain for rubbish bins and can understand why rubbish is lying on the streets: Where should you throw your garbage away? But here on the beach, bags were simply thrown into the sea before our eyes, bottles laid on the rocks or packages left in the sand.

And despite all this, Goa is a clean place and without exception beautiful. Everything looks better with sun and palm trees. We explored Goa from north to south and visited some colonial and later sites. The mix was very exciting: Hindu temples alternated with churches. A quarter of the Goans are Christians. One sees this influence of Portugal also above all in the many manorial and mediteranen houses, which are distributed over whole Goa. 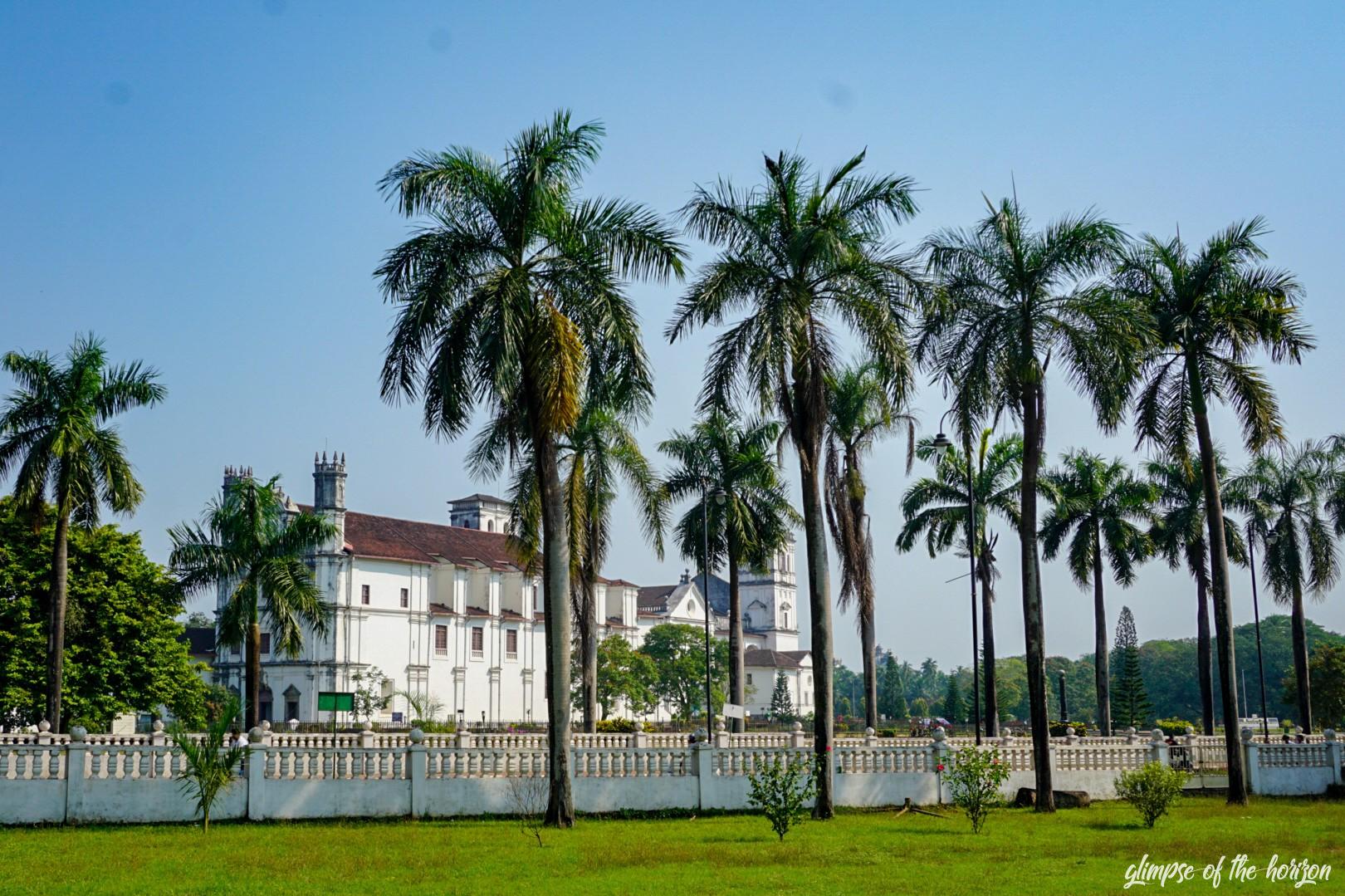 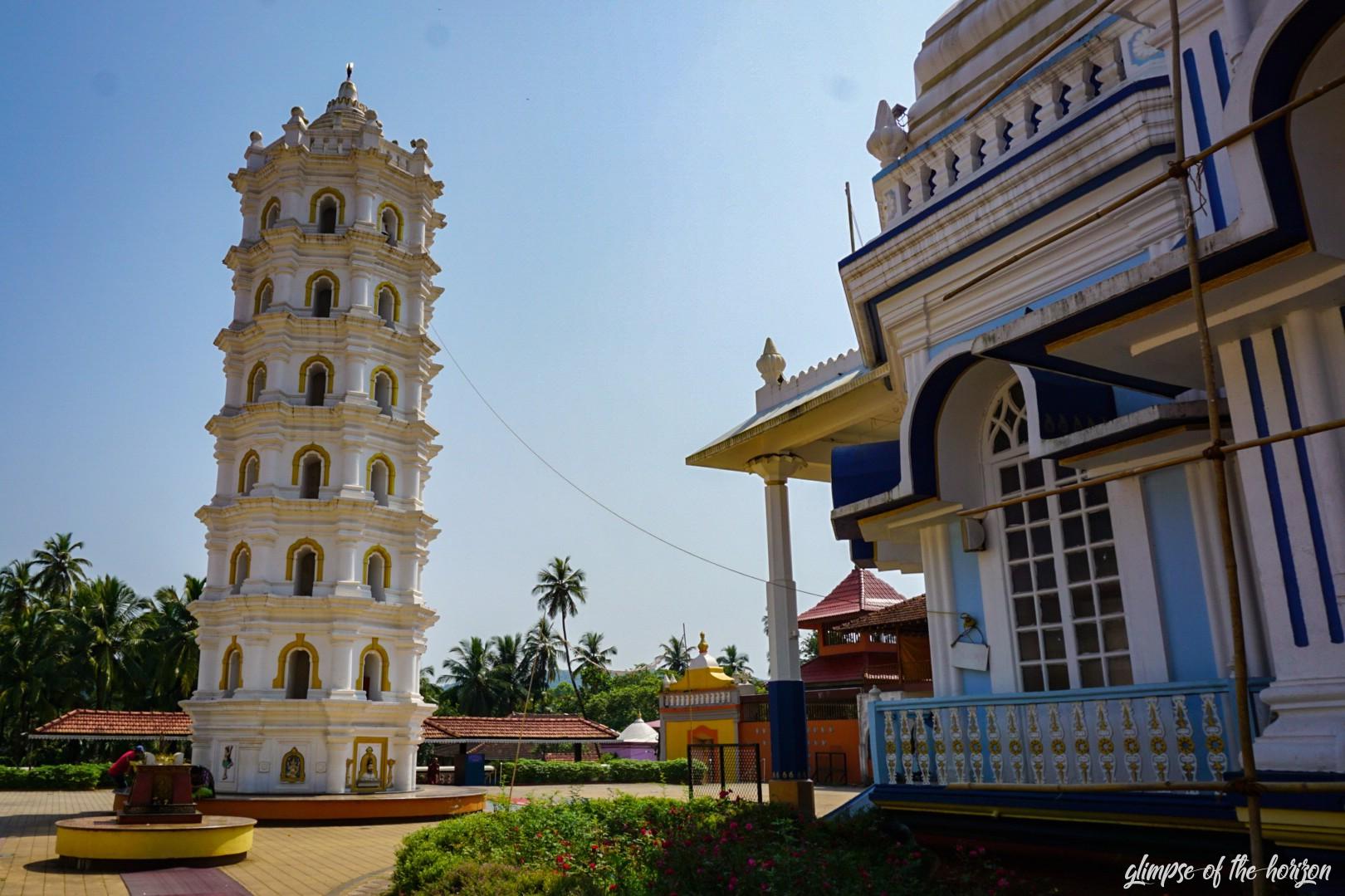 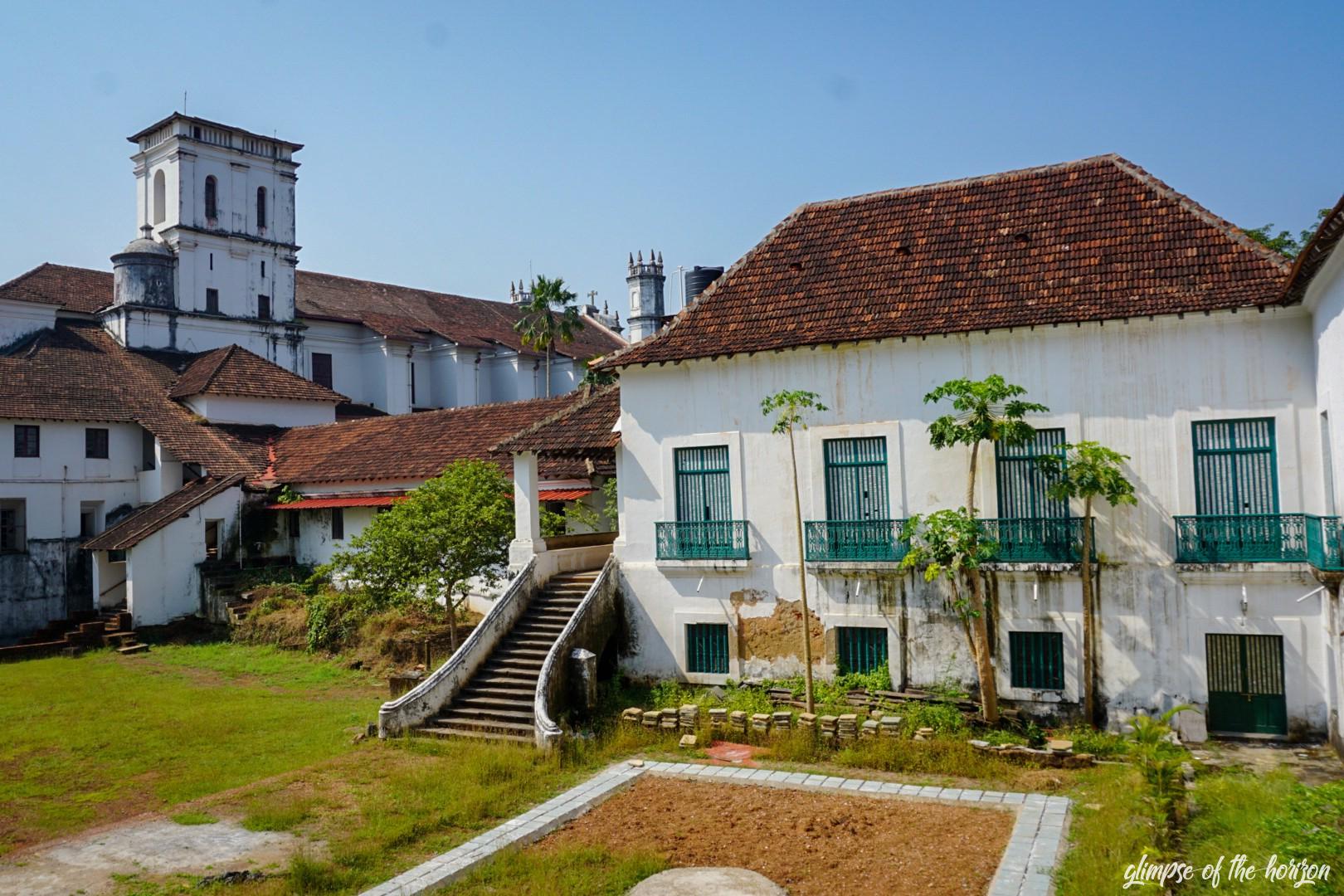 A highlight was a spice plantation in the middle of Goa. Here the most different spices were cultivated as for example vanilla, cinnamon, cardamom or turmeric. The whole area was – as typical for Goa – covered with countless palm trees. It smelled wonderfully of the different spices, nuts, fruits and vegetables that grew here. 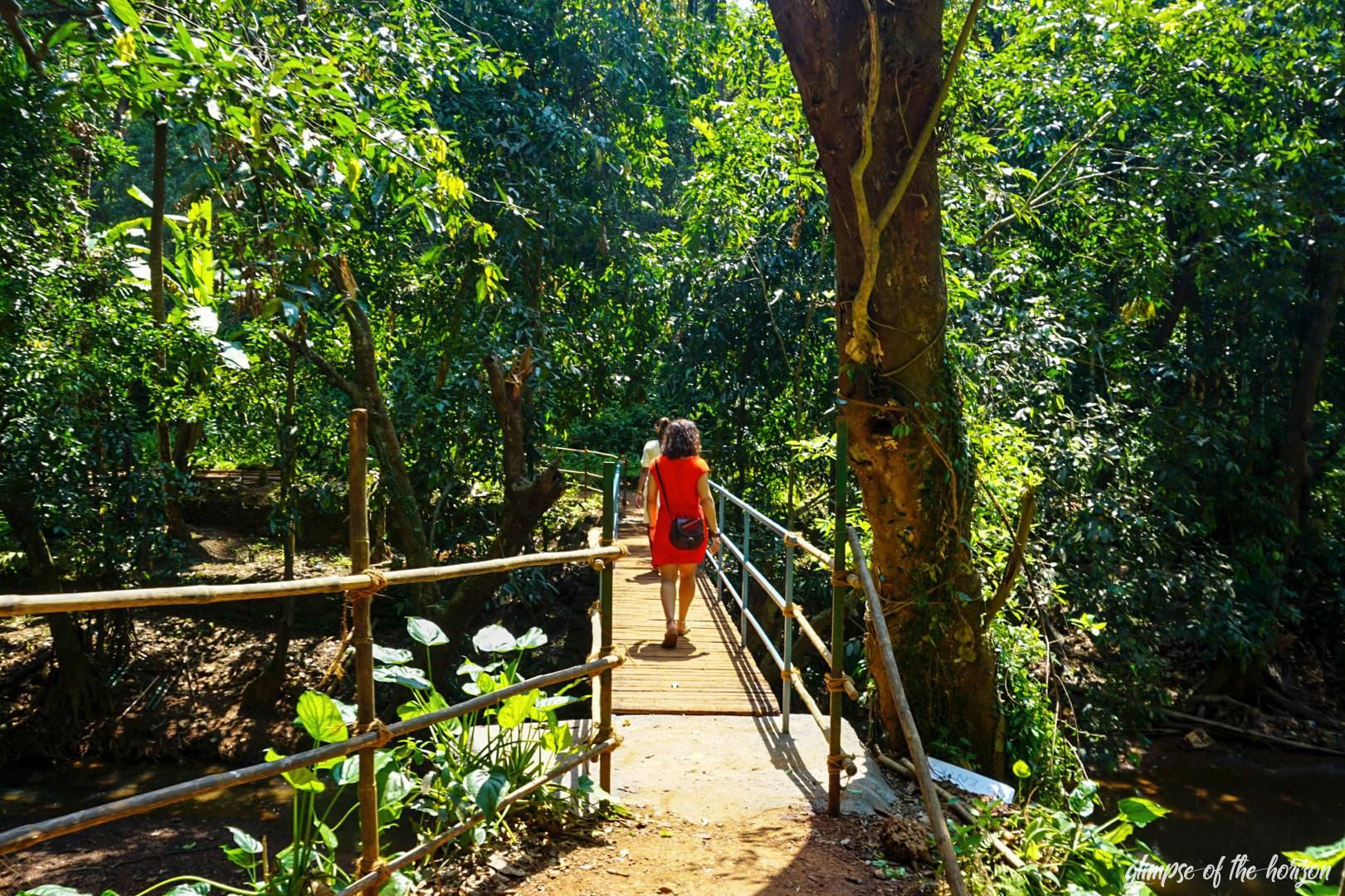 Vegetarians are the kings

At the end of our tour there was a lunch buffet for all guests. Typical Indian: There were two areas of the buffet. On one side there were vegetarian dishes, on the other non-vegetarian dishes. Here in India the vegetarians are the kings. It is common in most restaurants to explicitly list those dishes that contain meat – and not the other way round as is customary in the West. A welcome change. Especially since Indian cuisine knows how to prepare rice, potatoes and vegetables in such a way that meat is not missing. 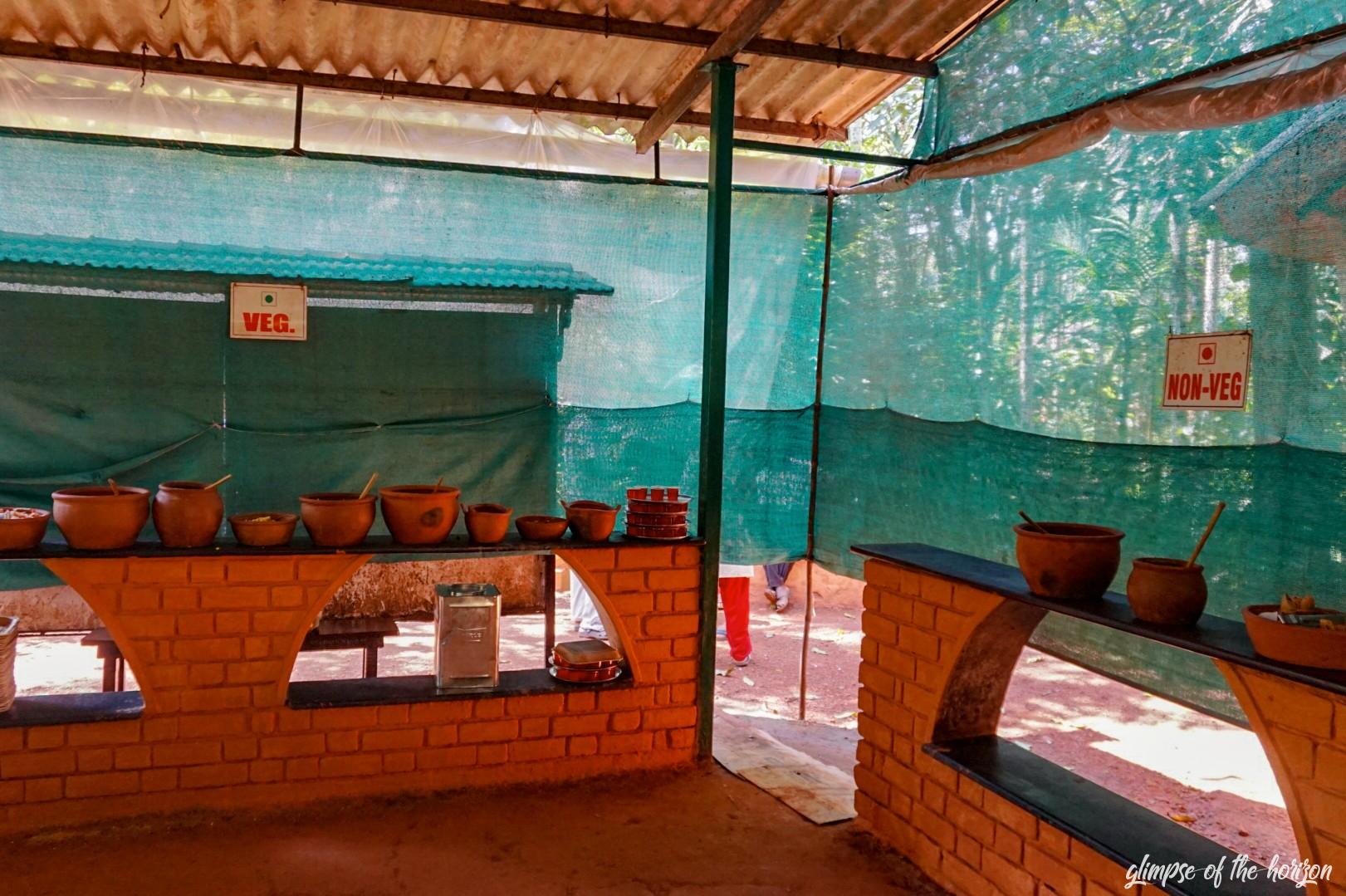 We used the days in Goa to switch off. Three packed weeks of city trips through Iran and India lay behind us. Here in Goa it was quiet, sunny and warm. The day consisted of beach, pool, fantastic Indian food and yoga. A sympathetic yoga teacher from New Delhi showed us different kinds of yoga every day. Who shouldn’t be completely relaxed after such a program? 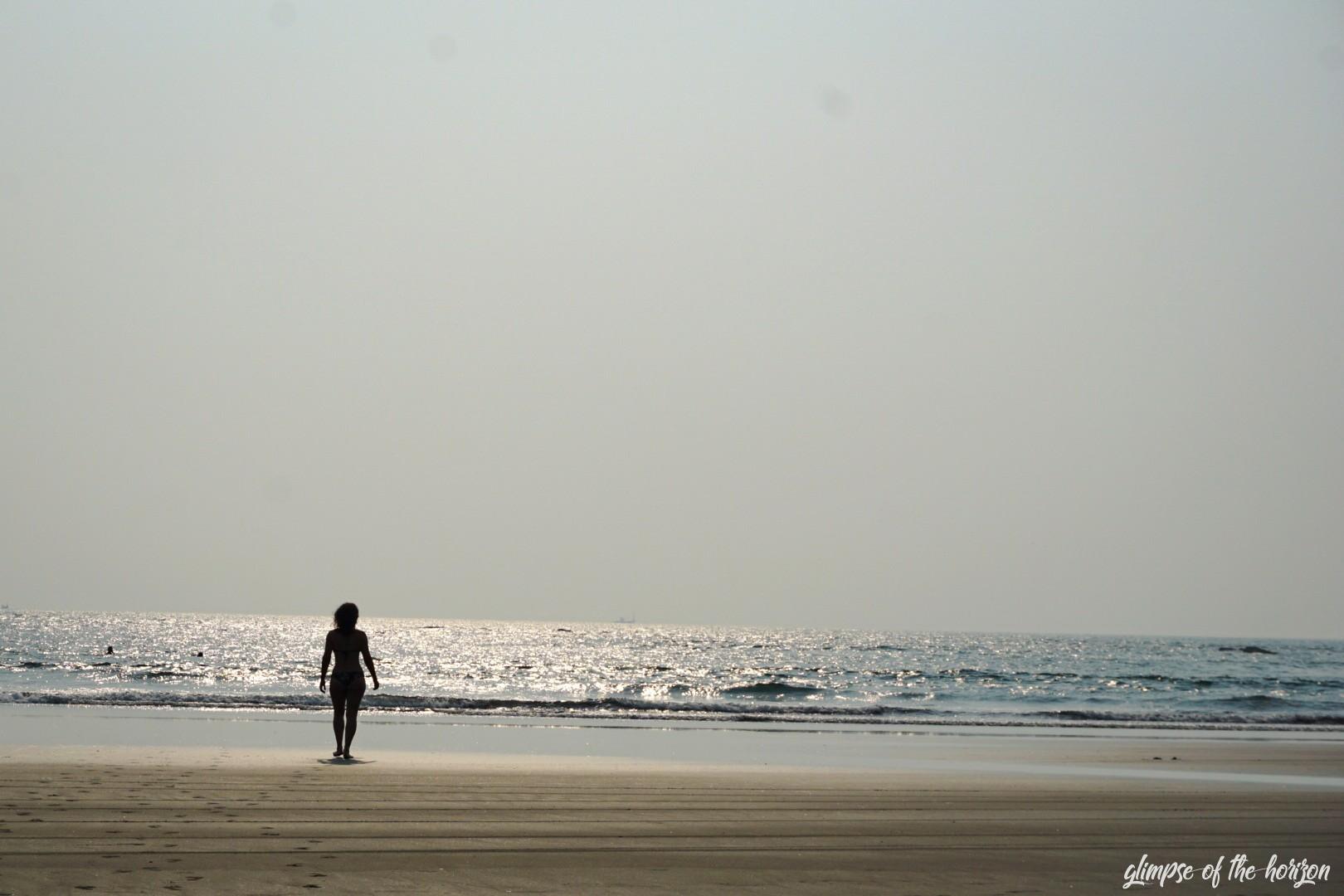 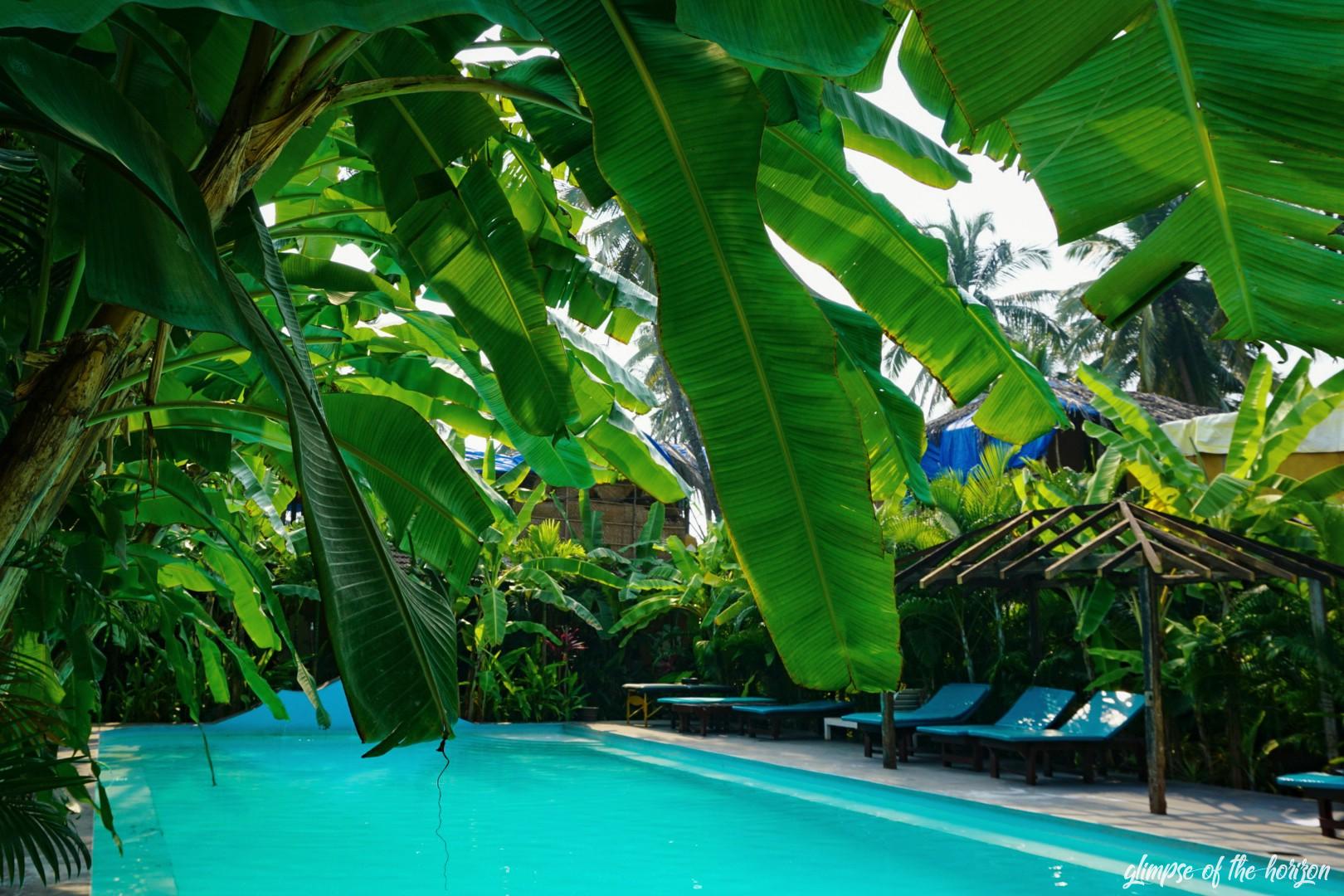 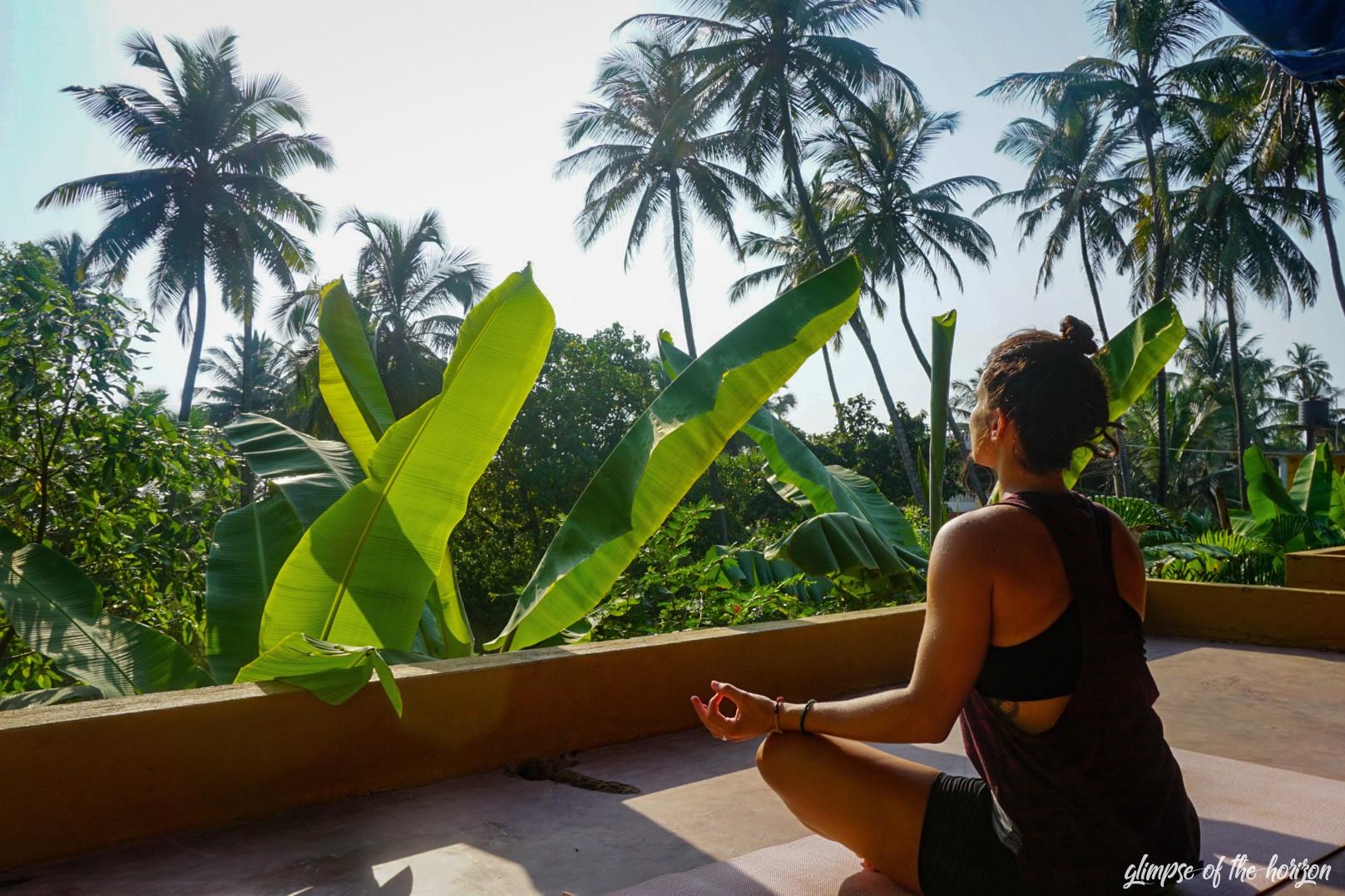 In this state we now travel on through India – a country so different and so big that it would probably take a lifetime to understand all the facets.

What Goa has left in your mind: